Service workers across U.S. go on strike in support of raising minimum wage 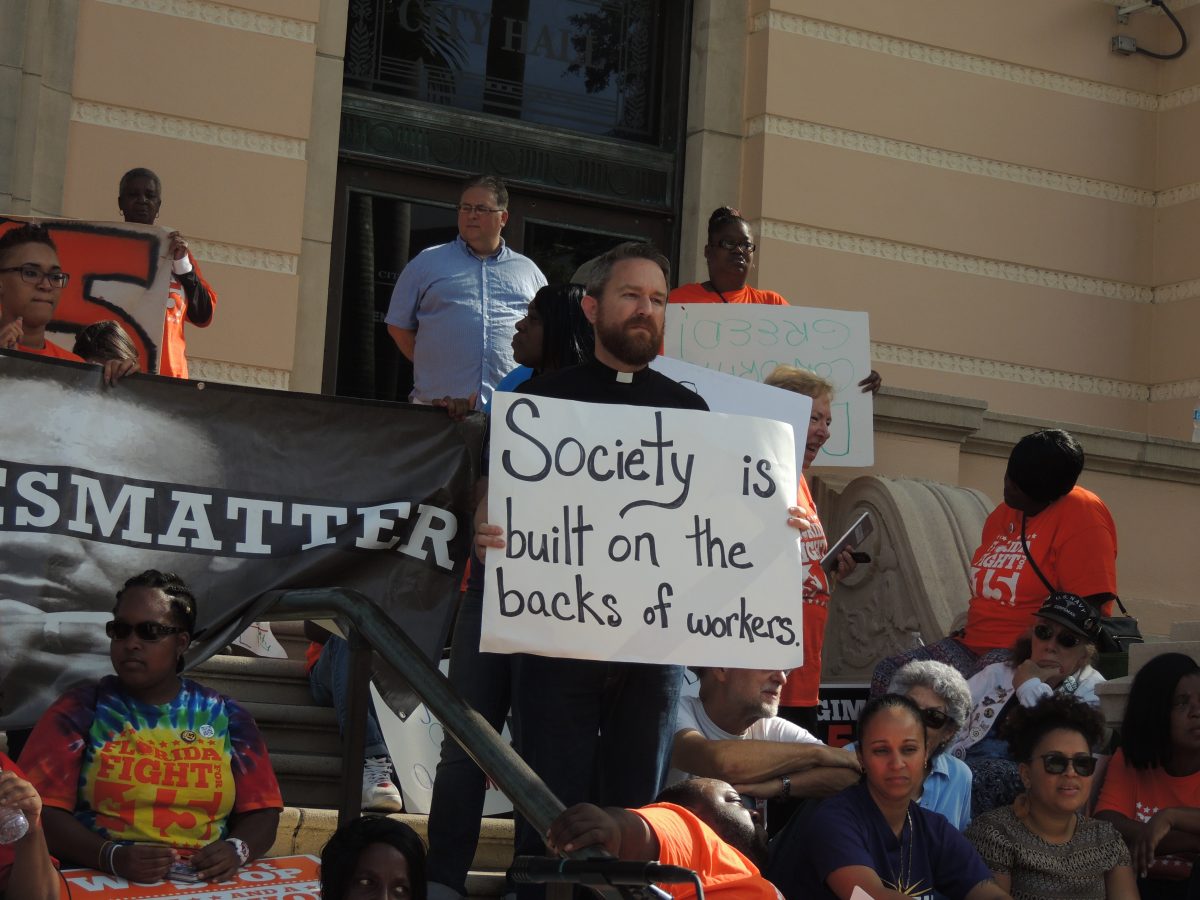 Low-wage workers across the country walked out of work today as part of what’s being called a Nationwide Fight for $15 Day of Disruption. Organizers say there were coast-to-coast strikes by workers at McDonald’s and other fast-food restaurants, as well as protests at about 20 airports including a walk-out by baggage handlers and cabin cleaners at Chicago O’Hare International Airport, hospital workers in Pittsburgh and Uber drivers in two dozen cities. At a number of the actions, police are removing protesters in handcuffs. FSRN’s Sean Kinane reports, demonstrators are demanding a fifteen-dollar-an-hour minimum wage and the right to unionize.

Phyllis Lewis makes $8.65 an hour at KFC and went on strike Tuesday as part of a nationwide series of actions by low-wage workers. She joined other striking workers outside a Tampa, Florida McDonald’s in the morning before heading to nearby St. Petersburg. There, Lewis chanted and held signs alongside 70 other workers and supporters on the steps of City Hall to rally for a $15 an hour minimum wage.

“That could help pay my insurance. We get food stamps – I wouldn’t even qualify for food stamps,” says Lewis. “The money they’re paying me for food stamps, paying my hospital bills, my doctor bill – $15 an hour would put me up where I don’t have to ask and beg nobody for help.”

Organizers say similar demonstrations and walkouts took place in around 300 cities. The Fight for 15 movement has organized multiple actions in the last three years but federal minimum wage rates have remained unchanged since 2009. The movement, however, can cite some local-level success stories with cities like Seattle, New York, Chicago, San Francisco and Los Angeles approving minimum wage hikes to $15 for some – if not all – workers within municipal limits.