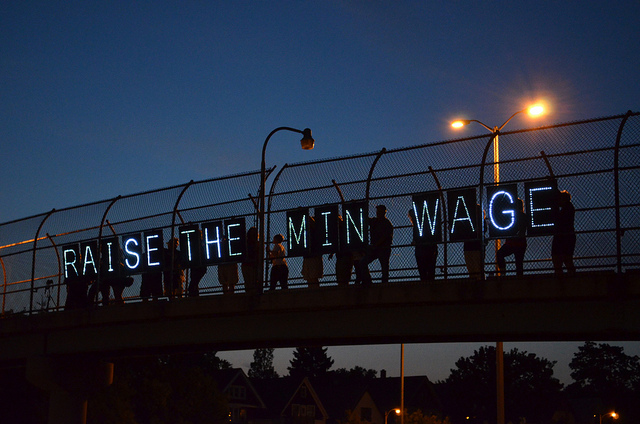 Despite the Republican gains in this week’s mid-term polls, a number of more traditionally liberal initiatives passed at the ballot box in local elections; among them – minimum wage hikes. Voters in four states found base wage boosts on the ballot – and they approved them in all four. But as with other issues like legalizing marijuana, the results contrasted the voters’ will regarding Congressional seats. FSRN’s Nell Abram talked with Pete Davis, an activist with the  Time for a Raise campaign, about the wage hikes and the outlook for a federal wage increase in the now Republican dominated Congress. Davis began with a review of the ballot measures.