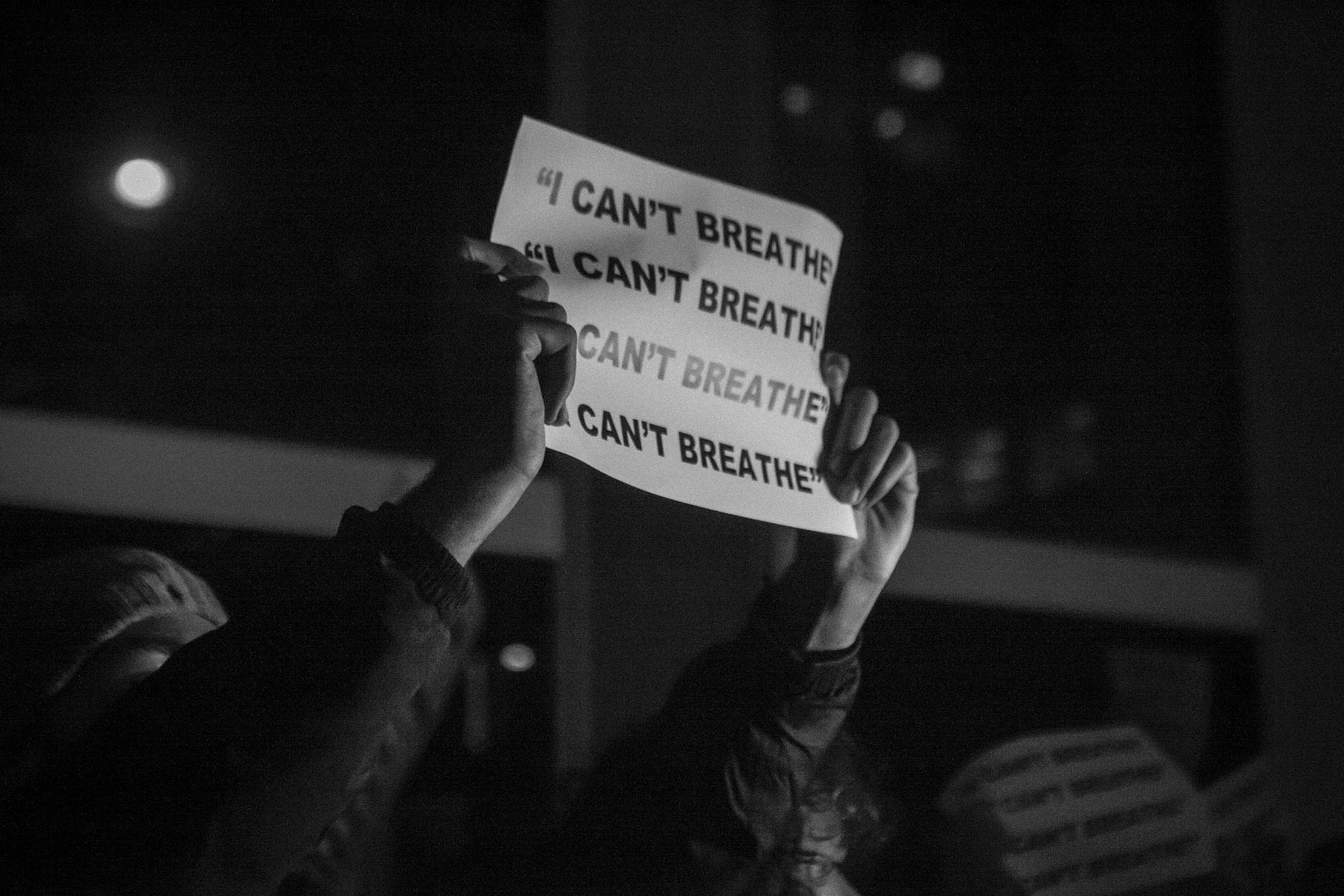 The name Eric Garner is now enshrined in a grim annal of history.

It joins Mike Brown, Ramarley Graham, Alan Bluford, D’Andre Hamilton and thousands of others who were murdered my those their taxes helped pay for: cops.

In many ways, Garner’s case is even more egregious than Brown’s for it was videotaped and one sees his takedown, his incessant choking, his unconsciousness and shortly thereafter, his death.

Now the words “I can’t breathe” have become joined with the cry “hands up” – reminders of the Garner and Brown killings at the hands of police.

Both cases are also noted for the behavior of grand juries, which now appear reckless beyond belief in their inability to return indictments against cops.

The grand jury immigrated here from England where, as it was then called “grand assizes” – a body of about a dozen knights under the direction of a baron or some other noble – would investigate cases and charge people. Later they became tools of the king.

Today, they are instruments of the prosecutors and used, just as under kings, to target whom they wish and to clear whom they wish.

Outrage stems from the long history of its use to protect cops. Yes, even killer cops.

This, while the nation is really awash in mass incarceration, the majority of whom have never had a grand jury indictment, unlike the average cop.

The system is constructed to protect cops, no matter how outrageous their behavior. That’s just a fact.

And as the nation now celebrates historic events from the Civil Rights movement of half a century ago. The grim and ugly present of Black life and Black death in America makes that glowing history feel hollow indeed.

These commentaries are made possible by Prison Radio.