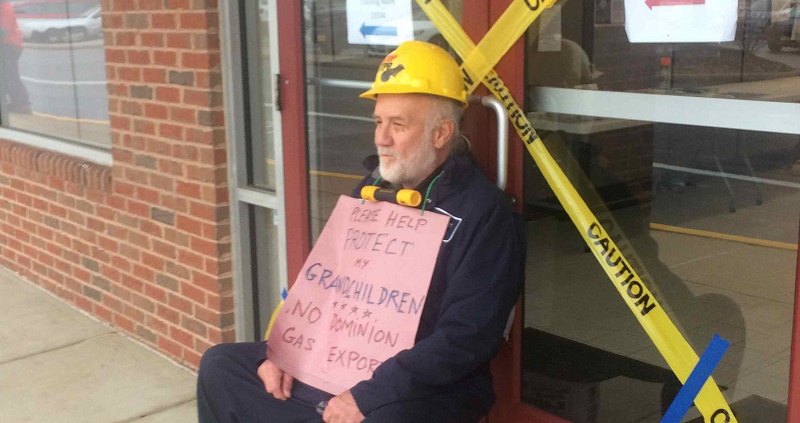 A coalition of local residents and state and national environmental groups held a series of protests this week against the construction of a natural gas export facility on Maryland’s Eastern Shore. FSRN’s Nell Abram talks about Cove Point and its national and global implications with 71-year-old, longtime activist Steven Norris who was arrested during actions at the site this week.

Nine demonstrators were arrested during three days of actions aimed at slowing construction of the Cove Point natural gas liquification plant and export terminal located on the banks of the Eastern Shore in Maryland. The Federal Energy Regulatory Commission, or FERC, signed off on the Dominion Resources project in September. If completed, the export terminal will be the first such operational facility on the U.S. East Coast. Last month, resistance groups held a week of actions in Washington, D.C. demanding that FERC stop what they call “rubberstamping” fracking infrastructure projects – like the Cove Point facility.