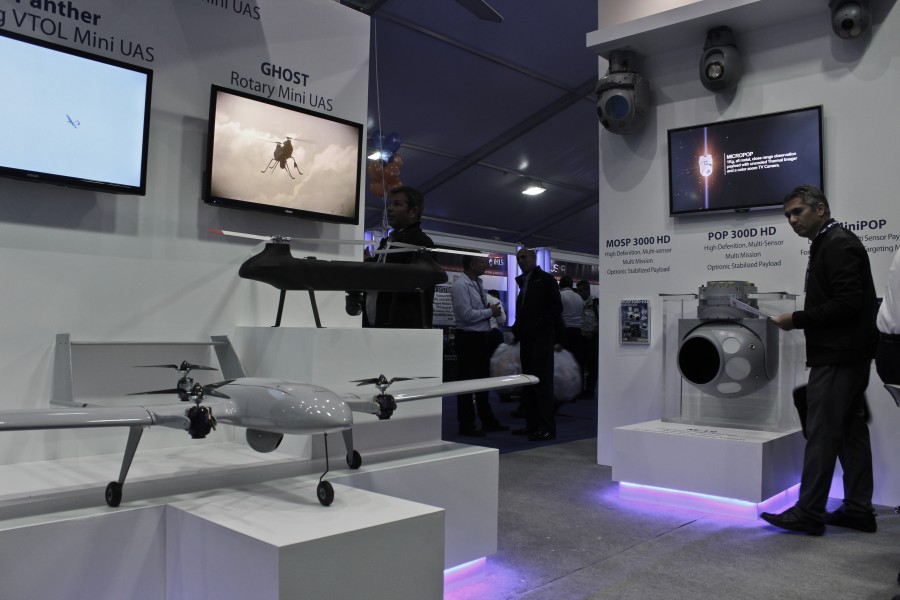 Wikileaks this week published a CIA assessment of its program to assassinate so-called “high value targets.”  In the internal secret report from 2009, the CIA recognized the program could be counterproductive in that targeted killings “may increase support for the insurgents, particularly if these strikes enhance insurgent leaders’ lore, if non-combatants are killed in the attacks, if legitimate or semi-legitimate politicians aligned with the insurgents are targeted, or if the government is already seen as overly repressive or violent.” According to the Bureau of Investigative Journalism, within one year of the report’s internal publication, casualties attributed to  drone strikes in Pakistan reached historic highs.

The use of weaponized and surveillance drones is often associated with the no-longer-secret CIA program, but the U.S. actually restricts the sale of unmanned aerial vehicles. However, a close military ally of the U.S. has cornered the market, becoming the world’s top exporter of UAV technology. FSRN’s Lena Odgaard visited a recent UAV expo event in Israel and files this report.

More than 3000 people braved the early winter rains in the Israeli city of Rishon Lezion for a glimpse of some of the newest military gadgetry in the area of defense technology. In a large white tent, leading Israeli military officials, academics and CEOs held lectures sharing their knowledge and experiences while in another, companies showcased their products.

The second of its kind, the Autonomous Unmanned Systems and Robotics conference and expo was organized by Israel’s Homeland Security – a media hub dedicated to the topic of military technology. Editor-in-chief, Aerie Elad explained that Israel is a leading power in unmanned aerial vehicles, so-called UAVs, also known as drones because “Israel has been developing and making UAVs for the past 40 years.”

Elad added that the expo was a chance for Israeli companies to showcase their latest innovations, which were used in the summer’s war, saying “In Gaza and Protective Edge many UAVs were used and people want to know what are the lessons that we can learn from the Protective Edge because it was the real demonstration of how can you use UAVs in a real war.”

Though Israel is smaller than New Jersey, it was the seventh largest arms exporter in 2013 with sales of more than 7 billion dollars. Israel overtook the U.S. last year as the leading exporter of UAVs.

A shiny white and blue drone the size of small airplane was a favorite backdrop for expo guests taking selfies while other, smaller UAVs drew the attention of prospective buyers interested in their potential for surveillance and intelligence gathering or airstrikes.

Standing under a small white hot air balloon, Amir Vizel from the company RT explained that the system is called an aerostat and that they can “carry any kind of sensor, any kind of load, we are talking about cameras, cellular, transmitter, antennas anything you can think of.”

The balloons can be launched close to sensitive border areas with cameras that can see up to 15 kilometers – or just under ten miles.

They are already being used in Gaza, the West Bank and Jerusalem. According to Vizel, the key to the success of the defense technology sector is Israeli companies and employees experiences.

Elad agrees. He attributes a growing interest for Israeli made UAVs to the fact that they have been tested and that when a customer hears that a system is combat-proven, “he takes out his credit card more easily.”

But according to political science professor at Ben Gurion University, Neve Gordon, the lucrative high-tech defense industry diminishes Israel’s incentive for ending the occupation of Palestinian territories. He says the military industry “is one of Israel’s major export industries and therefore the country’s economy is depending on it and so you will have some kind of vicious cycle that in order for the economy to thrive we need this industry to continue working and in order for this industry to be as good as it is we need a laboratory to test its merchandise and fine tune it.”

Gordon says the sheer size of the Israeli arms industry and its export market means that even in times of war the Israeli economy isn’t affected. “In that sense there is no price to the war on Israeli society. Another issue is the drones, which also reduces the price of war because drone warfare is a warfare that no one gets hurt on the side that owns the drones. So there is really very little price to the conflict and that sustains the conflict.”

Back at the expo, conference organizer Aerie Elad rejected the notion that the conference or industry encouraged war, saying “there are commercial events like these all over the world and a war is war and the industry wants to show what is does. In Israel we have war all the time.”

Neither Elad nor any of the companies displaying their unmanned systems would reveal which countries have purchased their products. But according to a 2013 study by Frost and Sullivan, a consultancy firm analyzing global market trends, more than half of Israeli exports of military drones were to Europe (mainly the UK), a third went to Asia-Pacific countries (especially India), while four percent went to the United States.