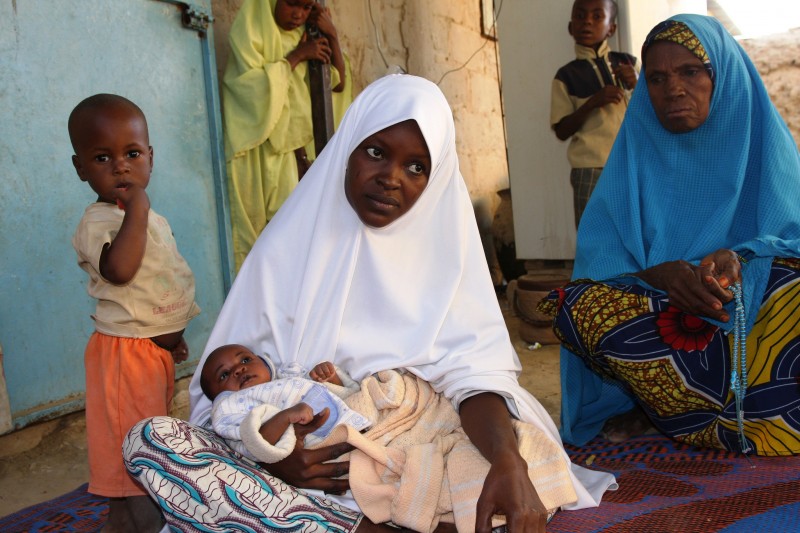 Women and children who fled a similar attack by Boko Haram just weeks before the one in Gumsuri in which about 200 people were abducted December 14th, 2014. (Photo Credit: European Commission DG ECHO via Flickr Creative Commons)

The jihadist group Boko Haram has allegedly abducted about two hundred women and girls from a remote village in northeastern Nigeria. The same group is responsible for the kidnapping of more than 200 school girls from a nearby town in April. Sam Olukoya reports from Lagos.

The latest abduction occurred in Gumsuri village in Borno State. About thirty people were killed during the incident. Although the events occurred on Sunday, the news has only just become public due to the remote nature of the village.

While Boko Haram has not yet claimed responsibility, most here hold the group accountable for violent acts including suicide bombings in the last years, as well as a spate of abductions. Most of those kidnapped are women who are used as sex slaves. The Nigerian military is combating the Boko Haram insurgency but many ordinary Nigerians like Mayowa Adebola believe the Army is not doing enough.

“The continuous abduction of these villagers tell that the military are actually weak and they can’t contain the menace of these insurgents in the north,” Adebola says.

The latest abduction comes a day after 54 soldiers accused of mutiny were condemned to death. The soldiers were tried following their refusal to join some operations aimed at recapturing lost territories from Boko Haram. In related developments, officials in Cameroon say they killed more than 100 Boko Haram members who had launched an attack on a military base near the border with Nigeria.