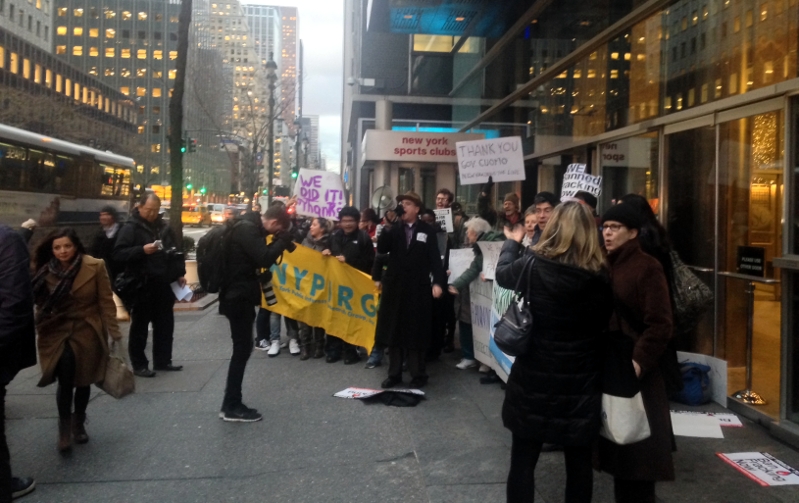 New York governor Andrew Cuomo announced during a year-end cabinet meeting Wednesday that the state will ban the controversial practice of hydraulic fracturing – or fracking – for natural gas. This makes New York the first U.S. state to implement a statewide ban on the fracking.

Cuomo said that he deferred to his environmental and health commissioners who concluded shale development carried insufficiently studied risks.

The state health commissioner compared the current understanding of the health risks of fracking to those of second-hand smoke many years ago, emphasizing that further scientific study will be necessary.

The Department of Environmental Conservation will issue a final Environmental Impact Statement – or EIS – early next year and after that issue an order prohibiting fracking.

The Marcellus Shale, a geological formation that lies under the southern tier of New York, Pennsylvania, Ohio and West Virginia contains large deposits of natural gas that is of great interest to oil and gas companies.

The method for releasing the gas involves drilling vertically and then horizontally blasting the rock apart to release the gas using sand and chemically-treated water at high pressure. The method has yielded tens of billions of dollars of profits for oil and gas companies and contributed to the U.S. becoming an energy supplier rather than importer. However the methods of extraction and its after-effects and wastewater disposal have led to national protests and complaints over air and water pollution, stepped up earthquakes, property devaluation and health impacts.

The New York governor was lobbied equally by anti-frackers and oil and gas interests. After the announcement, the industry said Cuomo has acted irresponsibly and threatened the state’s economy. But the news shocked and excited anti-fracking activists in New York who have spent the past six years aggressively pursuing a statewide ban.

Hours after the announcement, a small but enthusiastic crowd gathered outside the governor’s offices in midtown New York City to celebrate the rare victory and to thank the governor. FSRN’s Rebecca Myles was there.

Alex Beauchamp, northeast regional director for Food and Water Watch: “I wouldn’t say I expected it but I think it is fantastic news. I think the governor’s always said he will listen to the science. Today he did that. There is an overwhelming body of science that fracking harms our public health, harms our environment.  At the cabinet meeting today, Governor Cuomo pointed to that and made the reasonable decision that we have to keep fracking out of New York. So we are incredibly excited and we want to thank the governor for protecting the health of all New Yorkers.”

Ken Gale, New York City resident, environmentalist and producer of “Ecologic” environmental radio show on WBAI Pacifica Radio: “I was standing around in stunned disbelief to quote the 1986 World Series.  I have to admit I was waiting for more emails. I went to am radio and sure enough they were announcing it as a top story.  A friend of mine checked the Times website it was their top story.  I went ‘Okay it’s real! It’s real! and then I got the email about this little celebration rally, sometimes you don’t have to protest… We do need to celebrate our victories and we do need to remember we are effective.”

Al Appleton, former Commissioner for Environmental Protection for New York City, international environmental consultant on sustainability and technical consultant to a number of anti-fracking groups: “The interesting thing about this movement is there’s an enormous amount of people power but also an enormous amount of technical and intellectual power involved. Fourteen thousand comments were made on the EIS. Many, if not most, of those comments were complicated, technical comments about the geology of the shale, the character of the chemicals, the movement of groundwater. That was an overwhelming body of material, the body of material on healthcare. When the Commissioner stepped up to the plate, he was facing dozens of groups that had done detailed health analysis so it was not just, ‘We don’t like this!’ but, ‘We have very good reasons for not liking this.’”

Lesley Raider, anti-fracking activist for the last two years: “I initially started on this path because I was purchasing land in the southern tier. I was not really clued in on what was going on. And when I was looking at parcels of land, the realtors were advising me to look at what’s called a gas map. So, I searched for it and found it and it showed every property owner who had leased their land for drilling and it was literally fifty percent. I was like ‘I don’t want any land here!’ And I thought I didn’t want to just abandon this idea or the people while I’m getting out of here because everyone has leased their land. I should do something about this, and that’s how it started. I just can’t walk away from this… So next I do think trying to get a very strong renewal energy movement , we have to get this going. We have to commit to solar and wind especially when you see in Germany, and it’s cloudy dark country in the winter, and they have enormous amounts of their electricity powered by solar. So it’s like come on, we have no excuses.”