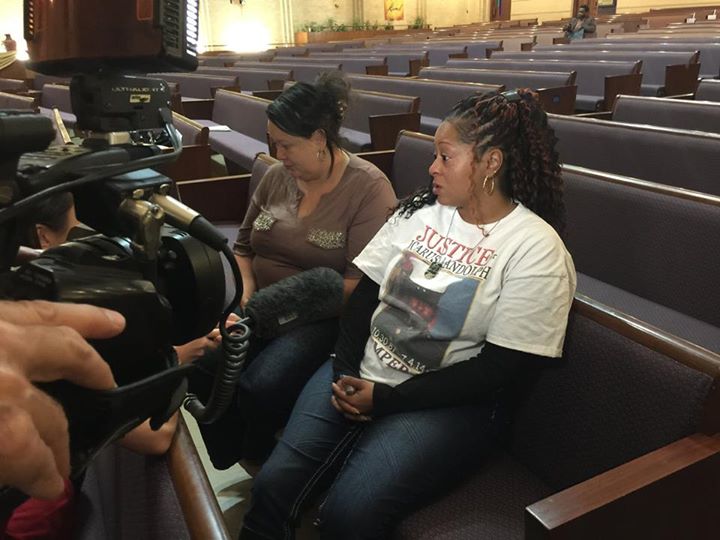 Support for mandating the use of officer-worn body cameras has surged as a movement for police accountability gains momentum nationwide. It’s also the accountability mechanism that has encountered the least resistance from police departments and high-level authorities. The White House recently requested 236 million dollars to fund the purchase of body cameras, a request Congress denied last week. But local police departments are moving ahead with equipment acquisitions.

The mayor of Los Angeles announced Tuesday the city will be spending more than one million dollars in privately-raised funds to outfit all seven thousand of its police officers with cameras. Harris County, which includes the city of Houston, made a similar announcement this week, only that the funding will come from asset seizures.

The White House has joined the myriad of voices suggesting the use of officer-worn body cameras as an accountability measure. Some police departments had already announced plans to equip officers with body cams, among them, the Wichita Police Department.

Wichita Interim Police Chief Nelson Mosley announced the department would be spending $1.5 million on 450 body-cameras, a day after the nearby town of Hutchinson released dash-cam footage to the media of an officer-involved shooting there.

Mosley said as of December 2015, the entire department would be the first of its size to be fully equipped with cameras.

“We strive for transparency in all officer-involved shootings; before, during and after,” commented Mosley in a press conference announcing the measure. Fitting the entire Wichita police force with body cameras is one of several changes Mosley says the department is making to maintain what he calls “an open door policy” with the community.

“We also found during the process that we could better our communications with families that are impacted by officer involved shootings,” the interim police chief told reporters. “In fact, in this last situation, we reached out to the family members and have done a better job. We have recognized a need to better our communication with family members directly impacted, as well as members of our department with our crisis team.”

Mosley was referring to a fatal officer-involved shooting of a young black man in Wichita during the summer. Family members of the victim say a camera could have prevented the fatal July fourth shooting of 26-year-old Icarus Randolph.

Hi sister, Ida Allen, says Randolph – a U.S. combat veteran of the Iraq War- suffered from post traumatic stress disorder which was escalating from fireworks going off that day. Concerned Randolph was going to hurt himself, his family made what they say was a distress call to Wichita police.

Mosley told reporters at the scene that when officers arrived, Randolph charged at them through a screen door with a knife and was shot multiple times after a taser was deployed and ineffective at stopping the combat veteran’s advance.

Allen says Randolph never charged at officers, and after her brother was shot and killed, the officer turned his gun at her mother.

“Do you see a former Marine there, or do you see a black young gentleman with tattoos and affiliate and associate that with negativity?” asked Allen. “I think our community associates that with a type of negativity. We didn’t want to make it about black, because it’s larger than that, but I think people need to be aware that it definitely plays a role.”

Wichita Police Lt. James Espinoza said he couldn’t comment on Allen’s side of the story because of a pending lawsuit.

Sunflower director Reuben Eckels says the group has been trying to get Wichita police to purchase cameras for years, but recent controversy gave urgency to the issue. “With the shooting of Icarus and what happened in Ferguson, what happened in New York with Eric Garner, what happened in Ohio with the gentleman being shot in the mall, you saw these events kind of coalescing,” Eckels told FSRN. “Then with a number of community members, along with the pushing by this family, again, this family has been diligent in making sure this issue didn’t die.”

Privacy rights advocates view police-worn body cams with wariness as they would extend de-facto surveillance and record all interactions with the police. Videos from police dashboard cameras have become fodder for reality television programs.

Even though she supports body cameras as an accountability measure, Ida Allen says 510 Wichita police officers wearing body cameras will not bring her brother back.

“We have nothing to gain here,” she remarked. “There will never be a win here. The officer can be punished, they could charge him. He could be found guilty, lose his job, go to jail, we could end up suing and end up with money. At the end of the day, nothing brings back my brother, so there is never a win.”

In addition to body cameras, the WPD is planning to form a community accountability group that will work with footage after police-involved shootings. As of yet, it is unclear if community oversight mechanisms will accompany body cam mandates in other U.S. cities.