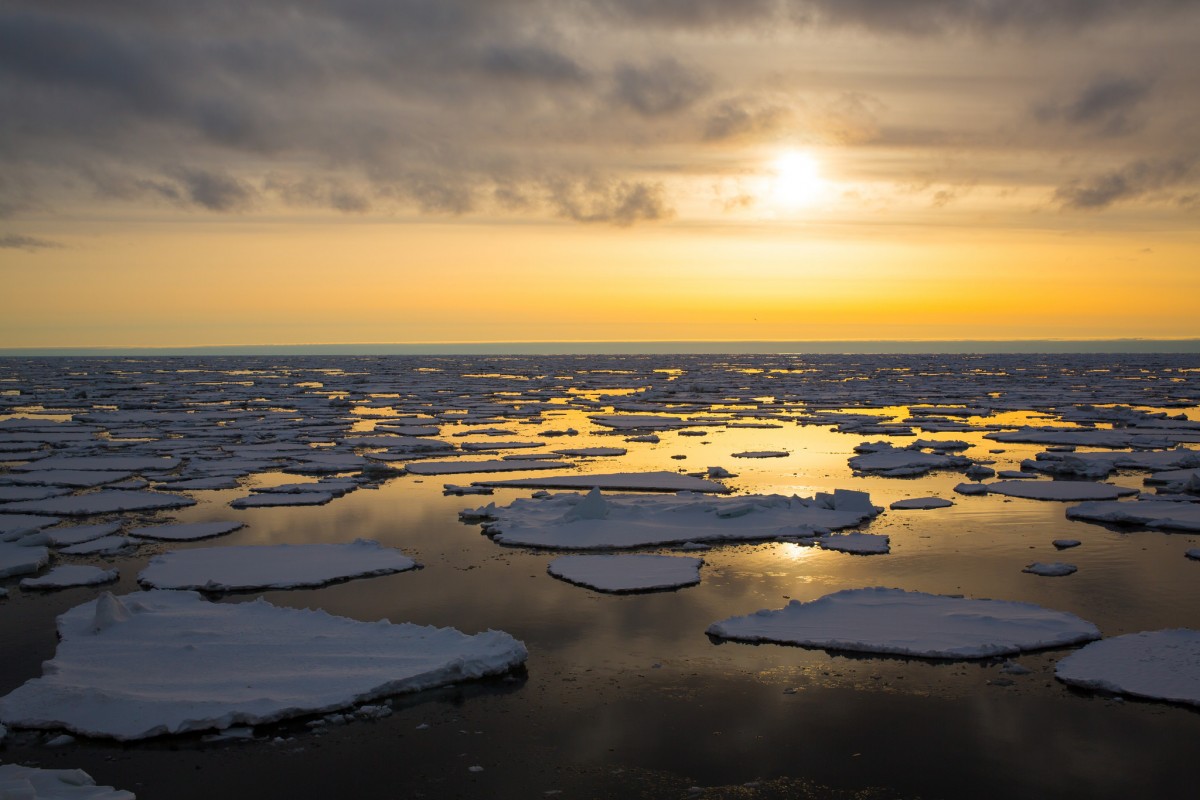 Many symphonies have been written as musical testaments to war – Shostakovitch’s “Leningrad”, written to honor the estimated 25 million Soviets who lost their lives in World War II, is just one example. But a symphony about climate change is something altogether new. And something a French composer and environmental scientist based in Seattle decided the times demanded. Terra Nostra, Our Earth, in Latin has its multimedia symphonic premiere later this month. What happens after that remains to be seen.

Terra Nostra, “Our Earth” in Latin, is a multimedia symphony about climate change filled with harmony and dissonance, hope and despair.  The work is the result of a collaboration between Christophe Chagnard, a French conductor and composer based in Seattle, and environmental scientist Susan Crane Lubetkin, who did her PhD studying bowhead whales in the Arctic.

The music portion of Terra Nostra premiered in June. The multimedia component, including photographic images and poetry, premieres later this month.

The 30-minute symphony spans a timeline from the Big Bang to the present, and on to an unknown and alarming future.

A large screen above the orchestra displays evocative photographs and short videos synchronized with each movement in the music. Images of nature, waterfalls and sunsets, contrast sharply with those that depict the rapid acceleration of droughts, hurricanes and rising seas. Integrated within the symphony is another essential ingredient, says Chagnard, a three part poem written and read by 18-year-old Emily Siff.

“I thought it was very important to involve the younger generation because I believe people that age are going to be a lot more affected by climate change than I have been thus far,” Chagnard says.

“What a hollow harmony this has been. We do not treat our children, our metal, our phones with such redundancy, dipped in scorn,” reads Siff. “But the world, the world, that large muted body that is hurling, crushing, curtailing in on itself, that is allegedly mother, has been maimed. This mother, this child is waiting for a lullaby of ‘sshh, sshh…’ to echo its own.”

Environmental scientist Lubetkin is a cellist in the orchestra that premiered Terra Nostra, Seattle’s Lake Union Civic Orchestra. She convinced her husband to join her in commissioning the work more than a year ago.  During her research, Lubetkin and other University of Washington post-docs in oceanography and statistics held weekly seminars to share observations about the increasing effects of climate change on organisms and their environment: more acidic waters, changes in food web dynamics and diminished phytoplankton. She wanted the findings to be more accessible to non-scientists.

“And there was sort of this pessimistic feeling in the room. We were all telling this to one another and all of us knew it was important, but it wasn’t getting outside that room,” explains Lubetkin.

Among the findings Lubetkin wanted to share are the increasing impacts of climate change and fossil fuel extraction methods on the Arctic subjects of her research: the bowhead whales who spend their winters in the Berring Sea. When the ice retreats they migrate further north to the Chukchi and Beaufort Seas.  Royal Dutch Shell is currently drilling in these sensitive waters despite warnings from climate scientists that all fossil fuels in the area must remain untapped to avoid catastrophic climate change. With less than a week to go on their permit the oil giant has yet to strike oil.

Then Lubetkin saw Chasing Ice, the multiyear chronicle of the planet’s rapidly melting glaciers. She says the movie inspired her to combine her scientific research with her love of music.

“I have a lot of weird skills,” says Lubetkin. “I play the cello. I do statistics. I can decorate a cake, but I cannot write music at all and I thought, well, I know someone who writes music and that’s Christophe.”

Lubetkin and Chagnard hope Terra Nostra’s evolution has just begun.  The images used for the piece were found on the net, and can only be used for the multimedia premier of the symphony later this month. After that, they hope the project will become a global movement where people all over the world acquire public rights and add images reflecting the effects of climate change from their own communities. The music and poetry, however, would remain static, as written by Chagnard and Emily Siff.

And while neither is under the impression that the multimedia symphony will result in a shift of the planet’s fossil fuel habits to renewables overnight – they hope it leads to a greater understanding of the consequences — and perhaps sparks concrete initiatives the world over.