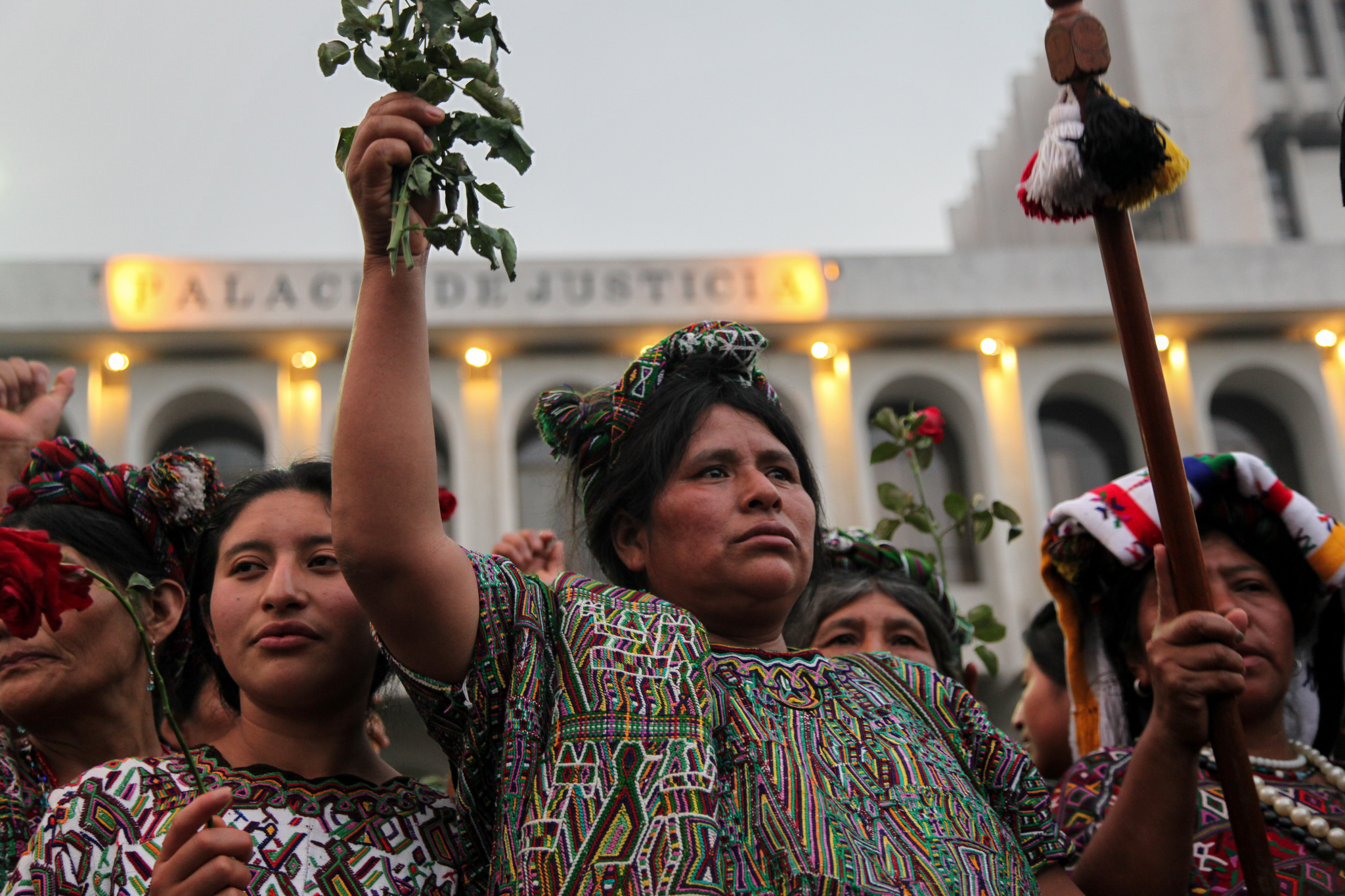 Maria Soto and other Ixil women celebrate after former Guatemalan dictator Rios Montt was found guilty of genocide in May of 2013. (Photo credit: Elena Hermosa/Trocaire)

A Guatemalan court got off to a false start on a retrial this week in a genocide case against the country’s former dictator Efrain Rios Montt and his then-chief of military intelligence Mauricio Rodríguez Sánchez. The proceedings are part of a complex legal saga that began more than a decade ago and come after the landmark conviction of the two former official on charges of genocide. The charges stem from a scorched-earth counter-insurgency campaign carried out in the indigenous Maya Ixil region in the early 1980s during a particularly brutal phase of Guatemala’s 36-year-long civil war.

For more on this week’s court proceeding – and the genocide case in general – FSRN’s Shannon Young spoke with Bridget Brehen, Director of the Guatemala Accompaniment Project at the Network in Solidarity with the People of Guatemala (NISGUA).