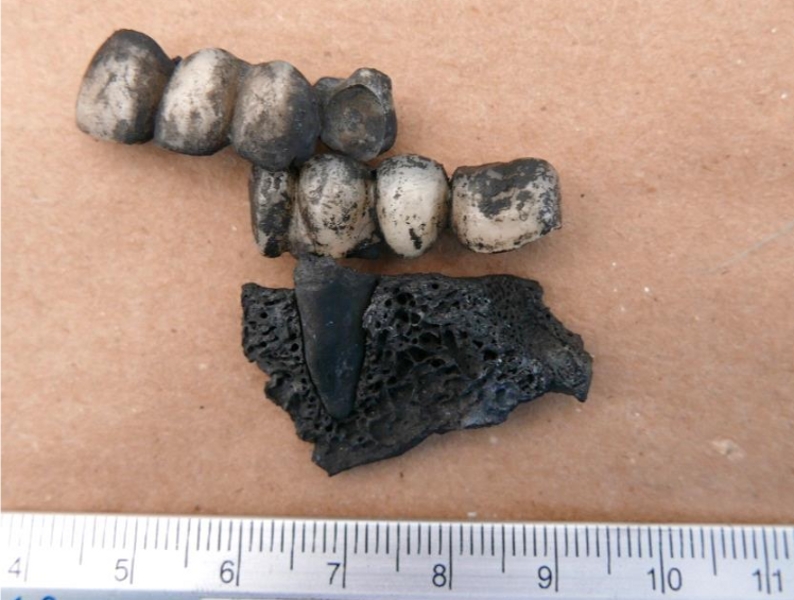 Argentine investigators found human remains in the trash dump, but none were a match for the students. (Photo credit: EAAF)

Argentine forensic anthropologists contracted as independent experts in the investigation of the 43 students that went missing in the Mexican state of Guerrero have publicly distanced themselves from the federal government’s official story about what happened. Shannon Young has the details.

The Argentine Forensic Anthropology Team raised serious concerns over the weekend about the integrity of Mexico’s investigation into the case of 43 disappeared students. In a seven-point list of issues, the forensics team cited problems with evidence collection, independent oversight and crime scene preservation. They also noted that the government closed the investigation before the completion of key detective work.

It’s the first public statement from the forensics team since high-ranking officials announced they have no doubt the students were all killed the night of their abduction, burned to ashes and tiny bone fragments in an open-air trash dump and their remains then thrown into a river.

In a press conference Monday, parents of the missing students expressed their confidence in the team, and also their concern for each member’s safety given their their now-public criticism of the government’s handling of the case.

“We reiterate our faith in and support of the Argentine team,” said one parent, Melitón Ortega. “Their work is technical and based on science, not on politics. They’re reviewing all of the evidence that has emerged over the course of this investigation.”

The Office of the Attorney General, known by its Spanish acronym PGR, issued a terse and defensive communique in response to the issues raised by the Argentine investigators. The PGR stated the independent experts’ qualifications are limited to the fields of anthropology, criminalistics and genetics and their opinions on other aspects of the case are “more speculations than certainties.”

The Argentine Forensic Anthropology Team is an internationally-recognized group of experts formed to identify the remains of state-sponsored violence during Argentina’s Dirty War. The group has since carried out sensitive and high-profile human rights investigations in places like the former Yugoslavia, South Africa and East Timor.

Ayotzinapa student David Flores says the Argentine forensic anthropologists consulted with international experts in other fields before going public with their concerns.

But even when considering only the issues of forensic anthropology the criticism is damning. For example, the Austrian lab analyzing the DNA of charred bone fragments was unable to use twenty genetic profile samples taken from relatives by government investigators. The Argentine Forensic Anthropology team says these types of errors are rare due to the simplicity of the sample-taking procedure.

“What would’ve happened had the Argentine team not been there with this information?” asked Aguirre. “How is it possible that these kinds of elementary-level mistakes are being made in what’s one of the most closely-watched cases in years? And what about in the cases of other disappeared people? In how many of the more than 23 thousand other cases have these same mistakes been made?”

The Attorney General’s office has made no indication that it will reopen the investigation. The parents of the missing students say their biggest hope for a reexamination of the case lies with pressure from international bodies.