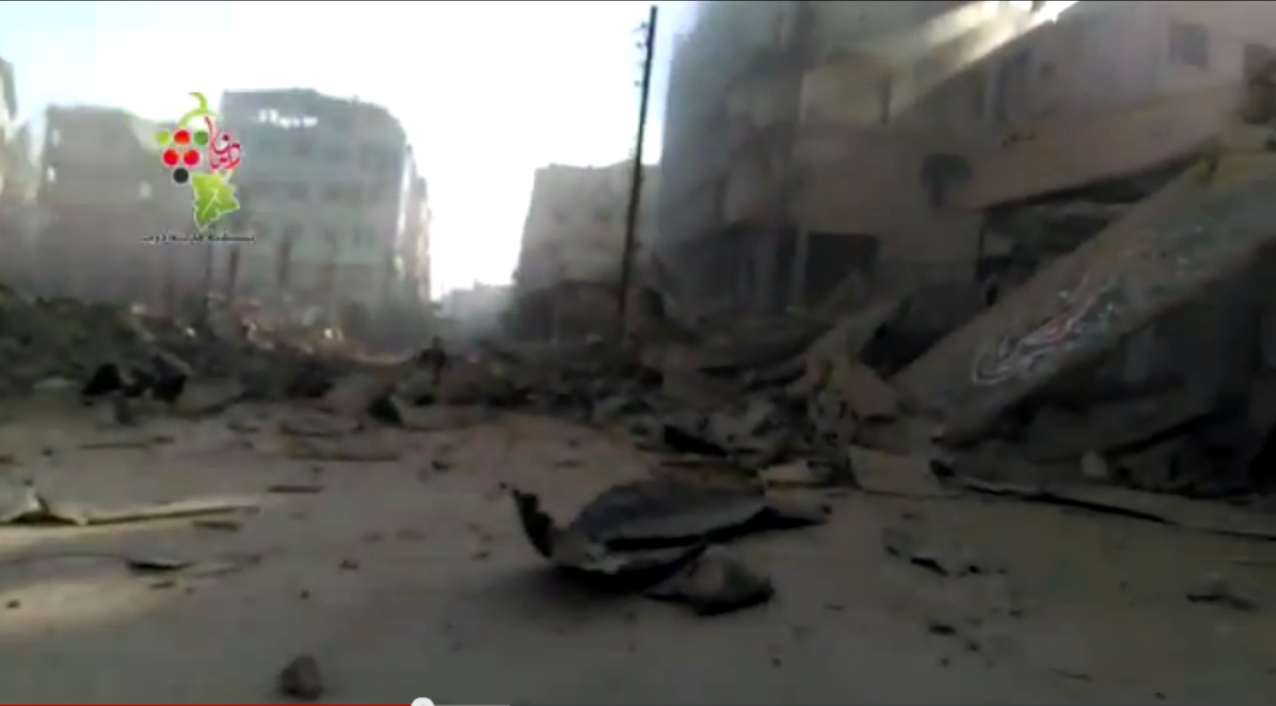 Screenshot of a video posted to YouTube under the username Yasser Dumaini shows airstrike aftermath.

Airstrikes and rocket attacks across Syria this week have killed at least 185 civilians and injured as many as five thousand. That’s according to the Syrian Observatory for Human Rights, an organization that documents the violence of the country’s ongoing civil war.

Since late January, Damascus has sustained some of the worst damage it’s seen in at least a year as government forces and rebel fighters once again turn the capital city into a battleground.

Reports from within Syria are hard to verify given violence targeting journalists. But a video posted to YouTube on February 5th under the username Yasser Dumaini shows bombed out scenes in the streets of Douma. The air is thick with settling dust as people sift through rubble. The sound of an airplane overheads send people running for cover, including the videographer.

Meanwhile, Jordan has announced it will increase air strikes within Syria after the so-called Islamic State murdered a Jordanian fighter pilot by burning him alive on video.

In the Kurdish region of Syria, forces with the Kurdish People’s Protection Units – or YPG – forced Islamic State militants to retreat from the city of Kobane late last month. The Kurdish fighters have since retaken dozens of villages in the region near Syria’s border with Turkey.

The UN estimates the civil war in Syria has killed more than 200 thousand people and displaced well over three million since fighting began four years ago.