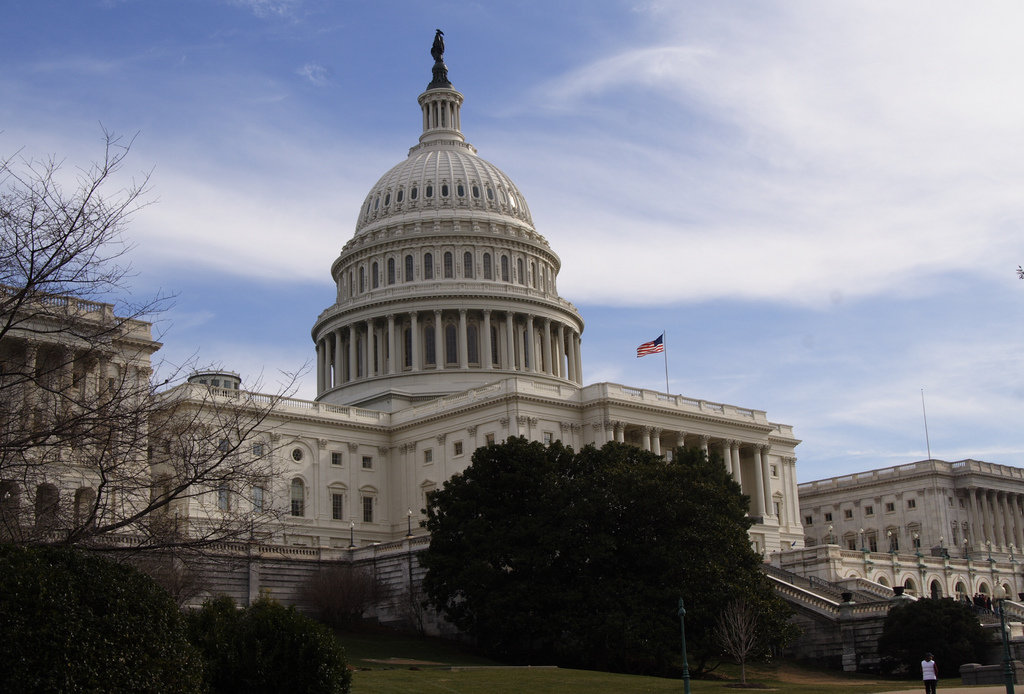 Congress found itself in familiar territory this week with an impasse over funding federal agencies. The sticking point continues to be the extent of executive power on immigration policy. A deal is now on the table for funding the Department of Homeland Security which includes Immigration and Customs Enforcement. But the eleventh hour maneuver is not certain and lawmakers continue to work in both U.S. House and Senate to keep the department running. Anthony J. Rivera has the story from Washington.

The Department of Homeland Security runs out of cash at midnight Friday unless Congress passes a short-term or long-term funding bill or extends the clock. A resolution to extend funding for three weeks is before the House while a “clean” bill to fully fund the department has passed in Senate. It’s likely at least one chamber will be working late to ensure DHS keeps the lights on. There have been many twists and turns over the past few weeks and the entire ordeal would make for quite the ride if it wasn’t so familiar from past fights on Capitol Hill.

As Congress navigates the latest crisis, the issue at the root of the impasse – the work towards implementing immigration reforms – is hardly discussed. Republicans wanted to limit the president’s ability to change immigration policy via executive action as a precondition of funding. President Obama threatened to veto.

All of this shows that lawmakers on Capitol Hill may have lost sight of the human cost of delaying action on immigration, but folks like Mary Small haven’t. She is a policy director at Detention Watch Network, a human rights advocacy group.

“So I think that one of the ways to look at what is happening on the Hill right now with the back-and-forths about the DHS appropriations bill and whether or not there’s going to be policy riders that prohibit the implementation of executive action are absolutely detached from what is happening in real communities all across the country,” said Small.

As political pundits debate who will win the DHS funding battle and ultimately the next election cycle, Small says the people languishing in legal limbo because of this immigration fight are the real losers. A huge chunk of DHS funding – around two billion dollars each year – goes to ensuring that Immigration and Customs Enforcement, or ICE, can detain thirty four thousand people on any given day; something advocates like Small refer to as the “bed quota.”

Meanwhile, members have been scrambling on Capitol Hill to find a voting sequence that would keep DHS operating, even if only for a few weeks. Both parties seemed dug into their positions. Doubts continue as to whether House Speaker John Boehner can even bring his caucus together to help keep DHS from shutting down. But as late as Thursday afternoon, House Appropriations Chairman Hal Rogers indicated a stopgap measure might pass Friday. The stopgap measure favored by the House is something Homeland Security Secretary Jeh Johnson says amounts to “kicking the can a few weeks down the road.”

It was only last week that a federal judge in Brownsville, Texas ruled against the president’s executive action to extend relief from deportation to an estimated five million undocumented immigrants. Several Democrats, including Senator Joe Manchin of West Virginia, suggested the court action would allow the Republicans political cover they needed reach a deal.

In Congress it’s common for either side of the aisle to talk past each other. When approached for his thoughts, Maryland Congressman Elijah Cummings asked what his Republican colleagues were saying. When he heard a continuing resolution was in play, he took a step back from the bustle of the Speaker’s Lobby just off the House and reflected on how Congress is building its legacy.

“I think it’s very sad that we are going through this chapter of United States history,” Cummings said.

Congress may have found the will to fund Homeland Security. But given Obama’s increased willingness to use the presidential pen and the GOP’s power in legislative numbers, this standoff probably won’t be the administration’s last.