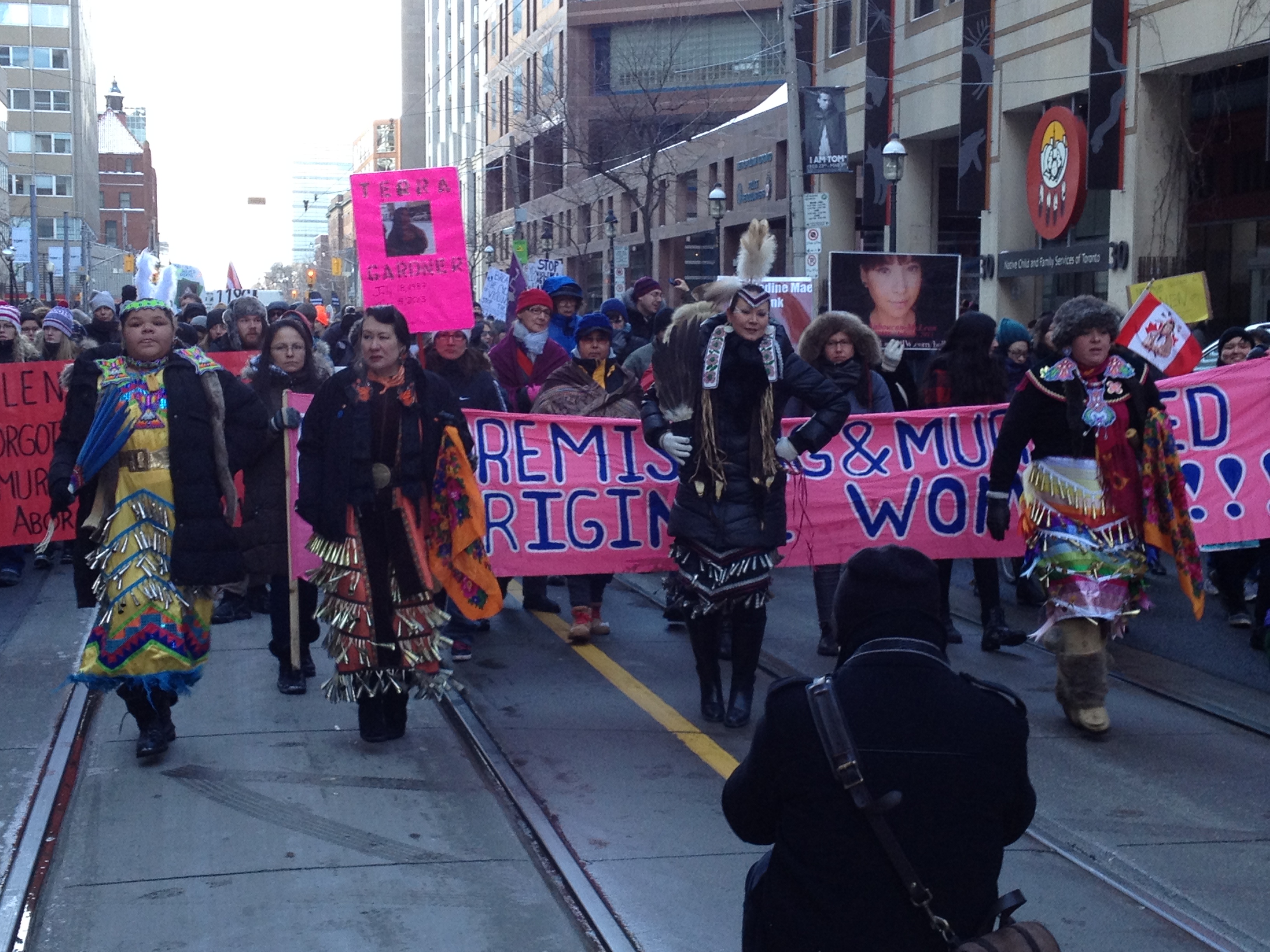 In Canada, indigenous women continue to disappear and be murdered at alarming rates in both cities and rural communities. After years of denying the problem, the Canadian government has agreed to attend a national roundtable seemingly in solidarity with some indigenous organizations. But some community organizers are skeptical — sparking discussion about what should be done next. Erin Hudson has the story from Toronto.

Melina Laboucan-Massimo is looking for answers about what happened to her younger sister Bella.

“She would you know talk to me about anything from school to boyfriends to how she was doing to fashion to how she was doing. You know anything that sisters talk about — movies, music, so I have a lot of good memories with her. A lot of laughter. You know a lot of joking, a lot of being silly together, listening to music, going dancing. There was a lot of fun times from my memories with Bella so that’s what I miss now. There’s definitely like a … like a missing … like a gap in my life with her absent,” Laboucan-Massimo remembers sadly. “Yeah I really miss her a lot and I’m really still trying to come to terms with her death.”

In July, 2013, Bella fell 31 stories from a Toronto condo. Police list her death as suspicious and her case remains open.

“For me, it’s really shone a light on how many hundreds and hundreds of families there are that go through this everyday, that don’t have support and so this has just been a really big eye-opener for me to, in my struggle, to think about how many more families members are going through this,” says Lacoucan-Massimo.

Canadian police estimate that about 1,200 indigenous women have been murdered or disappeared in the last 32 years, though they admit that number is likely higher because officers don’t always record ethnicity. Between 1980 and 2012 indigenous women accounted for almost one-fifth of Canada’s female homicide victims, though less than 5 percent of women in Canada are ethnically indigenous.

For almost a decade, human rights organizations have urged the Canadian government to take action to stop systemic race and gender-based violence. Last month, the Inter-American Commission on Human Rights released a report recommending a national inquiry to address violence before it occurs.

Audrey Huntley has been working to raise awareness about indigenous women’s vulnerability for more than a decade. In 2006, she traveled across Canada to document stories from the families of missing or murdered women.

“The themes that kept repeating themselves were the societal indifference, were the racism the family members experienced when they reached out to the police, so basically the lack of action, the indifference. Being told that your daughter is probably just out partying, ‘that’s what happens when you’re a sex worker’ — that kind of thing,” explains Huntley.

But the government has continuously rejected the idea that the high numbers of murdered or missing indigenous women is symptomatic of a deep-rooted sociological problem. So in August 2014, provincial and territorial ministers and indigenous leaders decided to organize a national roundtable to discuss the issue.

The government responded a month later, introducing a five-year action plan that would allocate almost $20 million between 2015 and 2020. But victims’ families say they weren’t engaged in the process and indigenous organizations listed as consultants on the plan say the government never even contacted them.

Dr. Dawn Harvard is the president of the Native Women’s Association of Canada and will be presenting at the discussions.

“It has taken a long time for us to get all of these key players at the table together — it’s wonderful to say that you share our concerns, but now really the time has come to find out what they’re willing to do to end the violence,” says Harvard.
Audrey Huntley isn’t holding out hope for progress at the round table.

“I really look to community resurgence you know working in community and seeing a resurgence of traditional indigenous knowledge and ways of being — that’s where I see the hope,” Huntley says.

Advocacy groups are joining in coalition to increase the effectiveness of their work. One group called It Starts With Us is operating a community-run database to track names and information related to murdered and missing women and create online tribute pages where families can describe and remember their loved ones. Melina authored their first tribute page in Bella’s honor.

The national round table will run from Feb. 26th through 28th in Ottawa. A federal spokesperson confirmed that two ministers from Prime Minister Stephen Harper’s cabinet will attend the discussions: the Minister of Aboriginal Affairs and the Minister for the Status of Women.