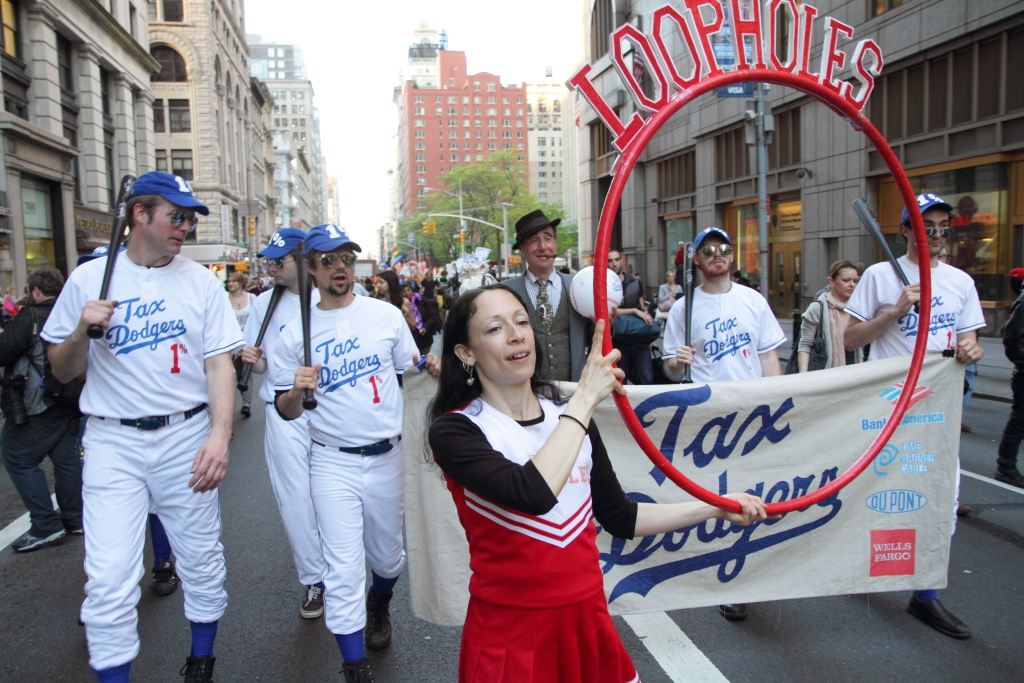 This week President Barack Obama unveiled his $4 trillion budget proposal for fiscal year 2016. And while the president’s blueprint includes many provisions that aim to modify or expand existing policies, Obama has also proposed some new ideas – especially when it comes to corporate tax reform.  Ashley Westerman reports from Washington, DC.

President Obama’s 2,000-page record-breaking budget proposal includes provisions that aim to fund everything from military operations against the Islamic State to universal preschool.

His request also includes a proposal for a few key adjustments to corporate tax code. First, it would cut the corporate income tax on domestic profits from 35 to 28 percent.

To make up for the loss of revenue, the government would immediately tax foreign profits already held overseas at a one-time 14 percent rate. That rate on corporate profits held offshore would thereafter increase to 19 percent.

The aim is to discourage U.S.-based corporations from holding cash reserves overseas. Jeremy Scott, editor-in-chief for TaxAnalysts Commentary and Analysis products, says Obama is “trying to combine both the lowering of the rate with the protecting of the U.S. corporate tax system.”

According to current law, companies are subject to the 35 percent corporate income tax when they “repatriate income” – or transfer profits back into the United States. One way to avoid paying those taxes is to hold those profits in offshore accounts. Obama’s proposal seeks to close that loophole by requiring a 19 percent minimum mandatory tax on overseas profits.

Scott says this may be a non-starter with Congress, as the Republican majority is unlikely to support a minimum tax. However, he says, the one-time 14 percent tax is not unreasonable and very similar to past Congressional proposals. “This is not that far off from what Dave Camp proposed last year,” he told FSRN. “And, in fact, some type of a tax on un-repatriated income permanently reinvested overseas has been part of pretty much every serious international tax proposal over the last few years.”

Scott was referring to a tax reform plan introduced by the former House Ways and Means Chairman Dave Camp. The proposal by the since-retired Republican representative from Michigan failed.

The plan is not without its detractors. Among them is Kyle Pomerleau, an economist with the Tax Foundation, a think tank founded by corporate executives in 1937, during the second wave of the New Deal.

Pomerleau compares the immediacy of the tax on offshore corporate earnings to a bank upping the interest on your mortgage after you’ve been paying a certain percentage for ten years — and then demanding an even higher percentage going forward: “This is the same deal. Corporations have been operating on this deferral system and now changing this law sort of goes back on that and saying, ‘Well, we’re not going to give you deferral on that income anymore. We’re now going to tax it currently as if it’s always been taxed.’ And that’s unfair, essentially.”

Pomerleau says the U.S. government should be focusing on creating a competitive domestic tax code, rather than concerning itself with money made and held abroad.

Chuck Marr, Director of Federal Tax Policy at the Center on Budget and Policy Priorities, cites an example from 2004, when U.S. multinational corporations received a temporary and voluntary “repatriation tax holiday” which allowed them to bring in overseas profits at a rate of 5 percent, rather than the usual 35 percent. Marr says what happened “was a tremendous amount of money flowed through to stock buy-backs, while at the same time a lot of these companies were laying off workers. It was perceived at the time as a major policy failure.”

Marr says one tax holiday was bad enough for the government to learn not to undermine corporate income tax.

Tax Justice Network Senior Advisor James Henry says, in the long run, President Obama’s proposals amount to tax breaks for corporations that already pay an all-time low of 6 percent of the entire federal budget. “We used to be the pioneer of progressive income taxation and we no longer have that,” he remarked in a telephone interview. “Instead we get these continuing tax cuts for the corporate elite at the time when we have rising, all-time sort of record wealth inequality and 23 percent of kids living in child poverty.”

Henry says the U.S. should borrow money to finance public investment, rather than rely on tax cuts to the extremely wealthy that only aggravate wealth inequality.

But President Obama’s tax proposals may not even see the light of day, as many Republicans have already decried the President’s plan as “irresponsible” and a “dead-on-arrival.”