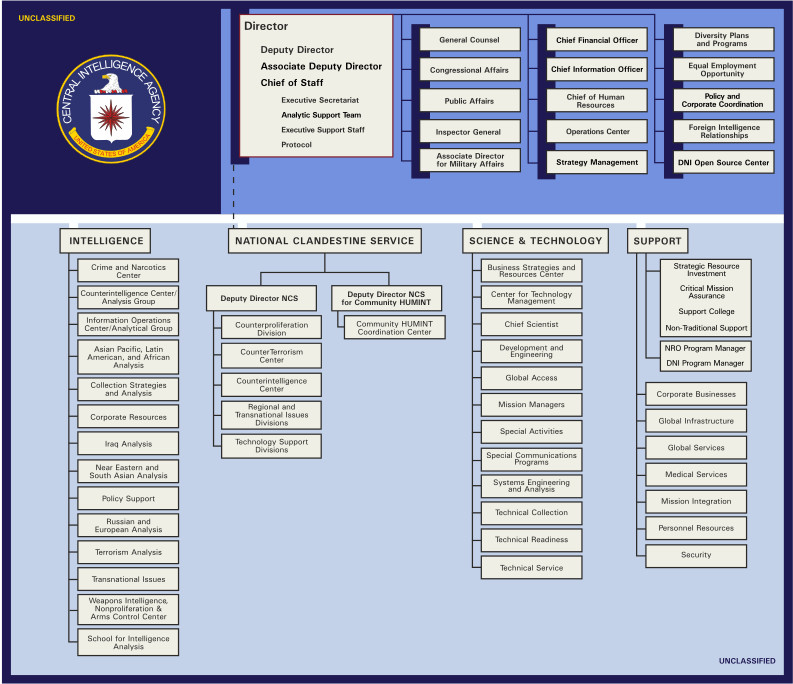 CIA Director John Brennan has begun a massive overhaul of the agency which some say amounts to the most significant reorganization of the agency in its history. But it also comes in the wake of a landmark report documenting the agency’s use of torture and secret detention. Anthony J. Rivera has the story from Washington DC.

When the Senate Select Committee on Intelligence released its six thousand page report on the CIA’s detention and interrogation program, it led many to wonder what changes would occur to bring about greater oversight and accountability.

CIA Director John Brennan announced the beginning of a radical reorganization of the agency last Friday. “Well from what he’s briefed to me I’m excited about it,” says Richard Burr, the new chairman of the Senate Select Committee on Intelligence, the legislative body tasked with CIA oversight. “I think it’s overdue and I’m fully supportive of him. The devil’s always in the details but we’ll get to that point as time goes on and see how this is
implemented. But I think this will be received extremely well in the agency.”

In the words of an unclassified memo sent to staff, the reorganization centers on four areas: enhancing leadership development, embracing the digital revolution, modernizing business processes and integrating capabilities. These changes have attracted the a lot of attention especially among former agency analysts.

Critics warn the changes will make the agency even less accountable to overseers and even more susceptible to political pressures. Some say the plan brings down a much-needed barrier between analysts and operatives
in the agency.

Melvin Goodman, a senior fellow at the Center for International Policy and a former CIA analyst, says the dismantling of this structure formalizes a trend that’s been happening for some time now; the cherry-picking of intelligence to fit a political agenda.

“The CIA has gotten further from the culture of telling truth to power,” Goodman remarked in a phone interview. “Basically, they’re responding to power in terms of providing power for what it wants. So when Brennan talks about building a new culture at the CIA, which is what he was talking about when he announced this thing, this is not the kind of culture that the CIA needs. This is not the culture the country needs in terms of the importance of strategic intelligence.”

In that memo to staff, Brennan cites the success of “mission centers,” like the Counterterrorism Center, as a proven model for integrating the two sides of the agency. That cherished objectivity of analysis, he says, will continue.

In an email, a CIA spokesperson quoted Chairman Burr saying the reorganization was not actually sparked by “institutional failures.” The email also quotes Congressman Adam Schiff as approving of the changes with “an eye to finding ways to make improvements and keep up with a rapidly changing world.”

Prior to the release of the so-called torture report last year, CIA agents gained unauthorized access to the computers senate staffers were using to compile the report. And while the hacking incident did cause a scandal, no one has been prosecuted for it. In fact, Brennan’s restructuring plan expands the CIA’s capacity for digital communications surveillance.

Goodman, that fellow at the Center for International Policy, says the last dust-up between the CIA and former intelligence committee chair, Dianne Feinstein, did nothing to bring about more accountability: “I expect that the CIA will be engaging in the same kinds of transgressions in terms of going too far, that will restrict privacy, will restrict civil rights, will restrict human rights…And allowing the CIA into this whole field of cyber-intelligence, the so-called digital revolution, without any controls from the intelligence committees just widens the scope of this activity against Americans.”

If the case of the torture report — and the six-year political battle to make parts of it public — is any indication, transgressions or allegations of wrongdoing which may result from the restructure could take years to come to light.