New party could be a ‘game-changer’ in Israeli elections 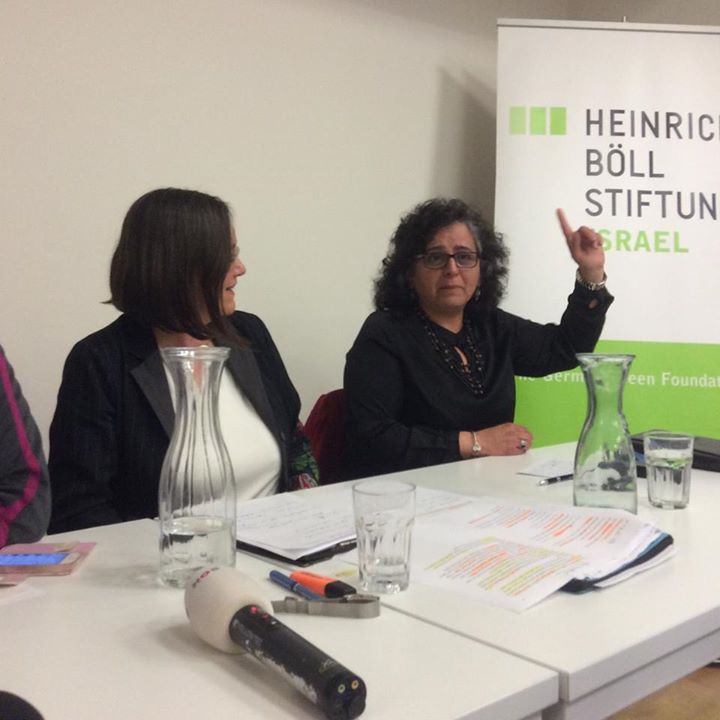 Ahead of the upcoming Israeli parliament election a new party has emerged – the Joint List. It merges four predominantly Arab parties into one, making it potentially the third largest in the Israeli parliament, Knesset. It has been called a ‘game changer’ in Israeli politics as it aims at not only to unite Arab voters but also reaches out to the Israeli Left. FSRN’s Lena Odgaard attended a public debate on the new party in Tel Aviv.

To a crowd of Palestinian and Jewish Israelis and a number of curious foreigners, Palestinian Christian politician and women’s rights activist, Aida Touma-Sliman, enthusiastically explains the background of the new Israeli party, the Joint List.

The charismatic woman from Nazareth in northern Israel stresses that the party aims to give voice to Israel’s marginalized groups. “What makes it Jewish-Arab is its politics and the discourse it will adapt. It is the fact that we want to represent even those who are not voting for us now on issues related to poverty or housing or whatsoever,” she said.

Touma-Sliman has been in politics for 20 years. Slated as number five on the party’s list, she will likely win a seat in the new parliament assembly.

Last year, the Knesset approved a new law increasing the electoral threshold. This means that all parties must win at least four seats. Usually winning only three or four seats, the law jeopardized Knesset’s three Arab parties and the Jewish-Arab Hadash party, which Touma-Sliman used to represent.

Touma-Sliman says they have and will continue to face significant challenges. But on major issues – such as strengthening women’s rights, ending the occupation of the West Bank and Gaza, and promoting equality for Israel’s marginalized groups – they all agree.

Early polls indicate that the party could become the fourth or even third largest in the Knesset with 13 to 15 seats. But only if its main constituency, the Palestinian citizens of Israel, decides to vote on March 17th.

Though around 20 percent of the Israeli population is of Palestinian origin, they take up only 10 percent of the seats in the current parliament largely due to a low participation level in national elections.

“I’ll say something about voting patterns in Israel,” said Noam Sheizaf, an independent Jewish-Israeli political analyst and editor of the left-wing news site +972. “You know why people vote? People vote when the communities they come from have a feeling that voting matters.”

Sheizaf regards the Joint List as an important development in Israeli politics, but is less than optimistic about the party’s potential for drawing wide support from Jewish voters: “You can talk about Jewish-Arab partnership but you are talking into a society, which is segregated on every level.”

But the Jewish Left has long been in a crisis and has not been able to present an alternative to Prime Minister Benjamin Netanyahu and supporting far-right parties led by settlement-friendly political icons such as Avigdore Lieberman and Nafatli Bennett.