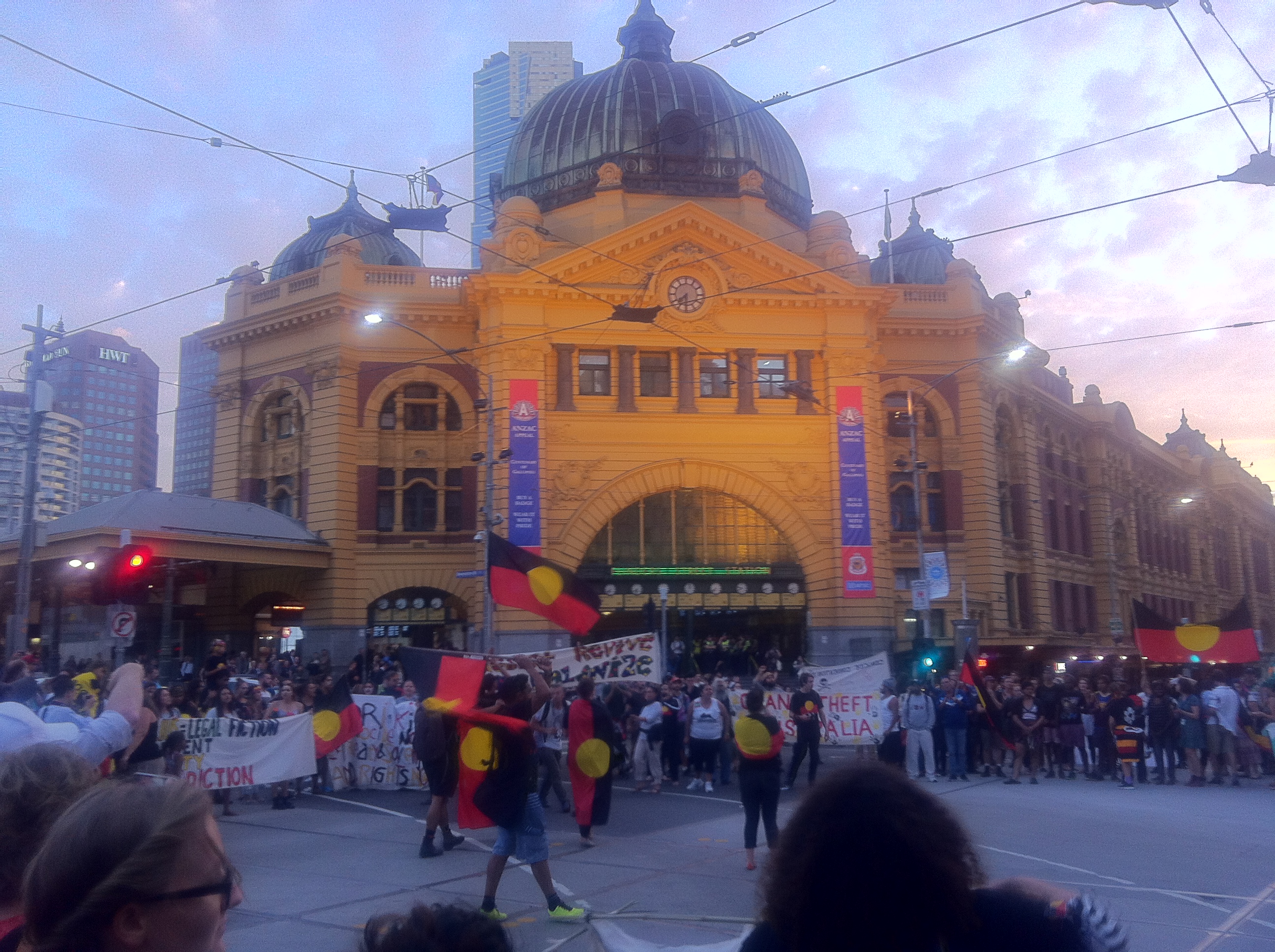 In Australia, a growing protest movement led by indigenous activists and elders is demanding that the conservative government rethink its plans to cut services to more than half of the remote indigenous communities in the largest state of Western Australia. Janak Rogers reports.

Across the country there , who calling for an end to the plans to close remote communities.

Indigenous activists and elders in Australia are responding with protests to government plans to shut down public services in around 150 remote indigenous communities. Prime Minister Tony Abbot first announced the measures in mid-March.

Rarely has one phrase – in this case, ‘lifestyle choices’ – caused such an uproar.

The Prime Minister’s comments clearly touched a nerve, and have shone a spotlight on the controversial plans of the West Australian state government to discontinue essential services like health care and public education in more than half of its indigenous communities.

“There is a lot of fear, there is a lot of confusion, people don’t know which communities it is going to affect,” says Tammy Solonec, the Indigenous Rights Officer for Amnesty International – Australia, adding that the denial of basic services will effectively push indigenous people off their land.

“These people have already been through this before with the horrific government policies of the past that saw them moved off their home lands,” Solonec continues. “Fifty years later we’re still dealing with the devastating inter-generational trauma, and the consequences of those people being exposed to the harmful things that they don’t have in the remote communities.”

The justifications put forth by the Australian government range from budgetary to concerns for quality of life in remote communities.

“I don’t want to demonize Aboriginal communities at all,” says the West Australia Premier Colin Barnett, the person driving the policy to close communities, speaking recently to ABC television. “Because many of those communities operate very well and are safe places, but there are many that aren’t. The true cost is borne by children – and I’m talking about very young children.”

The Premier’s comments allude to allegations of domestic violence and substance abuse that are said to be endemic in some remote communities. Amnesty International’s Indigenous Right’s Officer Tammy Solonec says these types of issues are part of a legacy of decades of official neglect and that the government needs to engage community leaders rather than end social services altogether.

“We need to have a big discussion about how to make these communities sustainable and functional,” Solonec says. “Because people want to live here. It’s their ancestral land and that custodianship is bestowed upon them by their ancestors. There’s a deep cultural need to look after and care for this land, and of course that’s very hard to do if you’re forced to move into larger towns and cities.

The planned social service cuts have sparked protests like this one in Melbourne. Amid the banners reading “stop the closures” are dozens of iconic red, yellow and black Aboriginal flags.

A group of indigenous activists and elders led the protest.

“These communities are actually Aboriginal land! It’s more than just closing the services of these communities; they’re kicking them off their land,” said one leader. “I think capitalism is a lifestyle choice, personally. Connection to land couldn’t be more natural. What Tony Abbott and Colin Barnett and the politicians fail to understand is that we don’t own the land, we belong to it. Therefore we can never leave it,” said another. A third called for global attention. Audtralia, abor”Everybody needs to know around Australia but also internationally that we chose to stand together as a people in solidarity with our brothers and sisters in Western Australia.”

Melbourne is thousands of kilometers away from Western Australia, but in recent weeks there’s been a growing solidarity movement, with protesters taking to the streets in most major cites across the country.

Aboriginal Health Worker Robert Young says he’s outraged not only by the planned closures but by the Prime Minister’s suggestion that living in a remote community is a lifestyle choice.

“His ignorance has fueled a fire which I don’t think is going to be silenced,” warns Young. “His arrogance in believing that the government’s way is the best way has in turn fired up all Aboriginal people across Australia saying No, we know what we need. If you choose to listen to us – and that’s the purpose of this protest – listen to what we’re saying. Take the time to sit with us and speak with us about the problems we’re truly facing.

With the government for the moment apparently committed to closing social services in the remote communities, indigenous and solidarity groups around the country are promising to keep up the pressure in the streets.