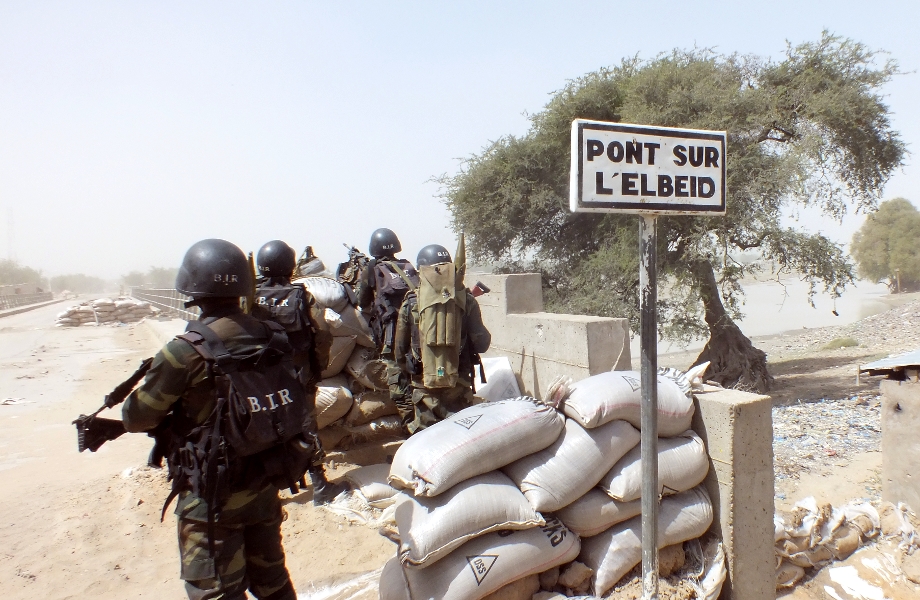 Cameroonian soldiers mount guard at the El-Beid Bridge which separates the town of Fotokol from the the Boko Haram stronghold of Gambarou in Nigeria. (Photo credit: Ngala Killian Chimtom)

Amnesty International released a report today on the violence perpetrated by the Islamist militant group Boko Haram in Cameroon and the abusive tactics employed security forces in the country’s northern regions. FSRN’s Ngala Killian was at the presentation of the report in Yaounde.

The 74-page report describes how Boko Haram has brutally killed civilians and also details excessive use of force by Cameroonian soldiers in their fight against the insurgents. The human rights advocacy group made three separate study trips to the region, and says Boko Haram has killed at least 380 people since January 2014. Ilaria Allegrozzi is a researcher for Amnesty International, specializing in Central Africa.

“We talk about killings, kidnappings; we talk about destruction, wide-spread destruction of public and private properties. At the same time we also document the robust response by the Cameroon security forces facing this threat in the Far North,” says Allegrozzi.

The report graphically explains how Boko Haram uses the cruelest methods to kill its victims, including slitting their throats and burning them to death. It also denounces security forces for raiding villages, destroying homes, killing civilians and detaining more than a thousand suspects, some as young as five years old. Further, the human right advocates say the prison conditions under which those suspects are now held are appalling – so bad that some detainees have died as a result. Authorities in Cameroon have not yet commented on the report.

Boko Haram emerged in in 2009 as a Nigeria-based insurgent group, but has expanded its presence to the neighboring countries of Cameroon, Chad, Niger and Benin – killing more than 16,000 people in the process. In February 2015, regional leaders combined efforts to combat the insurgents. To date, the multinational joint task force under Nigerian leadership has had limited success.