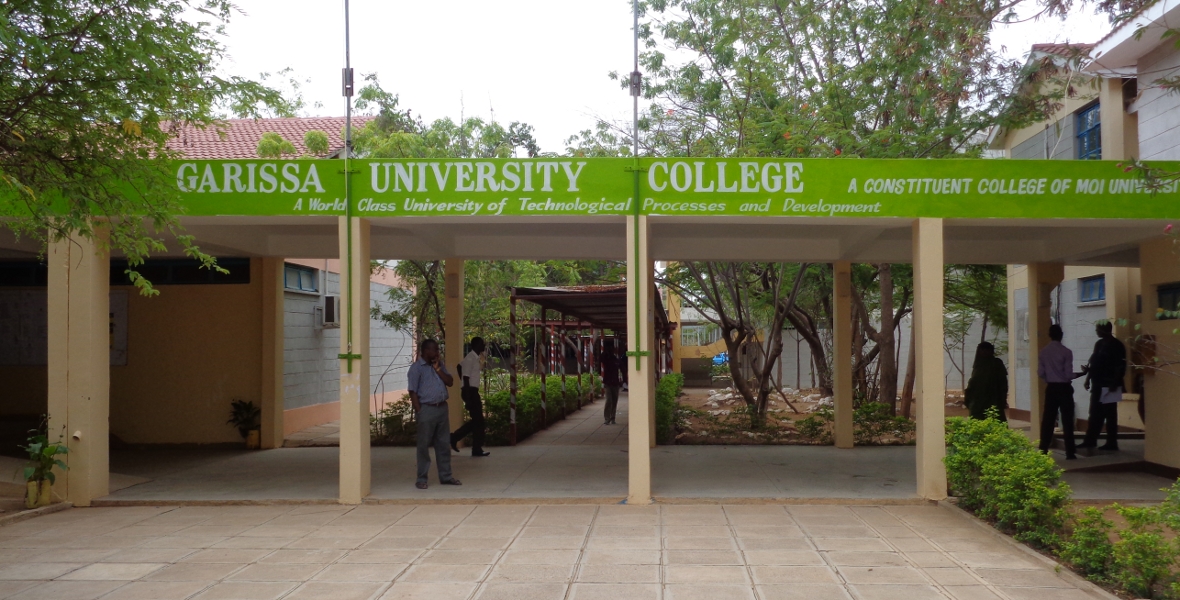 Photo of the Garissa University College campus from the institution's website.

Masked gunmen stormed the Garissa University College campus in the early hours of April 2nd, beginning a 15-hour attack. Survivors report that at some points during the siege, militants separated Muslims from Christians, killing only the latter.

The attack did not stop Catholics in Garissa from attending a large public procession in observance of Good Friday. “We call upon the government to do all it can to protect the lives of others, of people,” said a top clergyman to Kenyan broadcaster, KTN. “Likewise, we ask the international community to partner with us in this challenge.”

Distraught family members and survivors massed at the gates of the campus, furious that government officials failed to provide additional security despite intelligence warnings that such an attack was imminent.

According to notices posted at at least one Nairobi university, the government had information that the al Shabab militant group was planning an attack on a major university. The notice said that the planned attack was in retaliation for Kenya’s role in fighting the militant Islamist al Shabab in neighboring Somalia.