Somali refugees in Kenya brace for backlash after Garissa attack 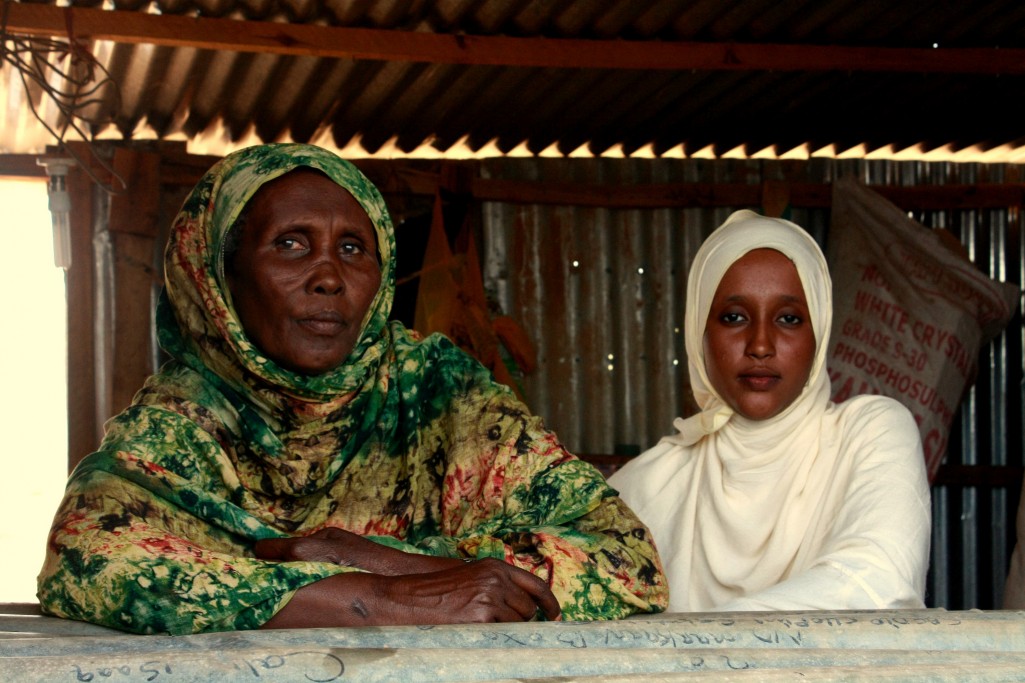 Kenyan military officials say fighter jets carried out cross-border bombing raids into Somalia in response to last week’s deadly attack on a university in Garissa. In an April 2nd seige, militants killed 148 people, mostly Christian students. The Somalia-based militant group Al Shabab claimed responsibility for the attack. One of the four gunmen responsible for the Garissa University College massacre was the son of a local government official. Despite this evidence of an element of homegrown extremism, the Somali refugee population within Kenya is under increased pressure after the attack. For more, FSRN’s Shannon Young spoke with Mark Yarnell, a Senior Advocate with Refugees International, focused on forced displacement in the Horn of Africa.

Shannon Young: First, can you give a quick backgrounder on the size and state of the Somali refugee population within Kenya?

Mark Yarnell: Sure. Well, Kenya has been a generous host to Somali refugees for many years, particularly during the civil war in Somalia that began in the early 90s up until today, as violence has continued in Somalia. There’s around half a million registered refugees, some living in cities throughout the country, but the most are concentrated in the Dadaab refugee camp, which is just a short drive north of Garissa, where the attacks took place.

SY: In addition to Kenya airstrikes within Somalia, what has been the reaction of the Kenyan government to Somali refugees within Kenya in the wake of the Garissa attack?

MY: So far things have been calm. I was in touch today with refugee contacts in Nairobi since they’re quite worried about a police crackdown there. But what has happened is several MPs from the region – Ministers of Parliament – have called for the Dadaab camps to actually be closed down and for all refugees from Somalia to be deported and settled back into Somalia.

SY: At least one of the gunmen responsible for the Garissa University College attack was a Kenyan national. There’s also been criticism that Kenyan authorities took a long time to react to the attack and didn’t do enough to prevent it, despite having been forewarned that an attack targeting a university was eminent. Is cracking down on Somali refugees a way of deflecting criticism?

MY: Certainly refugees – as they have in the past and as is occurring now – often become a scapegoat. It’s easy to blame the entire refugee population and it becomes a bit of a distraction from focusing on the actual culprits and from gathering real intelligence that can prevent and respond to these kinds of attacks in the future. And yeah, so it’s a real worry that the tension around the refugee camps and trying to close them down will take away from what really needs to be done. And as you’ve mentioned, the fact that at least one of the attackers is likely a Kenyan national and there’s even reports that the mastermind behind the attack is a Kenyan national himself. And so it’s a much deeper problem embedded within Kenya than just blaming it on the Somalis who themselves fled fighting and fled Al Shabab.

And with respect to the time it took for the Kenyan military and the Kenyan security forces to respond, I understand that there’s a great deal of criticism around that response and I think it’ll take some time to figure out exactly what happened and where things can be fixed. But I think what’s so concerning is that, while there’s certainly strong elements within the Kenyan police and security services, there’s many, many Kenya police who are regularly involved in extortion and seeking bribes from the Somali population.

I was in touch with some Somalis in Eastleigh just a week before the attack. Eastleigh is a primarily Somali neighborhood near Nairobi, or in Nairobi, and they wanted to let me know that, for no apparent reason, police had just swooped in and were arresting people on the street who looked Somali, they would take them to an initial transit police station where they’d be asked to pay a bribe. If they couldn’t pay right away to be released, then they would be taken to another station and the cost of the bribe would increase. And so, in the days leading up to the attack, this is the kind of activity the police were involved in with the Somali population.

MY: Well, this has been an issue for the past two or three years in Kenya with periodic calls by the government to try to forcibly relocate refugees who have been legally living in urban areas into the camps and so it’s something the government tried to enforce last year around March-April and ended up rounding up several thousand Somalis and brought many of them to the camps. But, it turns out that most of those brought to the camps were able to come back to Nairobi. Many people who had been brought were actually separated from their families. There were mothers and fathers who were taken up to the camps while their kids were still at school or church, and so it was a pretty disastrous situation. And so even after they spent several months to enforce this policy, everyone is kind of back to where they started.

SY: You mentioned earlier a possible push to deport or repatriate Somali refugees. How likely does that seem at this point?

MY: There were calls by members of parliament after the horrific attack against the Westgate mall in Nairobi by Al Shabab in 2013 and fortunately the calls to shut down Dadaab didn’t happen then, so we’re hopeful that again this will be something that will be raised for political expediency by politicians but won’t actually come to fruition. There was actually an amendment in a recent security bill passed in Kenyan Parliament that called for a cap at 150 thousand refugees to be living in Kenya, but Kenya’s own high court found that restriction on the number of refugees to be unconstitutional. And so, the fact that there’s already been a ruling on the case and that this isn’t the first time that the issue has been pushed, that it’ll die out soon.

SY: Do conditions exist in Somalia to receive those who have fled over the years?

MY: There are areas of Somalia that are somewhat more stable that they’ve been in past years, particularly up in the north, but there’s still much of south-central Somalia, areas from which most of the refugees previously lived, that are experiencing very severe food insecurity. There’s about 750 thousand people inside Somalia who are facing acute malnutrition and another two million people who are at risk of sliding back into that level of food insecurity. So I think the real worry is that if people are pushed from being refugees in Kenya into Somalia while conditions are still not suitable for them to be received, they’ll end up being internally displaced within Somalia. So the problem will still exist, the need to provide for the population will still be there, but they’ll just be much harder to access and in an area that’s much more insecure.

Mark Yarnell is a Senior Advocate with Refugees International, focused on forced displacement in the Horn of Africa.