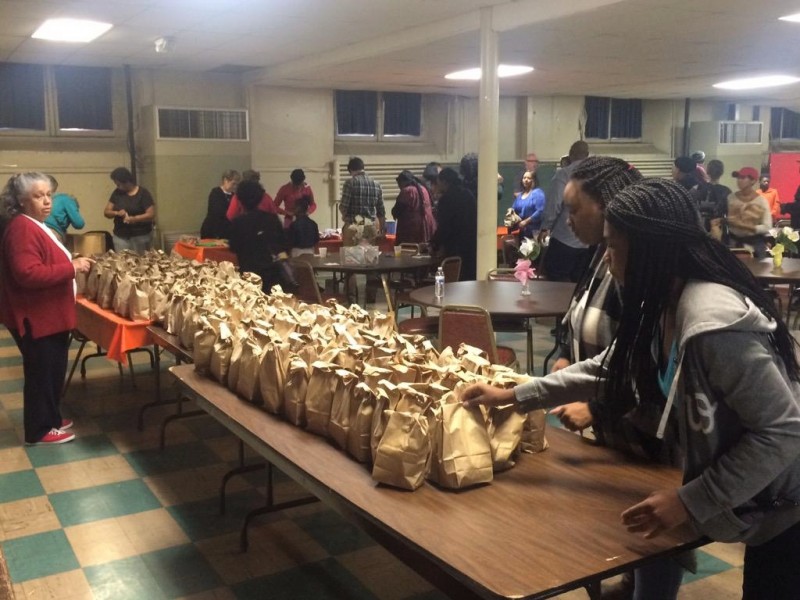 The situation in Baltimore became a top national news story after a night of unrest and the declaration of a state of emergency. Just as the grievance at the heart of the unrest – the death of 25-year-old Freddie Gray at the hands of local police – received less media attention when it occurred, rapid community organizing in the aftermath has also been overshadowed by sensationalist media coverage. Shannon Young has the details.

“There are several safe harbors,” Ross explains. “If you go onto Facebook and you just look for Pleasant Hope Baptist Church, you can see an entire list of safe harbors of multiple churches throughout the city. Also, I believe all recreation centers are open between 11am and 7 p.m. I believe that Callowhill Aquatic Center is open tonight and serving dinner until 5 p.m. So there are definitely plenty of safe places for youth to go to today. It’s not perfect but there are a lot of people out there who are trying to have safe harbors for our kids.”

More than 70,000 students in the City of Baltimore receive free or reduced cost lunches through school lunch programs. Many of the same places providing safe harbors also coordinated to fill the void of lunch programs. Some did so through preexisting church networks, others through online social media — or a combination of the two.

“It’s been very busy. It’s been incredibly busy, so everybody’s been chipping in where they can,” says Cullen Nawalkowsky, worker-owner at Red Emma’s Bookstore and Cafe which is also providing safe harbor and free meals to area youth. He says community response was quick and generous. “Once that call went out, people started bringing things down almost immediately. And then we were getting a lot of phone calls asking what to do, whether if people who had stuff could bring it down and we just said ‘yes.’ If we didn’t use it all, we know people to give it to.”

Nawalkowsky says youth under the age of 18 already face a strict curfew in Baltimore that starts at 9 p.m., but authorities announced a city-wide curfew on all Baltimore residents from 10 p.m. to 5 a.m. for the rest of the week with exceptions for people going to and from work and for those with medical emergencies.

At deadline Tuesday afternoon, the Baltimore City public school district had not decided whether to reopen schools Wednesday. Betty Smith, Outreach Coordinator at Northside Baptist Church said at least her church would be ready again Wednesday if needed.

“If the schools are closed tomorrow, we will be open, we will be accepting donations, cash, volunteers, food,” Smith said. “We would like the kids to know there’s no age limit, they can come in, there’s no zip code – whatever kid shows up, the parents come with them, with or without them, they will be fed. The TV stations show all of the negative stuff and nobody showed up here today to show any of the positive stuff.”

The rapid response of the community in Baltimore to try to meet the needs of children left without school doesn’t make headlines, and many wonder if the city will take on the root cause of the unrest and implement mechanisms of police accountability or if the same situation that has exploded in Baltimore today, and in Ferguson last year, is on the horizon for another major city tomorrow.