It’s been an intense few weeks here in southern Mexico, where the case of 43 missing students has cast a spotlight on the gap between those who hold political power and those deeply affected by government policies.

It’s a situation we’ve been following early on.

The initial demonstrations calling for the return of the students alive appear to be growing into a larger movement challenging political parties across the board and the administration of President Enrique Peña Nieto in particular. A political crisis is brewing south of the U.S. border.

The case of the 43 students lit a tinderbox of tension that has been below the surface for years now, hiding behind the favorable coverage in large international media outlets of the president’s structural adjustments and reform packages.

There’s a huge difference in coverage and context when a reporter watches a situation from the streets of an economically marginalized state or sees it from the balcony of a high-rise in a posh neighborhood of the capital. Even more distant is the view from a desk in New York, Washington D.C. or Atlanta.

This is why on-the-ground reporters are absolutely crucial to covering stories from the bottom up, and your grassroots support of FSRN is vital to our ability to distribute their work.
I cite the example of Mexico based on more than ten years of experience reporting from here, but the maxim applies to any one of the countries in which we have reporters; to get to the stories unheard by major media, you need to have a local ear to the ground.

This requires sustaining the work of the outlets that deliver this type of coverage.

News production is both time and labor intensive and expensive. It requires a presence in multiple countries and journalists who have built up networks of trust, cultivated sources and accumulated reserves of contextual knowledge over years.

It’s an information ecosystem and you are a part of it.

As a reporter, I know from the experience of FSRN’s hiatus that it’s the only outlet for many of these close-to-the-ground stories. As someone who helped to bring it back, I can assure you that reviving an extensive network of journalists, sources, listeners and supporters is no small feat.

Now, I’m asking you to help maintain this network.

We need the financial support of those who read or listen to our work and find it useful in understanding our world.

Please make a tax-deductible donation to keep FSRN on the air and reporting on undercovered stories from around the globe. 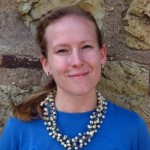