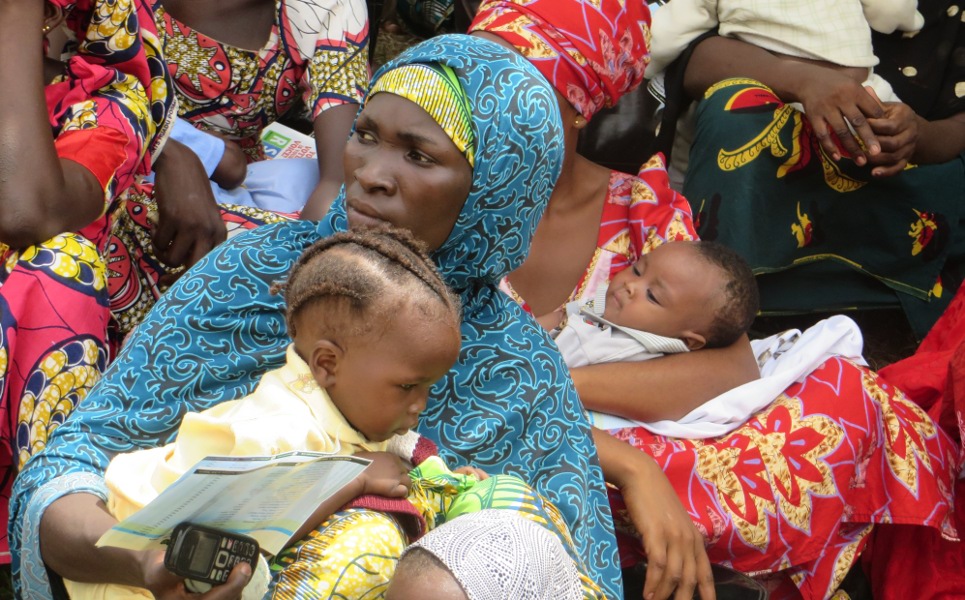 Two hundred and nineteen still-missing school girls who were abducted by the Islamist group Boko Haram in northeastern are being remembered across Nigeria and in several cities around the world as they mark their first year in captivity. The girls are among the almost three 300 girls Boko Haram members forcefully took away at gun point from their school dormitories in Chibok town. The girls’ kidnapping and subsequent Boko Haram attacks forced most of the residents to flee the town. One year on, Chibok residents say it is not yet safe for them to return home. Sam Olukoya reports from Lagos.

Activists held demonstrations across Nigeria to mark the one-year anniversary of the mass abduction of around 300 school girls by Boko Haram militants in the town of Chibok. While some eventually escaped, 219 are still missing.

The largest rally took place in the capital, Abuja. Oby Ezekwesili is a founder of Bring Back Our Girls group, a movement formed to campaign for the return of the Chibok schoolgirls.

“Our greatest pain as a movement is that our girls could have been found within the first couple of days of their abduction,” Ezekwesili told rally atendees. “We lost that opportunity and today here we are. Our Chibok girls will remain an open sore on the conscience of the nation, that when it mattered most many turned their backs on our Chibok girls.”

Many in Nigeria saw government inaction immediately following the mass abduction of the Chibok girls as a sign that the conflict in the country’s northeastern states was not a priority for President Goodluck Jonathan. He recently lost his bid for re-election, despite a last minute push to recover territory taken by the militants.

Internally displaced persons who fled Chibok in the wake of Boko Haram attacks in the area say even though the Nigerian military has chased the militants away, it is not yet safe to return home.

“For us, it is evidently clear that the home is not safe for us,” says Maina Yahi, a displaced person from Chibok who is taking refuge in Lagos.”The government will not protect, us or perhaps cannot still protect us. So that is why we run this far. So if the government is telling the media that there is peace down Chibok no we disagree with that. There was an attack in the Chibok area and about three people were killed so home is not yet safe for us.”

He said the attack took place just last month, yet the government claims Chibok is now safe. At about the same time as the attack, federal workers laid a foundation stone to rebuild the destroyed school where the abduction occurred.

Yemisi Ransome Kuti, also of Bring Back Our Girls says security issues have to be addressed before urging Chibok’s displaced population to return home: “It is not enough to go and put a stone in a school in Chibok when there will be no children to occupy that school even if you build it. There needs to be more cohesion, more planned and joined up thinking about what to do about these girls and the communities that are being ravaged by the Boko Haram insurgency.”

Civilians from the northeastern states have paid the highest price for the government’s failure to react swiftly and successfully to Boko Haram’s offensive.

The rights group Amnesty International says Boko Haram has abducted more than two thousand women and girls in Nigeria in the last year and used scorched earth tactics to take over entire villages in the northeastern states.

President-elect Muhammadu Buhari has pledged to do more to address the conflict, but just what exactly remains to be seen.