Egypt court sentences dozens of protesters, including a U.S. citizen, to life in prison 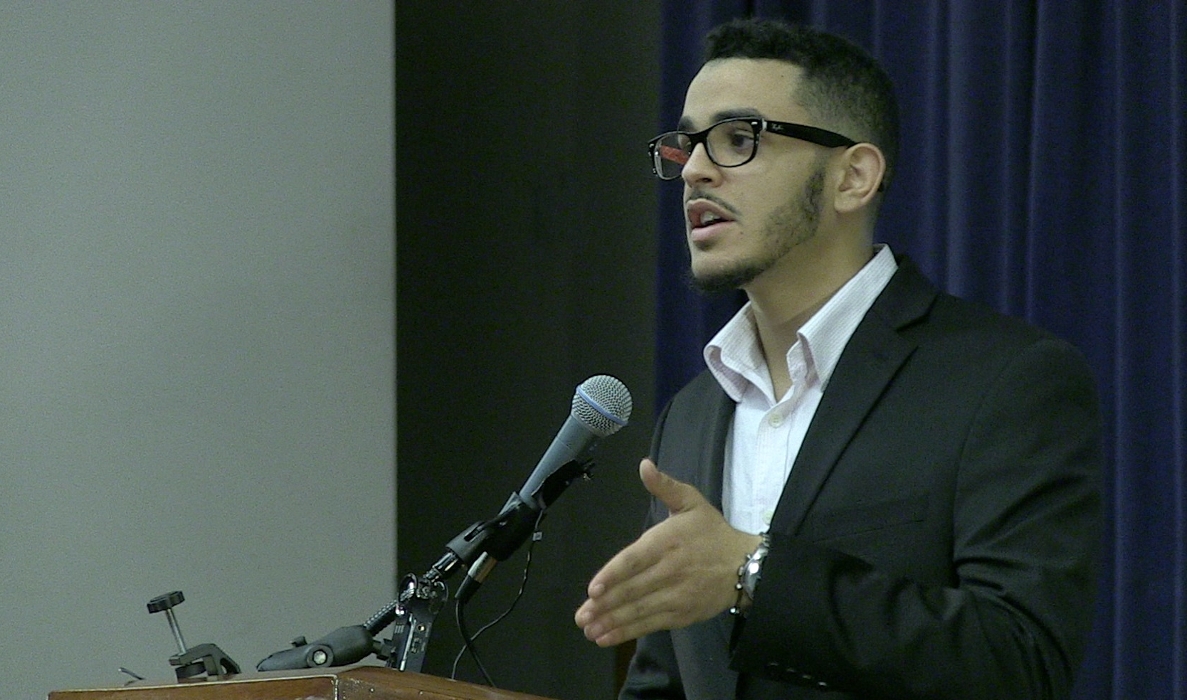 An Egyptian court has upheld the death sentences of 14 people and handed down life sentences to 36 others, including an American citizen. Dual Egyptian-American citizen Mohamed Soltan participated in sit-ins in Cairo in 2013 to protest the military coup that ousted Egypt’s then-president. Egyptian authorities arrested Soltan during the summer of 2013. He has been in prison on a hunger strike for over a year. Nick St. Charles filed this report from Berkeley.

Both the White House and the U.S. State Department have called on Egyptian authorities to release 27-year-old dual citizen Mohamed Soltan after a court sentence him to life in prison on Saturday, April 11th.

A video posted by supporters on YouTube shows Mohamed Soltan speaking to Voice of America news and a crowd of onlookers in Egypt when he was a volunteer media coordinator at a sit-in protest in Cairo’s Rabaa Square.

“After the January 25th revolution we are supposed to be a democracy,” Soltan tells the crowd. “We are supposed to be a free country. Where is this? Why is the military back? Why is the military still ruling? Why is there a police state? Why are they shooting live ammunition at people while they are praying? Why? Why? Why? This is why we are here. We are here to say one message and one message only. We are pro-democracy.”

In the summer of 2013, Soltan joined tens of thousands of activists who camped out in the square to protest the removal of President Mohamed Morsi by the military. Security forces fired live ammunition to clear the square. A Human Rights Watch report found at least 1000 people died in the crackdown. Soltan was shot in the arm and later arrested.

“Mohamed believed in the ideals that he was taught in American school, he believed in the principles,” according to Mohamed’s brother Omar, who adds that Mohamed assisted international journalists in Rabaa Square but is not a member of the Muslim Brotherhood. Speaking at an event at UC Berkeley, Omar Soltan said his brother underwent surgery without anesthesia and torture in prison prior to his trial. “He had to rush through two lines of officers with metals and sticks who beat them and deliberately would beat him on the place where he had surgery.”

Mohamed Soltan — who grew up in Kansas City, went to high school in Detroit and earned a bachelor’s degree in Economics from Ohio State — went to Egypt in 2013 to visit his ill mother. He began participating in protests at the time.

Soltan’s father is a well-known Islamic scholar and member of the Muslim Brotherhood, which won Egypt’s first election after so-called Arab Spring protests forced the resignation of longtime leader, Hosni Mubarak. After the military seized power in a coup, the Muslim Brotherhood was declared illegal and death sentences have been handed down to hundreds of its members, including Soltan’s father.

The death sentences against Muslim Brotherhood members and prison terms for pro-democracy activists and journalists have received serious criticism from human rights groups, but did not deter the United States government from renewing military aid to Egypt just last month.

Dr. Hatem Bazian is a professor of Near Eastern and ethnic studies at UC Berkeley: “Those soldiers that are guarding the prison, those choppers that are being use by the Egyptian military, those tanks on the streets, those bullets that have hit the protestors essentially have an address on it that says made in the United States,”

State Department spokesperson Marie Harf commented on Soltan’s conviction and military aid to Egypt in response to a question during a press briefing Monday.

“The recent decision regarding military assistance to Egypt neither, I think, suggests that the human rights situation in Egypt has improved nor represents some sort of endorsement of the government of Egypt’s approach to domestic dissent,” she told reporters. “I think we’ve been clear that the threats to Egypt’s security have increased over the past few months and obviously were making decisions based on that, that includes the growth of ISIL and other things, but that’s why we speak out very strongly when we still have concerns about the human rights situation, including with Mr. Soltan.”

In a letter from prison, Mohamed Soltan says his Egyptian identity deserves freedom as much as his American one. The substance of the charges against him amounts to what is arguably constitutionally-protected activity in the United States under the First and Fourth Amendments.

Meanwhile, Egypt appears to be back on track to resuming its position as the world’s second largest recipient of U.S. military aid behind Israel.