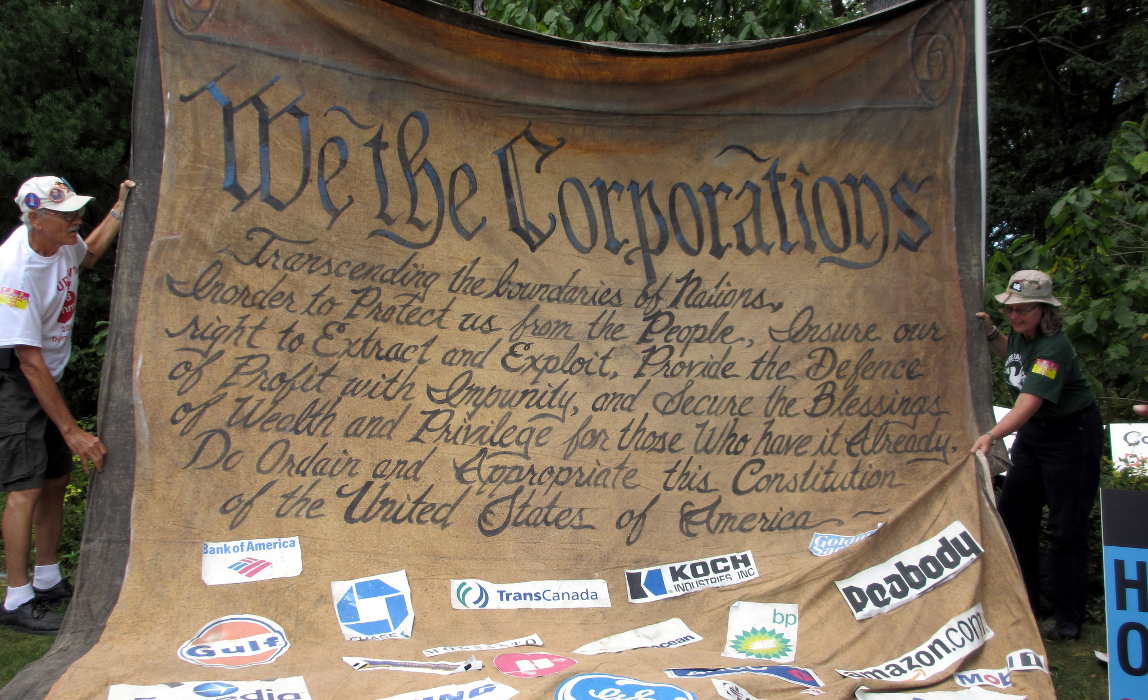 The Senate Committee on Finance advanced legislation that would grant President Obama authority to fast track a massive trade deal called the Trans-Pacific Partnership, or TPP. The issue’s split Democrats on the Hill and pitted many of them against the president who’s found a rare place of common ground with many Republicans. However, critics of the trade deal are sounding the alarm. They say TPP will hurt American jobs and even circumvent U.S. law. Anthony J. Rivera has the story from the U.S. Capitol.

As Thursday night’s Senate Finance Committee markup hearing on the latest trade legislation wore on into the evening, Ohio Senator Sherrod Brown quipped to his tired colleagues about the unusual political alliances that have emerged.

“One of the great things about this night is I just found that my colleagues on the other side of the aisle have this new incredible trust in the president of the United States and admiration and they seem almost to idolize him tonight, that we should give him all the power and trust him to do these negotiations,” Brown said sarcastically.

Republicans are big fans of the Trade Promotion Authority, or TPA, which would allow the president so-called “fast track” authority on the latest trade deal. Fast track is sort of a legislative abnormality that forces an up-or-down vote straight to the Senate floor, and no one can offer amendments along the way.

Senator Brown’s fellow Democrat on the Committee, Oregon Senator Ron Wyden, also finds himself aligned with Republicans. He and Committee Chairman Orrin Hatch of Utah worked closely to reach a deal on the bill. Hatch admits there are Senate Republicans that still need to be convinced. And Wyden’s now feeling heat from Oregonians who are unhappy with his stance on TPA.

“I’ve always said the same thing on that issue,” Wyden claimed. “The best politics is doing the right thing and that’s what I’m focused on.”

But is this policy the right thing to do? As a presidential candidate, Obama said past trade agreements were made with interests that are contrary to American workers. And in this year’s State of the Union speech, the president admitted broken promises have resulted from similar deals.

Patrick Woodall, a research director at Food and Water Watch, says the American people are getting a raw deal with TPA and by extension TPP.

“These are secret trade deals that pose considerable risk to the kind of safeguards to America’s public health and consumer protections and the environment that really need to be dealt with in a more straightforward way,” say consumer advocate Woodall.

The negotiations for the Pacific partnership deal have been shrouded in secrecy. This year, Wikileaks released a chapter of the TPP agreement dealing with trade tribunals whose mission is to adjudicate disputes between corporations and governments. Woodall points out that these tribunals would likely circumvent U.S. law.

Senator Wyden insists he and Hatch fortified TPA with transparency and accountability provisions. Wyden says the TPP agreement will be available to the public somewhere for two months before President Obama signs the agreement. There’s also language meant to ensure human rights and intellectual property rights are addressed. But the Senate measure does not address currency manipulation in partnering countries, where American goods are then harder to sell.

Senator Bernie Sanders of Vermont couldn’t disagree more with his fellow Democrats and Obama on TPA and TPP.

“The president is wrong,” according to Senator Sanders. “President Obama, who I have a lot of respect for, is dead wrong on this issue.”

Sanders jammed up the momentum of the Hatch-Wyden bill with an objection just minutes before the hearing began, causing the morning markup to reach well into the evening. As the Senate Finance Committee’s scheduled markup continued on past dinner time, Chairman Hatch encouraged committee members to vote down as many amendments as possible. The fewer the amendments, he argued, the better the chance for both chambers to pass the bill.

House Ways and Means Chairman Paul Ryan conducted his own TPA markup hearing Thursday. It remains to be seen how much support there really is with House Republicans for the trade deal before leadership will have to find help from Democrats.