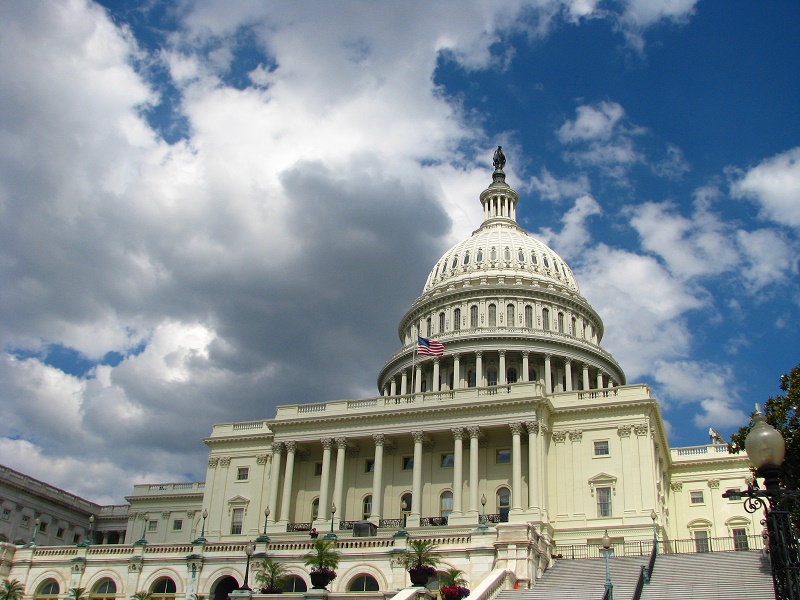 The White House and Congress reached a compromise this week on a bill giving the Senate more say about lifting sanctions as part of a nuclear deal with Iran. The measure, however, removes the threat of foreign policy hawks on Capitol Hill using the legislation to disrupt talks between the two countries. The apparent ease of the agreement shocked many in Washington where compromise has become a dirty word. Still, hardliners on the right insist Republicans should continue fighting to prevent any deal with Iran from happening. Anthony J. Rivera has the story from the U.S. Capitol.

When President Obama announced a framework for a deal to curb Iran’s ability to build nuclear weapons, he specifically asked Congress to put politics aside to make progress on the issue. When Congress was poised to weigh in, Obama faced a choice.

That choice was between two bad options for the president. He could stand on the sidelines while the Senate passed a bill meant to undermine negotiations with the theocracy over its nuclear infrastructure. It’s a bill he promised to veto. Unfortunately for the president, he faced a growing majority in the chamber to override that veto — a majority that included his own party.

On the other hand, President Obama could engage with Congress to ensure a bill came out of committee with the least amount of impact on the negotiation. The White House chose this route just before the bill passed the Foreign Relations Committee in a unanimous vote. Committee member Senator Chris Murphy shed light on how the administration weighed its options.

“I talked to the White House over the weekend and I thought that if these changes ended up being made, there wasn’t a credible threat that these negotiation were going to be undermined any longer,” said the Connecticut Democrat.

What were those threats? Some members wanted a prolonged congressional response time for the final U.S.-Iran deal. That time has now been reduced.

Committee members also wanted amendments requiring Iran recognize the state of Israel or address compensation for former hostages of the regime — all of which were seen as disruptive to the negotiating process. But those amendments were voted down.

The power to lift congressional sanctions, however, remains in the Senate’s hands.

The chairman of Foreign Relations, Senator Bob Corker of Tennessee, and ranking member, Senator Ben Cardin of Maryland, reportedly worked together to craft the agreement. Cardin replaced New Jersey Democrat Bob Menendez who was widely seen as hostile to the administration’s efforts with Iran. But Menendez stepped down amid corruption charges filed by the Justice Department. Since the deal, Cardin has been hailed as a much needed bridge between the two sides.

“It’s clear to me that there is a strong common commitment in the Congress of the United States and the White House to make sure Iran never becomes a nuclear weapons state,” Cardin said. “That is our objective.”

But not everyone agrees with Cardin’s assessment.

“Well we shouldn’t have started down the path where we’d granted sanctions relief in exchange for Iran doing little more than coming to the table,” hardline Republican Arkansas Senator Tom Cotton says, continuing to slam the president’s approach.

Cotton, along with 46 other Republicans, signed a letter sent to the Iranian leadership discouraging any agreement with the president. Senator Corker’s signature was noticeably absent from the letter. And now it appears the chairman has bought Obama a little more time without interference from Congress.

Illinois Senator Mark Kirk, one of the administration’s strongest critics, indicated that the bill would have his support.

“I think the Corker legislation is adequate — is the way to go,” conceded Kirk. “Because that has congressional response times about 30 and 60 days which is going to give more than enough time for the administration to work out the various problems with the Iranians.”

While a deal to halt Iran from building nuclear weapons appears more achievable from Capitol Hill there is still a rough road ahead. The negotiations between the parties have a deadline in June and many of the details still stand in the way. Congress is expected to vote the compromise bill up or down as early as next week.