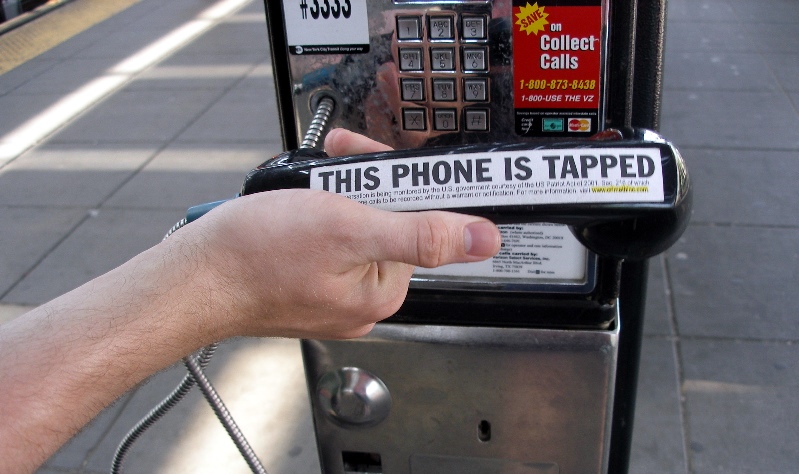 Senators are set to return to Capitol Hill on Sunday when they’ll try to break an impasse over the PATRIOT Act, the counter terrorism law passed just after 9/11.  The major obstacle is Section 215 of the law that allows for controversial NSA programs, including the bulk collection of Americans’ phone records — just ruled illegal by an appeals court. Barring action, that section of the law will sunset June 1st. The White House is pushing hard to convince Congress to act, holding a briefing Wednesday with “off the record” officials talking up the program that some say is only the tip of the surveillance iceberg.

A reform bill called the USA FREEDOM Act passed in the House of Representatives by an overwhelming majority, but failed in the Senate just before the Memorial Day recess, along with a competing bill that would renew the program unaltered. Lawmakers have been negotiating during the recess. If they don’t strike a deal by Sunday, when the Senate reconvenes it will have less than 24 hours before these surveillance programs go dark. Anthony J. Rivera has the story from Washington, D.C.

When the Senate returns early from its Memorial Day recess on Sunday, it will do so specifically to continue its tug-of-war over the PATRIOT Act. The  struggle hangs on the controversial Section 215 programs that paved the way for the government’s mass surveillance of Americans’ telephone metadata. The upper chamber worked late into the night last week trying to break an impasse over the programs which the Obama Administration has said are vital to national security.The marathon session featured a 13-hour filibuster by Kentucky Senator Rand Paul – a presidential hopeful who is branding himself as a champion of privacy.

Many in the Senate hope instead to pass the USA FREEDOM Act,  a bipartisan reform bill advanced in the House this month. But a coalition led by Senate Majority Leader Mitch McConnell has rejected the reforms and sought an extension to the programs as they stand — despite a ruling by Second Circuit Court of Appeals that they are illegal.

“This will be determined, I believe, in the Supreme Court before it’s over as to whether the legislative language provides the statutory authority for them to do bulk collection,” said Intelligence Committee Chairman Richard Burr, one of the senators in McConnell’s group.

The FREEDOM Act’s most prominent reform involves deciding who gets to hold the data. Under the current form of the law, the government receives and holds telephone metadata from telecommunications companies like Verizon or AT&T for future investigations. Under the new legislation, these companies would retain the data, providing it to the government on a case-by-case basis.

The motivation for these reforms is thanks in large part to former NSA contractor Edward Snowden who revealed many of the details of the secret programs in 2013. Since then, civil liberties groups have challenged the government in the name of constitutional privacy rights.

“It’s not clear to me that the kinds of authorities provided by Section 215 is where that fight is or should be happening,” said American University law professor Steve Vladeck. “I think the real question is can the Senate, when push comes to shove, separate the politics of fear and terrorism from the realities of the law and the realities of what this program is actually useful for and what it’s actually been used for.” Vladeck, who is also co-editor of the national security-focused blog Just Security, says fears of lone-wolf attacks and the recent rise of the so-called Islamic State have overly influenced this debate.

As the Senate struggles to decide how to proceed on the issue, many in the intelligence and law enforcement community are supporting the FREEDOM Act. Meanwhile, experts disagree on whether the legislation truly reforms some of the surveillance apparatus revealed by Snowden. And according to the New York Times, bulk collection may not actually stop happening on June 1 when Section 215 expires. Grandfather clauses tucked within the law allow President Obama to request an extension. So far, however, the administration has supported passage of the FREEDOM Act and has also indicated they will not seek a continuation of Section 215 even if the Senate fails to reach an agreement on Sunday.