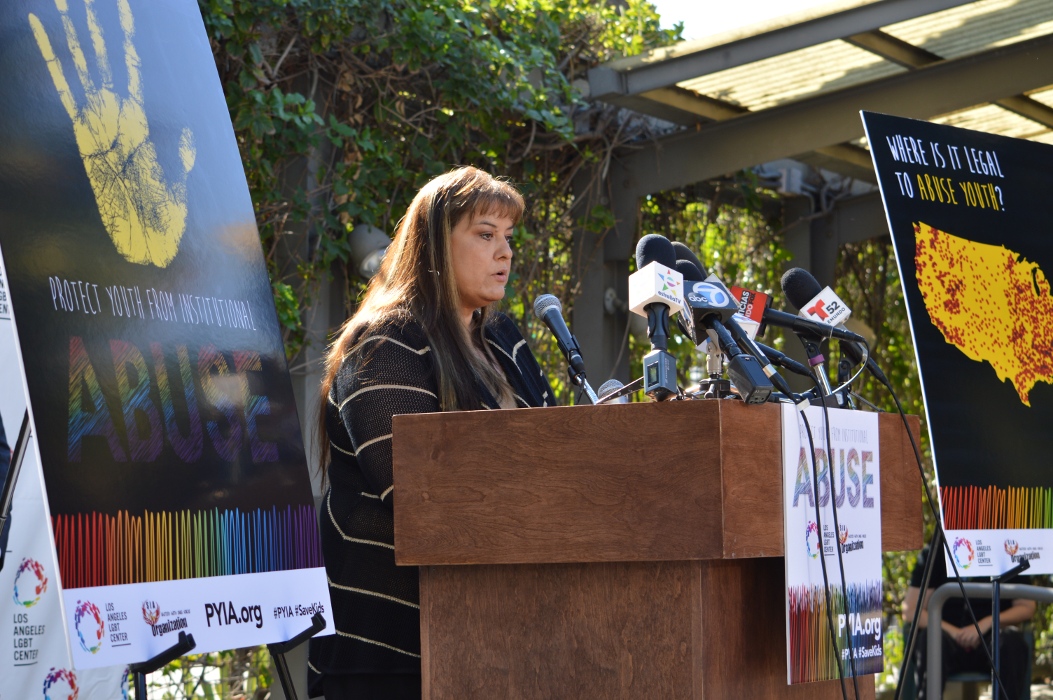 Legislative efforts to stop abuses at private residential youth camps are gaining momentum with the introduction of new bills in California and in U.S. Congress, and a new public awareness campaign. The private youth camps have operated with minimal or no regulation for decades, and despite numerous allegations of severe mental and physical abuse and even death at the hands of untrained workers, worried parents keep sending their kids off to these camps, hoping the so-called tough love regimens will turn their gay kids straight, or cure their addictions, or simply make them act better. FSRN’s Larry Buhl files this report from Los Angeles.

The programs go by many names: behavior modification, alternative rehab, private residential treatment, boot camps, tough love boarding schools, even brat camps. Many are run by evangelical Christian groups. They all claim to have track records of successfully turning around troubled youth.

Teens – and sometimes pre-teens – can be sent to these camps for months, even years. Some are shipped off to camps outside the U.S., and most have little or no contact with family or the outside world while in the programs. The services can cost parents hundreds of dollars a day.

Statistics on the size of the industry are hard to come by, but in 2005 The New York Times estimated it to be worth more than $1 billion dollars.

Promotional materials are often idyllic, showing teens hiking in the wilderness, enjoying group bonding and physical fitness. A video from the Judge Rotenberg Center in Massachusetts touts “a chess club, a photography club, dance, basketball… [and] a party every Friday for those who earn it.”

In 2013, the United Nations Special Rapporteur on Torture determined that certain techniques used at the Judge Rotenberg Center, including electro-shock and physical restraint of children with disabilities, violated the UN Convention Against Torture.

The Center is still operating, but did not return calls from FSRN inquiring about its current practices.

When many parents enroll their children in residential centers they sign a limited purpose power of attorney, giving the center custody of their kids. Reform advocates say the centers tend to be secretive, and parents have little idea about what goes on there.

Jodi Hobbs was sent to a now-defunct Christian youth treatment facility as a teenager. She’s now president of the advocacy organization Survivors of Institutional Abuse. Hobbs says that licensing of these centers if lax to non-existent. “It just depends on the state,” remarks Hobbs. “For California it depends on if it’s a public or private program or facility. If it’s private there’s really no licensure or regulation you have to adhere to except for fire code and things of that nature.”

That means many of these facilities operate with little to no oversight.

“The only thing any of these institutions have been required to do, at least in the state of California, is file a private school affidavit, which only means they are teaching a curriculum,” says Dave Garcia, Director of Policy and Community Building at the Los Angeles Lesbian Gay Bi and Transgender Center. The center has teamed up with Survivors of Institutional Abuse on a new campaign to draw attention to programs they say abuse so-called troubled kids. “Unlike other foster care institutions, or other group homes that are regulated by the state, nobody is regulating these institutions. The department of social services is not inspecting these institutions. Therefore they’re rife with abuse and we’ve heard horrible stories.”

Nick Gaglia spent more than two years at a troubled youth camp to stop his drug use. Now he’s a spokesman for reform of the industry and he documented his experiences in three films.

“They controlled our food,” Gaglia says, describing the conditions at the camp. “We were on food rations.  We slept only a couple hours a night.  All they’re concerned with 24/7 is how are my basic primal needs going to be met today? When am I gonna eat? Am I going to be safe? So when someone says, ‘Tell us you’re a heroin addict’ you’re going to fight it because you’re not a heroin addict, but at a certain point you’re gonna say, ‘I’m a heroin addict,’ just to get some food.”

Advocates say a big problem with these programs is their “one size fits all” approach to any problem with any kid.

“It is not possible to have a non-abusive troubled teen program because the whole concept of a troubled teen program is flawed,” says Maia Szalavitz, author of the book Help at any Cost: How the Troubled-Teen Industry Cons Parents and Hurts Kids. She says the problem is not just a few bad apples. “You cannot put everything from a kid with Asperger’s to a kid with addiction, to anti-social personality kids to kids with borderline to kids who pissed off their parents to kids who have a stepfather that hates them. These are all very different problems. The idea that we can take a kid out out of their life and put them in with a bunch of other so called troubled teens and fix them is not a sensible one and there’s no evidence that it works.”

Ten years ago, Szalavitz helped the Government Accountability Office investigate the private rehabilitation industry for troubled youth. The investigation was led by then-U.S. Representative George Miller, who proposed legislation for government oversight of the programs. But the bill died in Congress.

Now Miller is retired, and state and federal lawmakers are reviving the task of regulating the industry.

In March, California State Senator Ricardo Lara introduced a bill, SB 524, to require the licensing of all youth treatment and education institutions in California through the Department of Social Services, with no exemptions for religious organizations.

Later this month U.S. Representative Adam Schiff, also from California, will introduce a bill to establish standards for youth camps – including professional credentials for workers and the ability for youth to contact the outside world.

But with new watchdog organizations, and with President Obama saying he supports ending programs that claim to turn gay kids straight, awareness of problems in the industry is growing.

Critics admit that not all private youth camps are abusive and that some do have credentialed staff. But they ask, without proper oversight, how can parents really know what their kids are in for?