Jailhouse suicides on the rise; reform advocates call for training and oversight 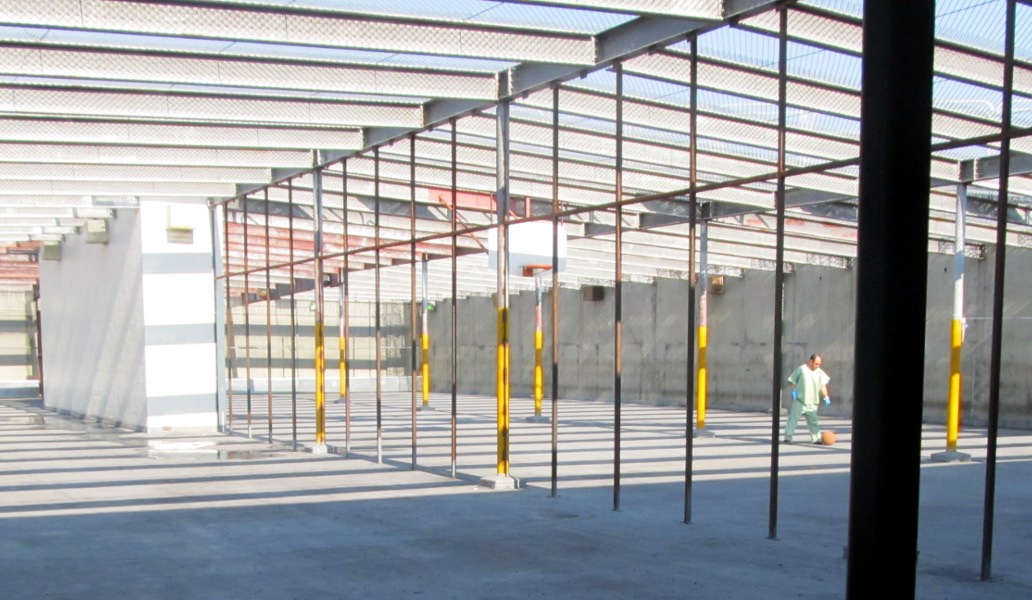 Los Angeles County has settled a lawsuit for $1.6 million with the family of a mentally-ill young man who killed himself while in custody. The settlement follows a legally binding agreement between the county and the Department of Justice to update jail protocols for mentally ill inmates.

The issue of jailhouse suicides received national attention in July with the death of 28-year-old Sandra Bland in Waller County Jail in Texas, although Bland’s family has questioned if her death was due to suicide.

According to a recent  report from the Justice Department, suicides are not only the leading cause of death in county jails across the country, they’re also on the rise, and few of these jails have the resources or the staff to prevent them. FSRN’s Larry Buhl has more from Los Angeles.

A Justice Department report released in August shows that suicides in jails increased nine percent between 2012 and 2013, even as the overall jail population declined, and it showed that jails have a suicide rate seven times the rate in prisons.

Some experts say the high rate of suicide in jails is due to the shock people experience when they’re first arrested and locked up, facing the possible loss of their jobs and support systems. And prisons are more likely than jails to have mental health professionals on staff to do crisis intervention.

“Jails are a bit like emergency rooms from a health care perspective,” explains Eric Balaban, Senior Staff Council with the ACLU National Prison Project. “There’s a high density of pathology in terms of lots of sick people coming in. Jails have to quickly and accurately triage.”

And that triage has to be done accurately and quickly, because the greatest risk of suicide in jail is within seven days of arrest.

Michele Deitch is an attorney and criminal justice policy expert at the University of Texas Law School. Lawmakers on the Texas House County Affairs Committee questioned her on best practices in jails in the wake of Sandra Bland’s death. Dietch told the committee that jails should use a nurse or mental health professional, or at least someone with specialized mental health training to screen all new arrestees.
.
“There needs to be an identification what level of risk they present,” says Deitch. “Someone who is actively suicidal or making threats or taking steps toward attempting suicide, they need constant supervision. They need to be very closely observed. To have face to face observation checks where the staff member isn’t just looking at them but is actively engaging with them.”

Another issue is where the incarcerated mentally ill should be housed. Typically when someone is determined to be a risk, he or she is placed in isolation. Deitch says that practice needs to stop: “The research on this shows that’s one of the worst thing that can happen, even though it’s common to put a person in isolation, it’s very traumatizing for them. Putting them in a multi occupancy cell is a much better strategy in most cases.”

Deitch admits that making the necessary changes to prevent suicides could strain the resources of many jails, especially smaller ones. But even when a jail has the resources to do the right thing, they often do the wrong thing, and then double down on their mistakes.

Philip Cho has suffered from schizophrenia and a mood disorder for years, but he never had a run-in with the law until 2005. That year, he spent almost ten months total during two stints in LA’s Twin Towers men’s jail. Once he was arrested for writing a bad check, the second time for trespassing — for sitting in a hotel lobby. He was homeless at the time.

“At Twin Towers, what they do is, when I was processed through reception I told the deputy I was schizophrenic,” recalls Cho. “The first thing he does is he handcuffs me through a bench, an isolated cell, and leaves me there for seven, eight hours. I couldn’t move, I couldn’t drink water, I couldn’t use the bathroom. Couldn’t do anything. That’s how they treat people with schizophrenia. I wasn’t violent. I wasn’t acting rude. I wasn’t acting out. I was just sitting.”

Cho never attempted suicide in Twin Towers. But he recounts a nightmarish scenario of abuse at the hands of deputies and officials who had no idea how to handle his mental condition. Abuse bad enough that he needed treatment for post traumatic stress after he was released.

“The total time I was there in Twin Towers I was seen by a doctor once, only once. And that time was when I begged the deputy sheriff to get my medication. I was going through severe withdrawal symptoms for my illness. That is the only treatment I received. There is no follow up. There is no ‘how are you doing on your medications and how are your symptoms?’ At most you will get your medications if you’re lucky.”

Justice reform advocates point out that the lack of public health care for the mentally ill creates a revolving door between jails and the streets for people like Cho, people who need adequate treatment and safe housing — not handcuffs.

“Jails are not hospitals and sheriffs are not medical directors but they have that responsibility to treat and safely house very sick men, women and children, because of this failure of community resources,” says the ACLU’s Balaban.

Some jurisdictions have implemented crisis intervention teams with mental health professionals to recognize mental illness and help keep those people out of jails. Los Angeles is one of those cities.

As for Twin Towers, reforms are on the way. Under pressure from the U.S. Justice Department in August the LA County Sheriff agreed to federal oversight and promised to make sweeping changes that include professional supervision of mentally ill prisoners and extensive mental health training for deputies.

That’s one jail, out of 3,200 jails across the U.S. and experts say few of them have taken steps to prevent suicides within their walls.