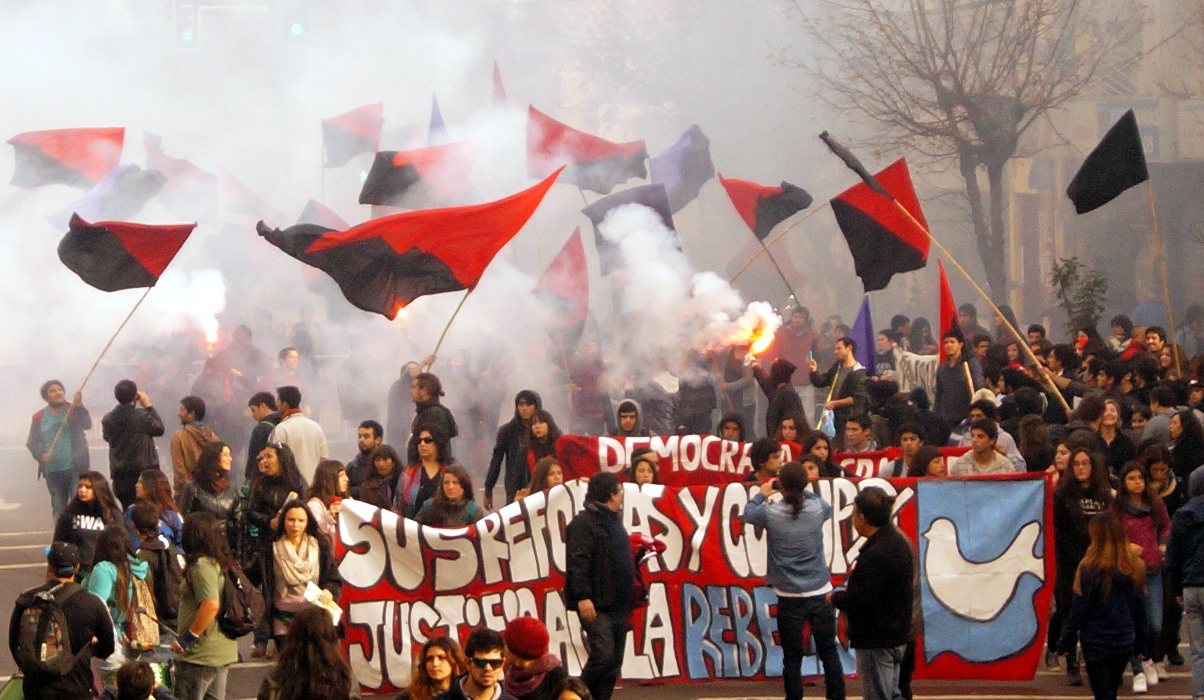 Demonstrators clashed with police Thursday as President Michelle Bachelet gave her annual state of the union speech to Chile’s Congress in Valparaiso. Tens of thousands of students and professors have taken to the streets regularly for the last five years, demanding free public education for all Chileans and reforms to the private education system imposed by the Pinochet dictatorship. Last week, countrywide protests took a deadly turn when two young students were shot dead.

As she lit candles at a memorial for them, Barabara Arriagada explained the two students were pasting posters to a wall when they were shot by the property owner’s son.

Tens of thousands of protesters returned to the site of the murders Thursday, demanding justice as the president delivered her state of the union address less than a mile away.

President Bachelet asked for the people’s trust and said she is tackling government corruption. Five senators have been arrested in recent months as part of ongoing scandals. The president replaced five of her cabinet ministers last week.

In her speech, Bachelet repeated some now-familiar promises to tackle inequality, improve access to education and healthcare and to increase transparency.

But delays in implementing those long-promised reforms have fueled frustration among student demonstrators who have spent years now in the streets. During Thursday’s demonstrations, protesters attempted to batter down the front door of the home of the alleged murderer of the two students but were driven back by riot police.

“The people are unhappy because they can see with what has happened that the police have turned their backs on us and they are defending the rich,” said student protester Cristian de las Rosas. “So now we are here battling them and covering our faces too for our comrades who died in the struggle last week.”

With her approval rating at around 30 percent, President Bachelet is facing the biggest challenge of her term. And some of her staunches critics are now among the ranks of the leftist social movements that initially supported her until she put her reform agenda on hold.