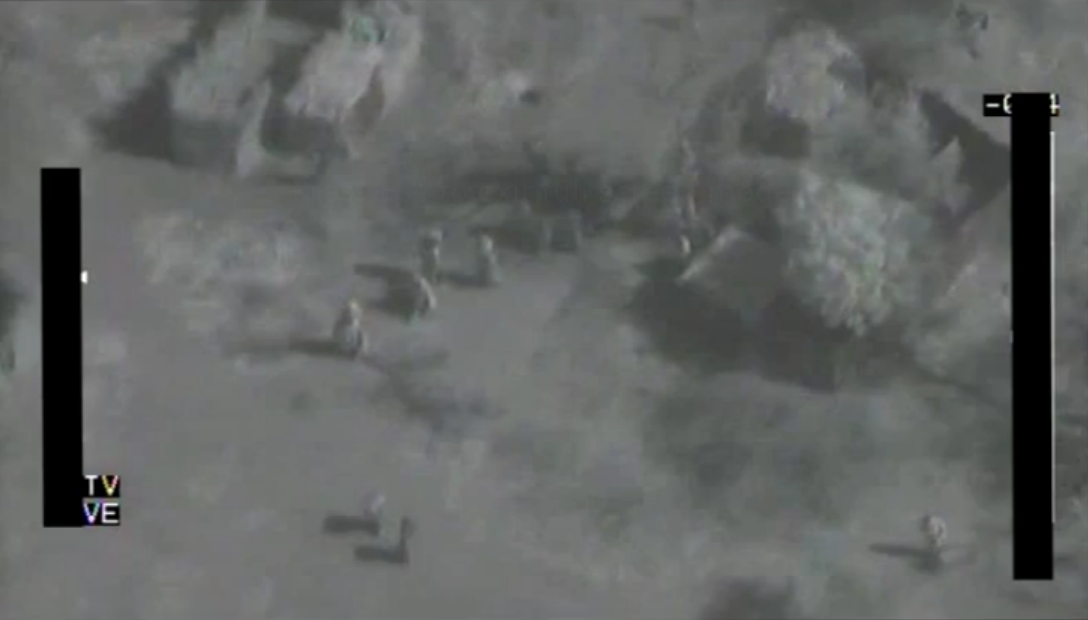 Screenshot of footage released by Nigeria's Air Force of its operation in Sambisa Forest.

The Nigerian military is in the midst of an aggressive campaign to take back areas held by the Islamist militant group Boko Haram. As soldiers advance, they have freed hundreds of women and girls that the militants were holding captive. The largest group yet – comprised of nearly 300 rescued hostages – arrived at a displaced persons camp Sunday. Sam Olukoya reports from Lagos.

The Nigerian Air Force and Army, along with forces from neighboring countries, launched an offensive on Boko Haram training camps in the vast Sambisa Forest. Since the start of the operation in late April, the armed forces have freed nearly 700 women and children held captive by the militants.

Boko Haram used the captured women and girls for cooking and cleaning in the camps. Rape was an apparently common occurrence.

The rescued women begun to telling their stories to reporters upon their arrival at camps for the displaced. Many witnessed militants kill their husbands, sons or fathers before their captivity.

Rescued hostages say they were kept malnourished and that militants regularly killed other hostages to keep them in a constant state of fear.

Boko Haram is responsible for the abduction of more than 200 schools girls a year ago from the town of Chibok. The whereabouts of the girls remain unknown.

After a long journey out of the forest, the rescued hostages are receiving medical care and health screening at regional camps for the internally displaced. Military authorities say the operation in the Sambisa Forest is ongoing.