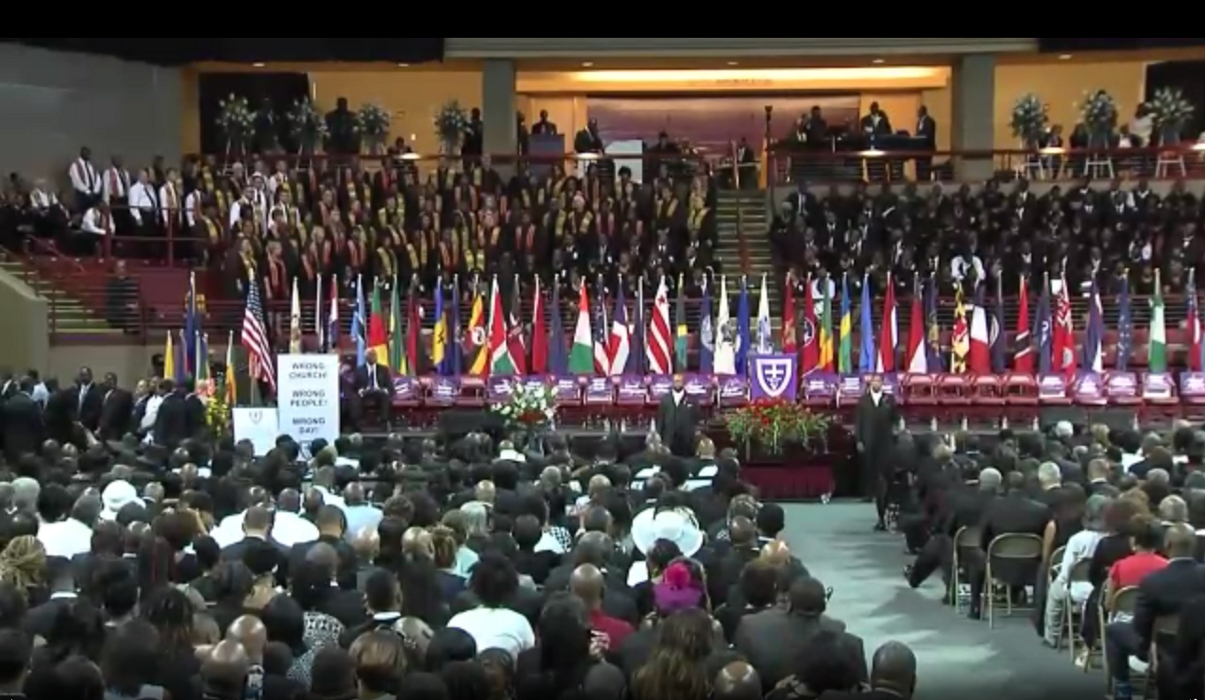 Screenshot of funeral services for Rev. Clementa Pinckney via Ustream/PBSNewsHour

Funerals for the nine victims of the massacre at the Emanuel AME church in Charleston, South Carolina began this week.  FSRN’s Shannon Young has more.

Thousands of mourners filled the TD Arena at the College of Charleston Friday for Reverend Clementa Pinckney’s funeral.  President Barack Obama flew in to deliver the eulogy for the murdered South Carolina state senator. Ethel Lance and Sharonda Coleman-Singleton were remembered and laid to rest Thursday.

Meanwhile, the Confederate flag – a symbol revered by the massacre’s perpetrator – continues to fly near the statehouse, sparking a national debate about its use on the grounds of public buildings.

On Monday, South Carolina Governor Nikki Haley took a public stance on the Confederate flag locked into full mast position on the state capitol grounds, saying it’s time to take it down. Its removal requires a two-thirds majority vote by the state legislature.

The next day, the State Senate debated a measure to take up the issue before the end of the session.

African-American State Senator Darrell Jackson reminisced about how difficult it was to work out a compromise in 2000 to remove Confederate flags from the statehouse building itself.

The state senate passed a measure to put the Confederate flag’s removal on this session’s agenda. The lower house of the South Carolina legislature is expected to consider the measure next week. Governor Haley said she will exercise her power to keep the legislature in session if its members fail to debate the flag’s removal before its scheduled recess.

Meanwhile, in neighboring North Carolina, a predominately Black church was set on fire Wednesday night in the city of Charlotte. The church was empty at the time, but the blaze was so large it required dozens of firefighters to put it out. Investigators say the fire was deliberately set, but have not yet determined if the arson was a hate crime.