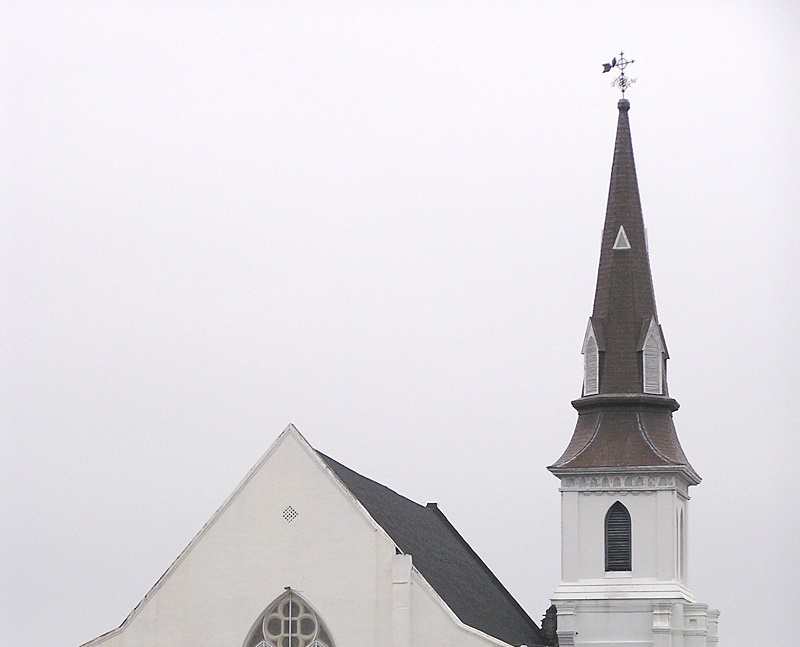 Prayer vigils and moments of silence were held across the country Thursday following a mass shooting in a Charleston, South Carolina church. Nine people were killed. FSRN’s Nell Abram has more.

Prayer vigils and moments of silence were held across the country after a gunman killed nine people at an historic Black church in Charleston, South Carolina Wednesday night.

The act of racially-motivated domestic terrorism came after a white male entered the historically black church and joined a weekly bible study. An hour later he opened fire inside the church.

“Communities like this have had to endure tragedies like this too many times” Obama said, prefacing the remarks by saying he has had to make speeches about mass shootings too often. “We don’t have all the facts, but we do know that once again innocent people were killed in part because someone who wanted to inflict harm had no trouble getting their hands on a gun. Now is the time for mourning and healing. But lets be clear: We as a country will have to reckon with the fact that this kind of mass violence doesn’t happen in other countries. It doesn’t happen in other places with this kind of frequency. And it is in our power to do something about it.”

Among the dead is South Carolina State Senator Clementa Pinckney – who also served as pastor of the storied Emanuel African Methodist Episcopal church – built by a former slave who purchased his freedom and planned to lead a slave revolt 193 years to the day before the massacre.

“Mother Emanuel is in fact more than a church – this is a place of worship founded by African Americans seeking liberty,” the president said, recounting more of the venerated church’s history. “This is a church that was burned to the ground because its worshipers worked to end slavery. When there were laws banning all black church gatherings, they conducted services in secret. When there was a nonviolent movement to bring our country closer in line with our highest ideals, some of our brightest leaders spoke and led marches from this church’s steps. This is a sacred place in the history of Charleston and in the history of America.”

Video from church security cameras shows the alleged shooter, Dylann Roof, entering the building Wednesday evening. Roof was apprehended early Thursday in North Carolina without incident, waived extradition proceedings and was returned to South Carolina by the end of the day. The 21-year-old white male has reportedly admitted the carrying out the attack.

In a photo circulating on social media, Roof is wearing a jacket bearing patches of the national flags of apartheid-era South Africa and colonial Rhodesia, now known as Zimbabwe. According to his uncle, the suspect recently received a gun for his birthday.

As events unfolded Thursday, U.S. and State flags at the South Carolina capitol building were partially lowered, yet the Confederate flag remained at full-mast. Bomb threats were made against two churches where mourners gathered to hold vigil. The banner headline on the Charleston newspaper, the Post and Courier, read “Church Attack kills 9” — a sticker ad for a gun store was placed at the top of the front page.

U.S. Attorney General Loretta Lynch called the attack barbaric: “Acts like this have no place in our country and no place in a civilized society.”

The Department of Justice launched a hate crime investigation. State officials initially charged Roof with one count of murder, more charges are expected.