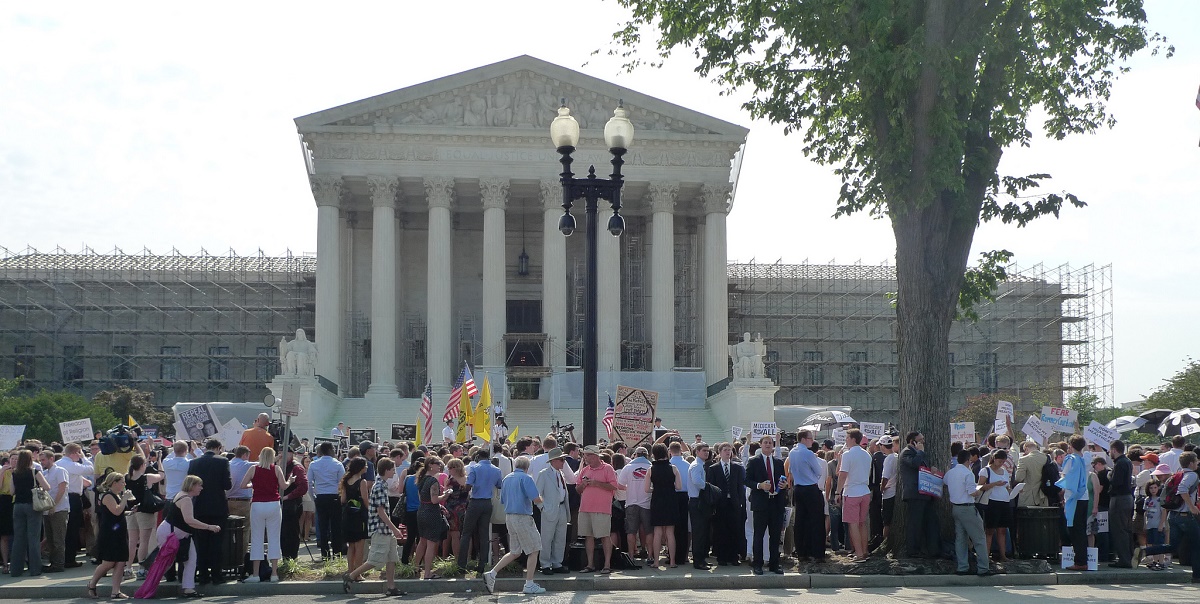 The decision in King v. Burwell is a major win for the White House. The question in the case hinged on whether federal subsidies to offset the cost of health insurance in states that did not set up their own health care markets – or exchanges – are allowed under the law. Plaintiffs seized on a phrase in the act that says consumer price supports are available for people buying insurance on “exchange[s] established by the state” — not the U.S. government. But the Court said not so, that the spirit of the law is clear: federal subsidies for all.

President Obama lauded the ruling: “Today after more than 50 votes in congress to repeal or weaken this law, after a presidential election based in part on preserving or repealing this law, after multiple challenges to this law before the Supreme Court– the Affordable Care Act is here to stay.”

Had the decision gone the other way, Obama said, America would have “gone backward.”

It’s the second time the Court has upheld the law commonly called Obamacare. While some say the 6-3 decision is a win for more than 6 million insured Americans in more than 30 states – others say it’s also a win for health insurance corporations. Joining us to discuss the decision and what it means for health care in the U.S. is Dr. Margaret Flowers, is a pediatrician, co-Director of PopularResistance.org and an adviser to the Board for Physicians for a National Health Program.

Dr. Margaret Flowers: Thank you for having me.

NA: The High Court has upheld the ACA’s federal subsidy provision – what does this mean for health care consumers and what does it mean for insurance companies?

Dr. F: Well, we like to call them patients rather than health care consumers because they don’t see healthcare as a commodity — it’s something that everybody needs. But of course, while overall we don’t support the Affordable Care Act because its not a real solution we would be, you know its devastating to take access to health care away from people and the reality is that in in the United States people with private health insurance do have some better access to health care than those who do not.

In terms of insurance companies this is a big win for them as well because they very clear from the beginning of the negotiations of the Affordable Care Act that they needed a requirement that every body buy insurance and they needed federal subsidies in order to make those insurance premiums affordable to people to buy their insurance product. So in effect each year we are turning over hundreds of billions of taxpayer dollars directly to the private insurance companies.