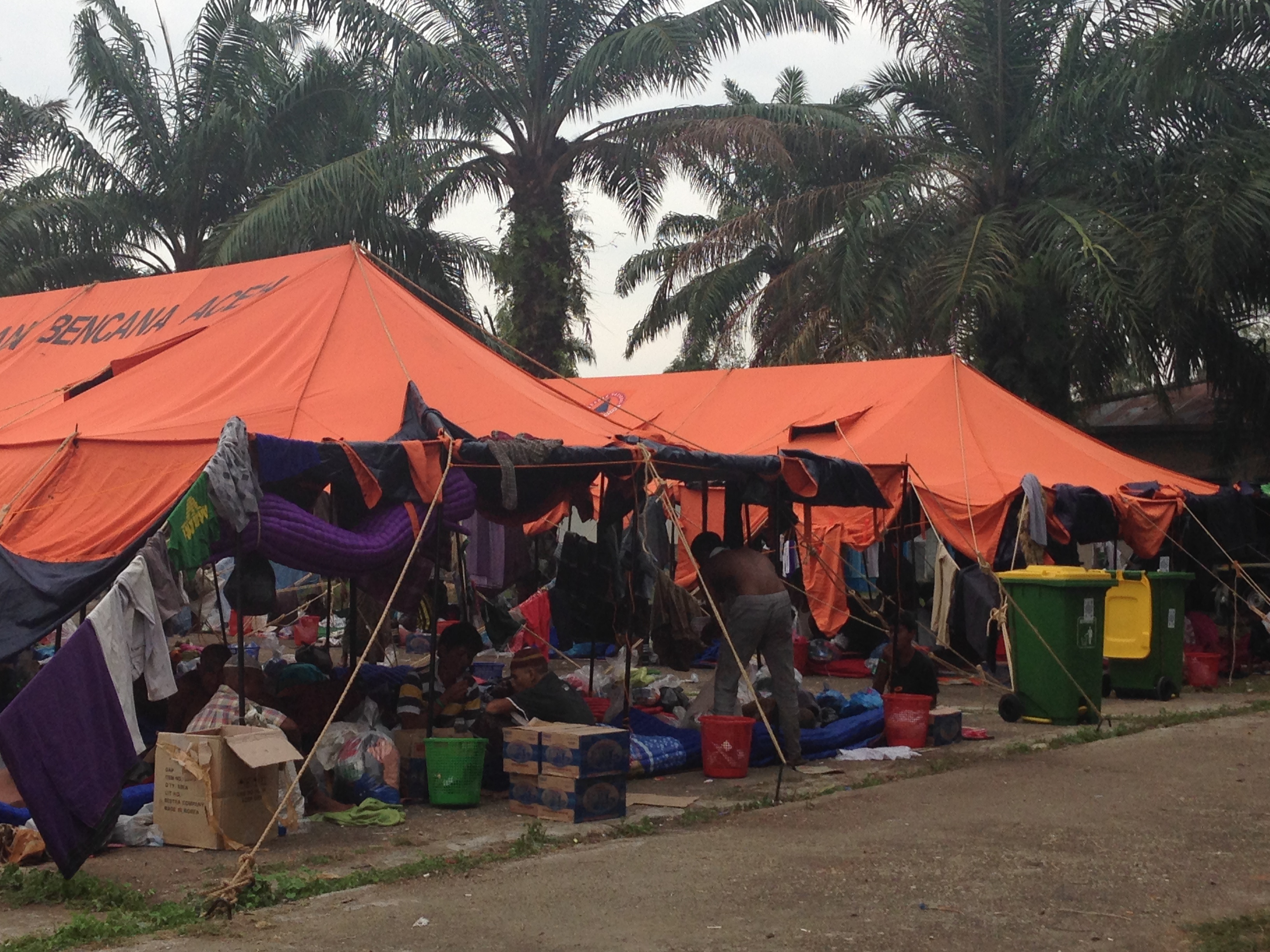 Indonesia’s Aceh province is playing a vital role in assisting hundreds of migrants in Asia, now settled in temporary refugee camps after surviving perilous journey’s by sea. As Ron Corben reports for FSRN from Bangkok, humanitarian and relief workers expect more Muslim Rohingya will likely risk similar voyages in the months ahead once the monsoon storm season passes.

The Indonesian province of Aceh has become a refuge of last resort for Muslim Rohingya fleeing targeted violence and persecution in Myanmar’s western Arkine state. Around 2,000 refugees are now living in temporary camps in Aceh after local fishermen rescued them at sea.

South East Asian regional countries, especially Indonesia, Malaysia and Thailand, agreed the Rohingya could remain the camps for a year; but only after an international outcry forced them to reverse a policy of refusing landfall to ships packed with desperate refugees. Human smugglers abandoned thousands of boat people at sea.

Lillian Fan is a Malaysian humanitarian worker and researcher based in Aceh.

The people of Aceh are no strangers to hardship. The province experienced 30 years of armed conflict between the Indonesian army and separatists. In 2004, it was the epicenter of the Indian Ocean Earthquake and tsunami that together claimed up to 150,000 lives in Aceh alone.

Indonesian authorities, says Fan, told the the local fishermen not to intervene in the crisis, orders the fishermen defied.

“The bright spot has been the fact that ordinary people, fishermen, actually fishermen and villagers and people who in Aceh in particular have themselves been victims of conflict, actually conducted not just rescue [but] search and rescue because they knew people were out there,” Fan explains.

They recovered the first Rohingya vessel in eastern Aceh on May 10, the second on May 15.

Now settled in temporary camps, many boat people worry about the future and family members left behind, says Htike Htike, a Rohingya humanitarian worker and co-founder of the Equal Harmony Foundation.

“For the Rohingya, the [Indonesian] government said they have shelter for one year in Aceh. But still everyone would like to know what next for them. Either they will be deported to Burma again or they have an option to stay in Aceh or resettlement. So it’s always a common question for them,” explains Htike.

Human rights workers note that Rohingya will likely continue to flee Myanmar as long as the violent campaign against then continues, with the government doing little to nothing to prevent it.

The United Nations estimates as many as 1,200 refugees remain stranded at sea or unaccounted for. Over the past few weeks more than 3,000 have landed in Thailand, Malaysia and Indonesia.