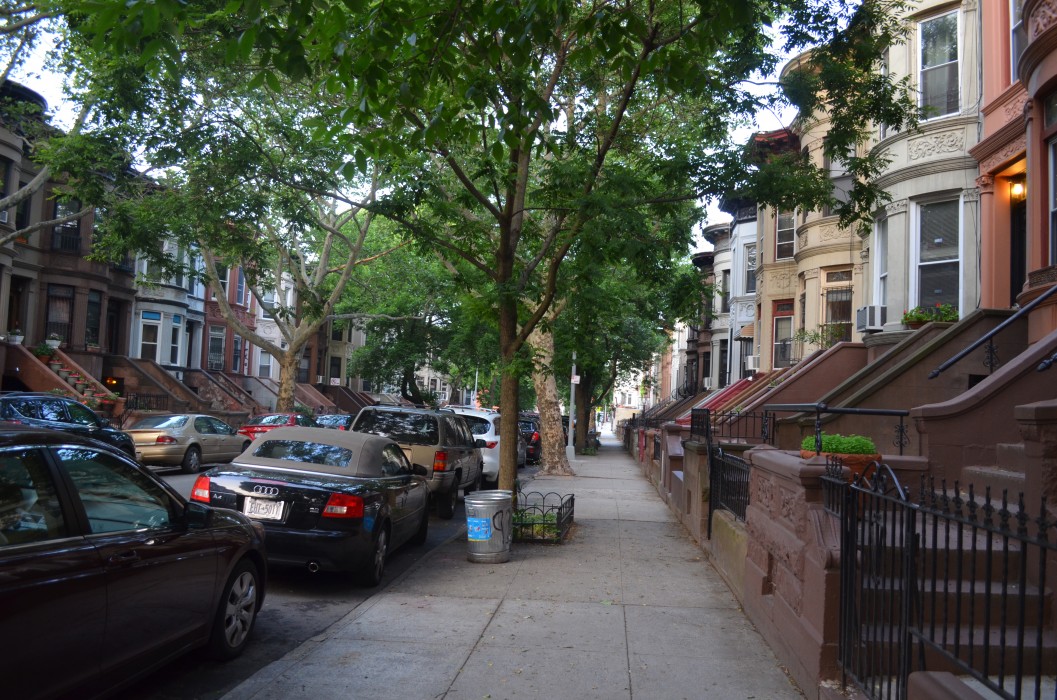 New York lawmakers must decide by Monday whether or not to change the state’s rent laws. Currently, the laws govern more than one million privately-owned apartments, preventing landlords from dramatically increasing the rent and from evicting tenants without cause. But, in certain apartments, the landlord can start to charge market-rate rent once the long-term tenant leaves. Housing advocates want that provision eliminated. They say it creates an incentive for landlords to harass tenants in rent-stabilized units to try to get them out. In New York City, Eilís O’Neill visited one rent-stabilized apartment where tenants say the building management is harassing them.

Twenty-eight-year-old Claire St. Louis lives in a construction zone. Her apartment building in Crown Heights, Brooklyn reeks of paint fumes. All her furniture is piled in two of the unit’s four rooms. And her floor is different heights in the hallway and the bedrooms.

“In here, this is where there was a door,” St. Louis says as she gives a tour of the apartment. “They put the hallway floor so high—approximately four inches and a half—so the door couldn’t actually open or close so they just removed it. These are the workers’ tools that they left in my closet. This is the bathroom.”

“They came into our home and started breaking walls, which we were totally not prepared for,” she remembers. “They said that they were going to be doing new pipelines, but they failed to tell us the scope of their work. Every wall in my apartment has been demolished.”

During the construction, the gas was shut off. There was no hot water for weeks. And the bathroom ceiling started leaking. It got so bad that Saint Louis sent her cousins, who are two and eleven years old, to stay with other relatives. Now, she lives alone with her mother. She’s an accountant and has started to work from home so she can oversee the construction.

Saint Louis lives in a rent-stabilized apartment in Crown Heights, a rapidly gentrifying neighborhood. Her landlord could charge much more than the $1,800 a month she and her family pay, but first he’d have to get her to leave.

Tenant organizer Brandon Kielbasa explains: “A landlord can remove a rent-stabilized apartment from rent stabilization if the legal rental value reaches two thousand five hundred dollars or more and, then, simultaneously, the unit has a vacancy. So it has to be the two conditions met at once. Until you move out, the landlord would not get a vacancy and then be able to remove that apartment from rent stabilization.”

Kielbasa says that’s why invasive construction has become a common practice in Crown Heights and other formerly low-income neighborhoods. Landlords can pass off construction costs as rent increases. And they can make staying in the apartment uncomfortable or even impossible.

According to Kerri White, an organizer at the Homesteading Assistance Board, sometimes speculative landlords buy buildings for much more than they’re worth on the assumption that they’ll push long-term residents out of the building. As a result, she says, it’s becoming more and more difficult for low-income residents, families, people of color, the elderly, and immigrants like Saint Louis and her family to stay in New York City.

In the process of displacing long-term tenants, landlords also sometimes expose residents to toxins like lead dust, tenant-organizer Brandon Kielbasa adds. Then, it becomes not just a matter of losing their home, but their health as well.

Claire St. Louis says the demolition of her apartment’s walls caused endless problems. Mice invaded. Blankets the workers used to protect her furniture introduced a bed bug infestation. That gave her a rash. And the dust, paint, and varnish irritated her nose and lungs.

“I had to get a pump to help me breathe better,” she says. “Before you had a flawless, perfect body, and now you have all these bite marks on your skin that are hard to be removed, so, and a whole big bag of medications for your skin, prescription medication for my skin because I have to deal with a lot of itching because of dust.”

New York City Mayor Bill de Blasio created a task force earlier this year to address the problem of tenant harassment. Kerri White, an organizer at the Homesteading Assistance Board, says that’s a good start. But she adds that to get at the root of the problem lawmakers need to remove the loophole that allows landlords to take some apartments out of rent stabilization.

“They should get rid of that provision,” she argues. “Like, if it’s a rent-stabilized unit, it always stays rent-stabilized, so the rent increases are under some kind of control.”

Tenants and advocates in New York City held rallies on May fourteenth and June sixth to demand that rent-stabilized apartments stay rent-stabilized forever. On May nineteenth, the state Assembly passed a bill to that effect. The bill is now before the Senate. Lawmakers must make a decision soon, since New York’s current rent laws expire on Monday. As for Claire St. Louis, she’s taking her landlord to court on June 30.