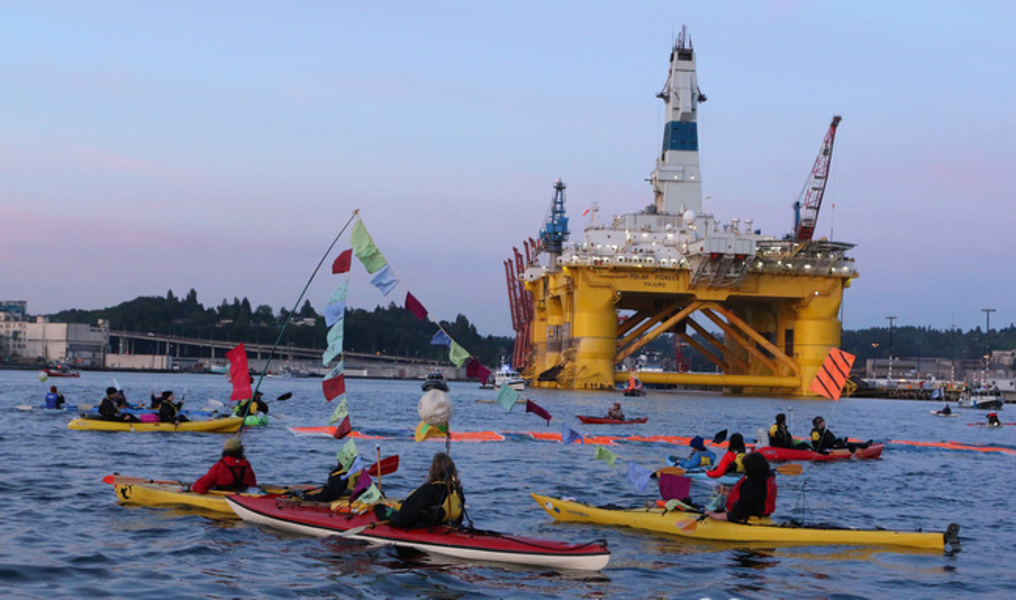 Kayaktivists attempt to block the movement of a Shell-contracted rig near Seattle. (Photo credit: Greenpeace USA, used with permission)

Activists in Seattle hit the water today in kayaks to block a Shell-contracted drilling rig from moving into Arctic waters. The rig left the Port of Seattle at around 6 a.m., but the so-called kayaktivists,  alerted ahead of time about the rig movement, were waiting. The Polar Pioneer drilling rig has been docked in Seattle since May. Its departure from port comes just after Shell Oil acquired two more permits as part of its push to drill in Arctic waters. The permits authorize the company to discharge wastewater from the Polar Pioneer and another contracted rig, the Noble Discoverer, into Alaska’s Chukchi Sea. Industry-watchers say Shell could begin drilling in the Arctic in a matter of weeks.

But the kayaktivists are bringing their novel form of protest to the seas in an attempt to stop the Arctic drilling push. Among them is Greenpeace USA’s Arctic Campaign Organizer Kurtis Dengler, who spoke with FSRN’s Shannon Young.