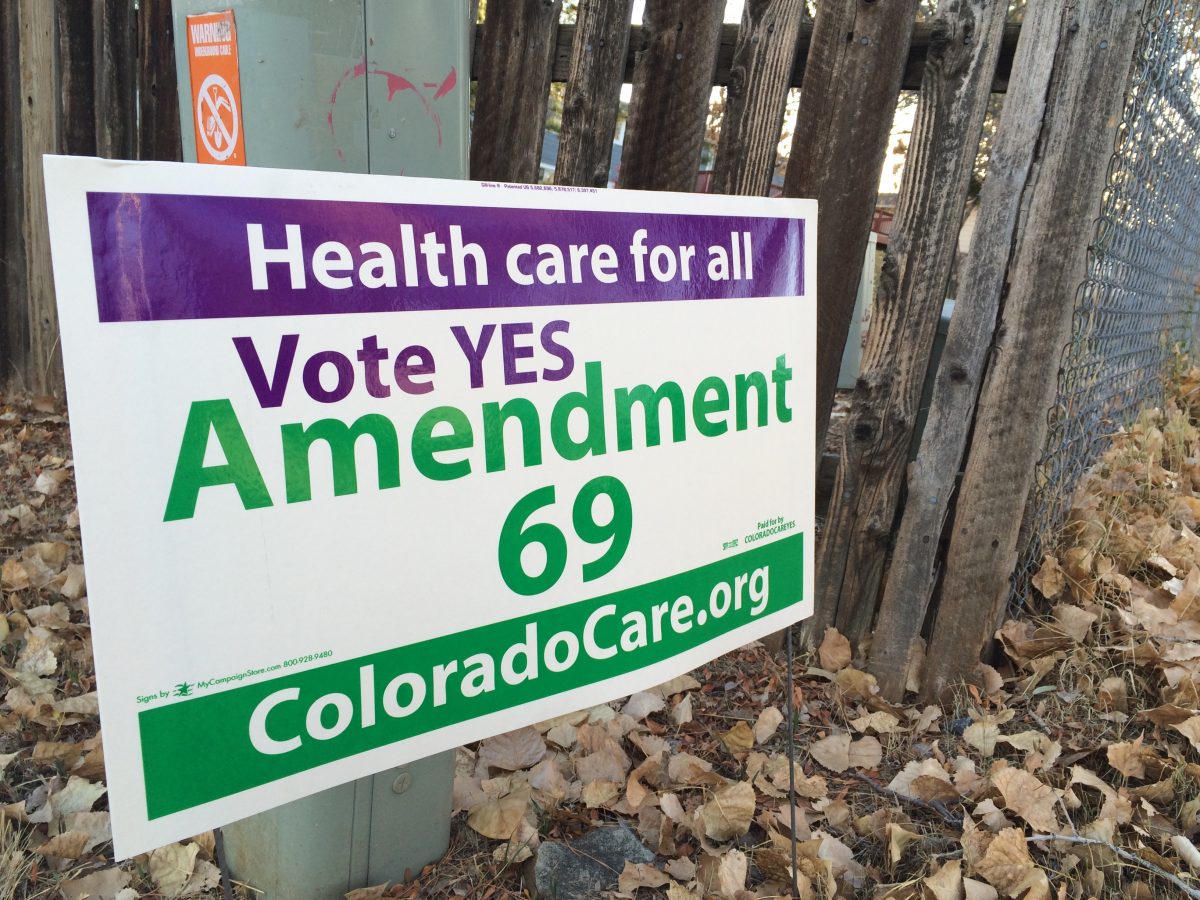 In Colorado, citizens are voting on another potentially historic ballot measure. Amendment 69 or the ColoradoCare initiative, would create the nation’s first state-run single payer health insurance system, a plan major players in the healthcare and insurance industry and donating millions to defeat. FSRN’s Hannah Leigh Myers has more from Denver.

New federal reports show that health insurance premiums could likely double in 2017 and many Americans are still unhappy with the country’s healthcare system.

If passed, Colorado’s Amendment 69 would create a first of it’s kind statewide, universal healthcare system, replacing the Affordable Care Act, called ColoradoCare under which residents pay premiums based on income. This citizen-led constitutional amendment requires a 10 percent increase in income taxes to raise the required funds.

The Colorado Health Institute recently published an independent analysis of Amendment 69 and the study’s principal researcher, Emily Johnson, says ColoradoCare has a lot to offer residents: “We found that ColoradoCare would in fact create billions of dollars in savings through administrative savings and that would allow it to cover all of the currently uninsured Coloradans at around the same amount of money, actually a little bit less, than is currently spent on healthcare in the state for that same group.”

But the ColoradoCare Yes campaign says CHI’s analysis is flawed, that claims about doctors fleeing the state if Amendment 69 passes are unfounded and the benefits ColoradoCare has to offer far outweigh the costs.

“We’re offering broader choice, no deductible, we’re going to cover everybody and it’s going to cost $25 billion but guess what last year Coloradans spent $30 billion on health insurance premiums,” explains health care expert and one of the architects of the ColoradoCare initiative, T.R. Reid. “In the first year, we’re going to save $5 billion with our ColoradoCare Plan.”

Under the current system, Reid says, health insurance companies and their CEOs are raking in millions from Colorado and that’s why they’re spending millions to defeat Amendment 69.

Meanwhile the ColoradoCare Yes campaign is funded through grassroots support from proponents like psychologist Lyn Gullette: “We can’t be intimidated by the money. I know that’s what the corporations would like us to believe is that it can’t be done.”

The state’s largest health insurance provider, Anthem Inc, turned down a request to debate Gullette on the merits of the proposal.

It looks unlikely that voters will muster the 50 percent threshold required to pass the ballot measure to provide a health care-for-all-system.

And next time they try, it may be even harder. That’s because another measure currently before voters in Colorado, Amendment 71, would raise the threshold required to amend the state constitution.