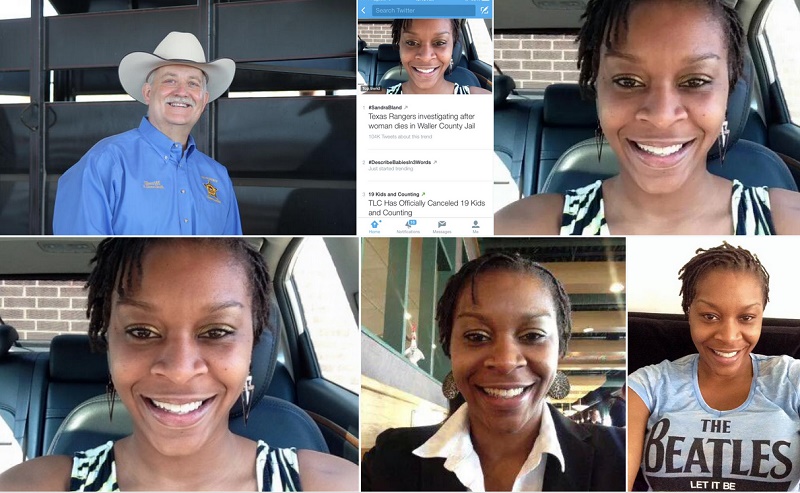 Questions are swirling around the official version of the death of a young African-American woman in Texas jail cell. Teddy Wilson reports from College Station.

Twenty-eight year old Sandra Bland was found in a Waller County jail cell Monday morning after her arrest during a traffic stop in Prairie View, Texas.

Waller County District Attorney Elton Mathis said Bland apparently used a trash bag to hang herself from a partition in the ceiling. A coroner ruled her death suicide by asphyxiation.

Bland’s family and friends strongly question the official version of her death, saying Bland was not suicidal, was excited about recently landing a job at her alma mater university in Prairie View and that her bond had already been posted before she was found dead.

Police stopped Bland Friday near Prairie View A&M campus for allegedly failing to signal a lane change. Local law enforcement claim she became combative and was arrested and charged with “assault on a public servant.”

A video uploaded anonymously to social media shows two police officers arresting Bland. She is outside of her car, face down on the ground with an officer on top of her. Bland can be heard saying that her head had just been slammed into the ground and that she couldn’t feel her arm.

The other officer told the videographer to leave, an order the bystander questioned. As police load her into the back of the patrol car, Bland thanks the person for filming the arrest.

Waller County Sheriff Glenn Smith, who oversaw the custody of Bland, was previously suspended from the police department of the nearby town of Hempstead for racist remarks in 2007 and eventually fired after continued allegations of racism and improper use of force.

Waller County has a long history of racial discrimination and civil rights abuses, and the county was the subject to a Justice Department directive concerning discriminatory voting practices.

The FBI and Texas Rangers have reportedly opened a joint investigation into the circumstances surrounding Bland’s death.