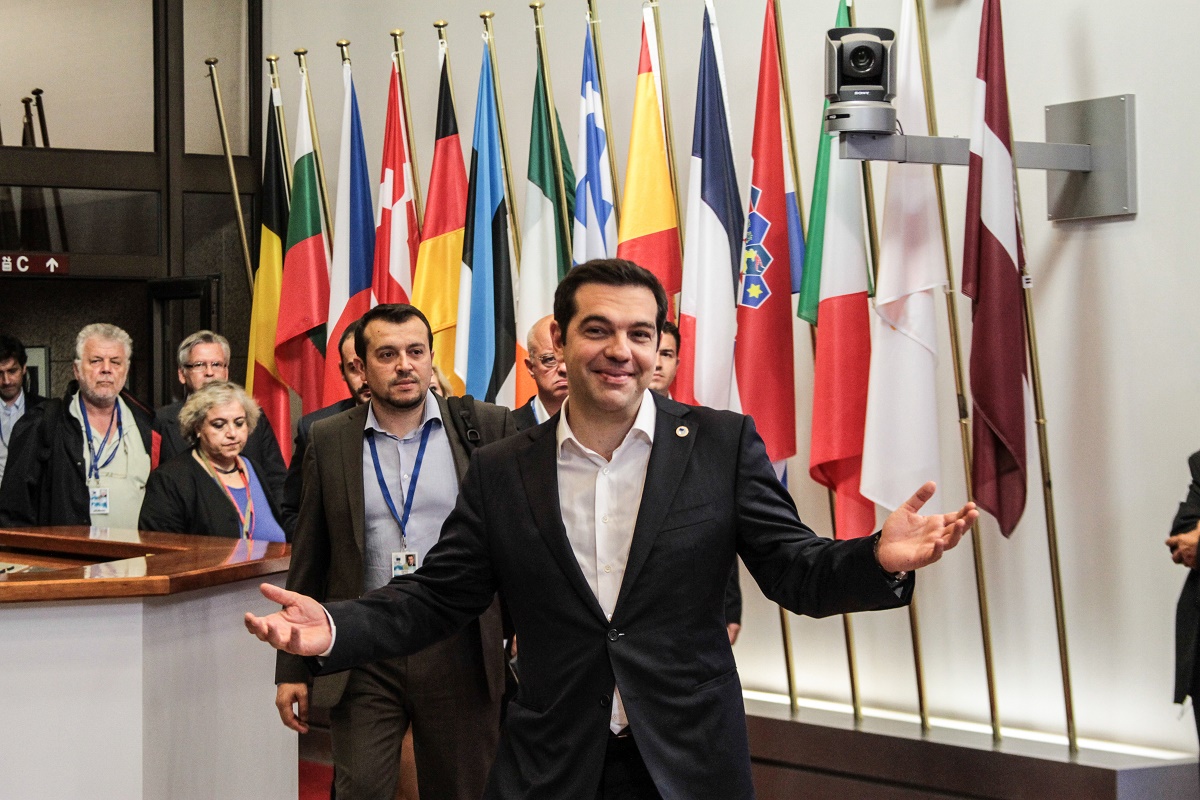 After three weeks, banks are open again in Greece. Withdrawal limits remain in place, but have shifted to a weekly limit of 420 euros rather than 60 a day. That’s just shy of 460 dollars a week. The shift comes after last week’s vote by the Greek Parliament, accepting spending cuts called for by creditors, despite a recent referendum rejecting austerity.  And amid the subsequent government re-shuffle and public outcry, lawmakers are set to vote on even more reform measures later this week. Aris Oikonomou reports.

Banks reopened this week after the EU gave Greece a more than $7 billion bridge loan, allowing the government to catch up on payments to the IMF Monday. The move came after Parliament approved an increase in the pension age and hiked value added taxes by 10 percent.  In order to  qualify for a further $50 billion bailout package, on Wednesday lawmakers will vote on even more austerity, including provisions that would make it easier to evict people late on their rent, harder to declare bankruptcy, and could allow the government to seize money from individual savings accounts in excess of $100,000.

This new bailout deal comes at a huge price for the recently elected Syriza-led government of Prime Minister Alexis Tsipras.  After the vote, the four left-wing ministers openly against the deal resigned from Parliament, taking with them more than 30 other members of the Syriza party.

“I will not vote for the third memorandum,” Panagiotis Lafazanis, leader of the Left Platform, declared. “With the memorandum the country does not go forward but it gets destroyed. The message given by the Prime Minister – memorandum or destruction – is a terrorist dilemma.”

New ministers, mainly from the right-wing government ally Independent Greeks Party, were sworn in on Saturday. Because of the shift in power, the current Syriza-led government has lost its majority and new elections may be ahead.

Although, the economic and political instability has shaken Greek society, recent polls show that public support for Syriza remains strong.  But some analysts dismiss the polls, saying that the public has been distracted by more than 30 wildfires across the country during the weekend, overshadowing the chaotic political situation.

This Wednesday’s vote will be coupled with huge demonstrations. The second biggest union, the public servants union ADEDY, is calling for a strike and a rally.  The All Workers Militant Front, supported by the Greek Communist Party, is organizing rallies in more than 50 cities nationally and farmer unions are also planning to join workers in Athens with their tractors.

Instability is deepening despite the bail-out agreement.  Prime Minister Tsipras is losing the internal battle in his party, and the price could prove to be the demise of the left-wing government.