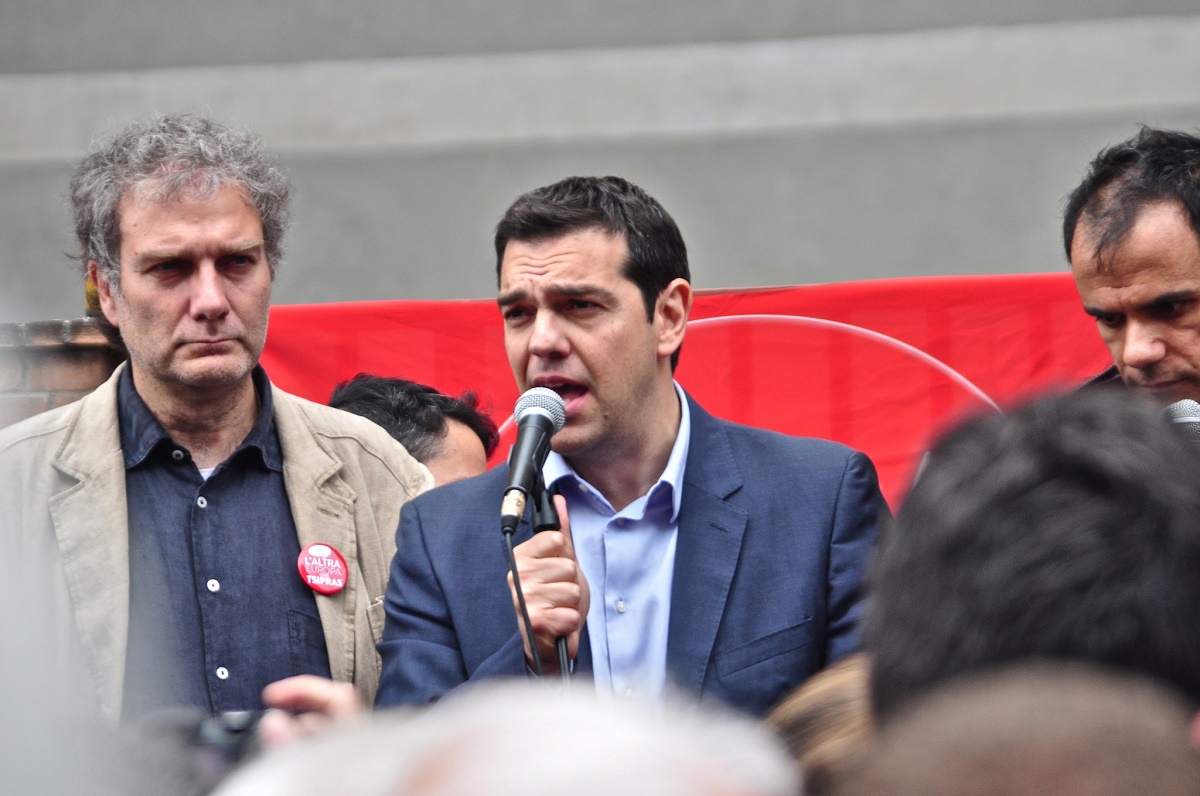 The move came the same day that the country just barely missed default, making a last minute payment to the European Central Bank. The money came from a $95 billion dollar bailout secured through a deal with European countries at the cost of more deep spending cuts — the very austerity measures that Prime Minister Tsipras campaigned against and that voters said “no” to in a July referendum.

Wednesday night, the Greek Parliament approved the deal 229-64, but a large number of those dissenting votes came from within Tsipras’ Syriza party. Opposition members met late Thursday in Athens, and Friday they announced that they’ve formed a new leftist party called Popular Unity.

“The speculation is that the very popular and highly regarded president of the Parliament Zoe Konstantopolou, who has been a thorn in the side of the Prime Minister ever since he acceded to this bailout, will join this new party,” explains Dimitri Lascaris, a partner with the Canadian law firm Siskinds and Greek political analyst. “There have been discussion amongst the leaders of the left platform and other anti-austerity parties of the the left, including the anti-capitalist front known as ANTARSYA. So what may emerge in the next few days is a credible left wing truly anti-austerity – truly anti-austerity – alternative to Syriza.”

If a newly formed leftist bloc succeeds in forming prior to the next round of elections, Lascaris predicts they could finally push the country to leave the Eurozone.

“That would be really a disastrous development for the Eurozone as a whole —  for the monetary union.  I want to be very clear about that: for the monetary union. But from my perspective that would not be a bad thing for the people of Europe. The monetary union is fatally flawed, it has austerity baked into its DNA. It is simply impossible, and the experience of the last seven months has demonstrated this, for anybody to break free of the restraints of austerity (any country) without departing the Eurozone If that become clear to the people of Europe – I think that would be a game changer.”

Listen to the full-length  interview with Dimitri Lascaris here.