Greeks to vote on austerity and debt in Sunday referendum 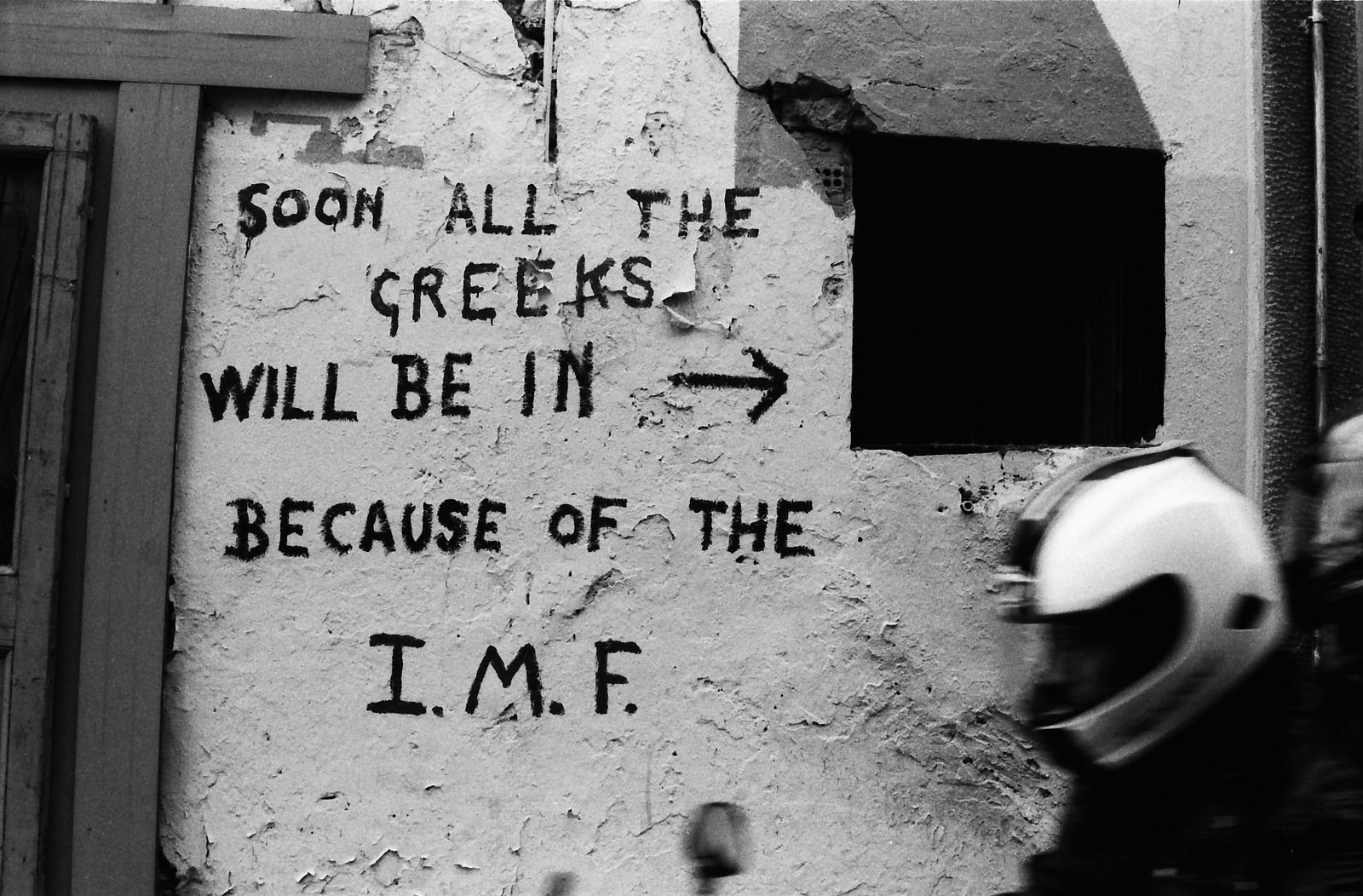 Greek voters head to the polls this weekend for a referendum on the country’s massive sovereign debt. The referendum comes months after an anti-austerity party came to power and the lead-up to it has sparked a last minute flurry of negotiations with creditors. Aris Oikonomou reports.

Demonstrations and panicked bank runs marked the days leading up to Greece’s July 5th referendum on its sovereign debt crisis. It’s the first time a country’s voters have been asked if they consent to austerity measures to pay back international creditors.

Greek Prime Minister Alexis Tsipras called for the referendum on national television after multiple failed attempts to reach an agreement at high-level EU meetings. Since the June 26th announcement, both sides have been digging in their heels to influence voters.

Almost all opposition parties – except the Greek Communist Party – have joined forces to side with the creditors, framing their Yes vote campaign as a measure to remain in the European Union and the Eurozone.

“The Yes vote is seen as wanting Greece to stay in the EU and the No vote as a move to end relations,” explains newspaper editor Vasilis Koronaki, a Yes campaign supporter. “Leaving the EU would push our society and economy backwards many years. The decision to hold this referendum was wrong. The elections were five months ago and he had a clear mandate to negotiate and accept what was proposed by our creditors.”

Greek voters are also feeling pressure in their pocketbooks after the European Central Bank in Germany decided not to replenish cash reserves at Greek banks. Thousands of desperate account holders have been lining up all over Greece to withdraw what they can of their savings.

To prevent a total collapse of the financial system, the Greek government imposed a cash withdrawal limit equal to about $67 per day.

“This is an unacceptable situation,” says 70-year-old Giorgos Palmyris, a retired construction worker who lives in Athens. “The German government is killing us. We cannot leave like this, in lines and having our money rationed. Tsipras must not give in to these pressures but a solution must be found.”

The crisis has pitted a model in which the government proposes a New Deal-type program to revive the economy against European and international creditors who want deep cuts to the public spending and social welfare programs.

“Both sides want to stay in the EU and and are willing to apply some cutbacks,” explains Efi Koutsokosta, a political analyst for Euronews Network. “However, the side of the creditors and the national opposition parties behind the Yes campaign wants to come out of the crisis with privatizations, the consolidation of public services and severe cut backs. Whereas the Greek government favors a strategy that is supposedly redistributive in nature, in that it will put the onus on the wealthier strata of society.”

The No camp appears strong ahead of the referendum. Its supporters are driving home the message that the issue on the ballot is about austerity and that leaving the Eurozone, or the EU, is out of the question.

Artemis Rodopoulou is a Thessaloniki-based school teacher and a supporter of the No vote.

“First, I will not accept what the troika wants to impose on us,” Rodopoulou says. “Their proposals haven’t worked yet. Our families will only become poorer and more marginalized. Second, what is happening is clearly blackmail. Not only have they forced the banks to close, but they’re conflating the referendum question with a completely different issue of wanting to remain in the EU and with the Euro.”

Despite the intense social polarization, both camps want to remain in the EU and agree spending cuts are necessary. They differ over just how deep the cuts should be. No matter which side wins, likely outcomes are hikes to the value added tax, privatizations of some state-owned assets and reductions to salaries and pensions.

The referendum, says Prime Minister Tsipras, is not only a tool to exert public pressure on creditors but is also a way to include the citizens in a decision that will affect them all.

In its high-stakes poker game with powerful international creditors, Sunday’s referendum is the last card Greece has up its sleeve.