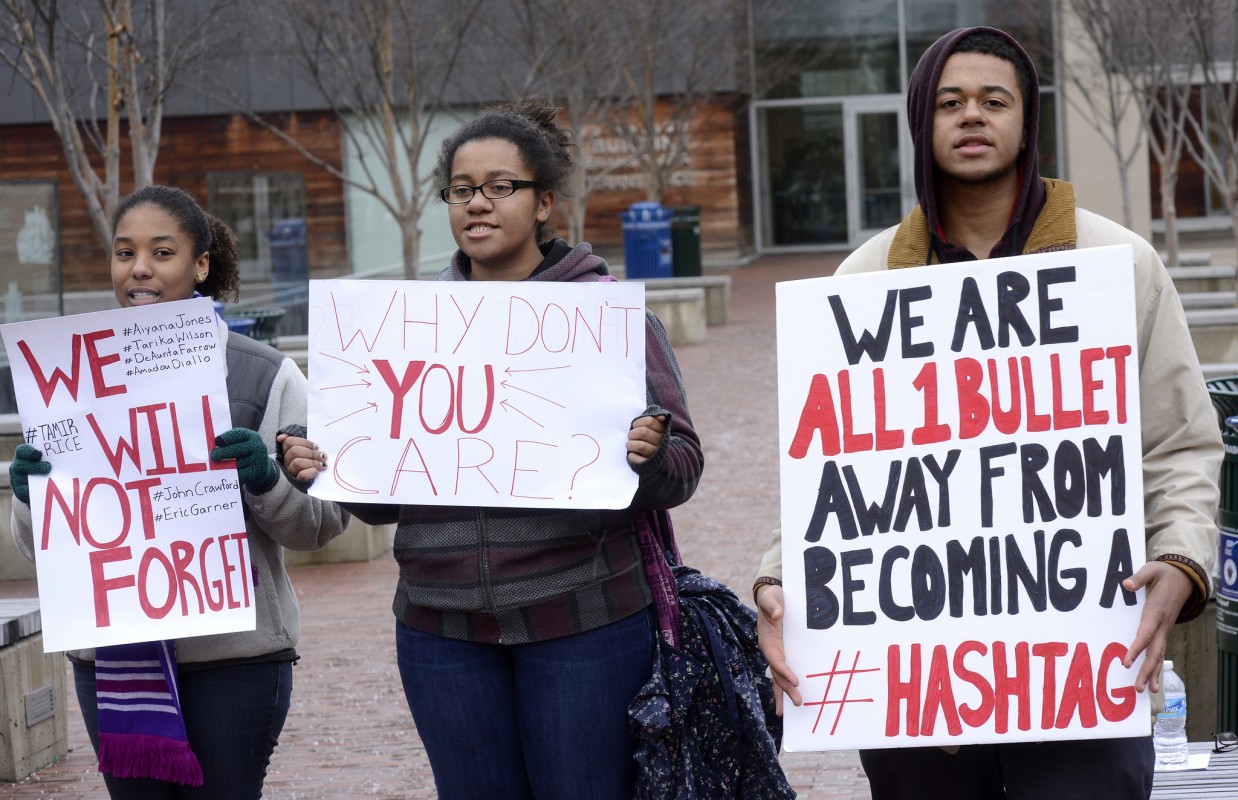 An Ohio police officer turned himself in Wednesday and is charged with murder in the recent shooting death of an unarmed African American man during a routine traffic stop. From the very beginning, Samuel Dubose’s family pushed for the release of police body cam video recorded during the deadly traffic stop – that video is now public. FSRN’s Lena Nozizwe reports.

A Hamilton County, Ohio grand jury indicted a University of Cincinnati police officer for the murder of Samuel Dubose. Dubose, a a 43-year-old African-American, was pulled over July 19th because he did not have a front license plate on his car.

The white officer who stopped him, 26-year-old Ray Tensing, was wearing a body cam that recorded the stop. During the recording Dubose appears completely cooperative. After a brief exchange that includes Tensing asking for his license, the encounter quickly escalates and the University of Cincinnati police officer shoots the unarmed Dubose in the back of the head.

In the police report, Tensing claims he was dragged by Dubose’ car. A second officer reportedly corroborated Tensing’s version of the events. But looking at the body cam video, a more credible reporting is that the car was very slowly rolling and then pulled away after Dubose’s fatally injured body lurched forward. It’s unclear if the second officer will face charges for falsifying the incident report.

“I think he lost his temper because Mr. Dubose would not get of his car,” Deters said. “I think he lost his temper,” the prosecutor continued. “When you see this you will not believe how quickly he pulls his gun and shoots him in the head. It is incredible and so senseless. I feel so sorry for his family and if feel sorry for the community. This should not happen ever.”

From the beginning the family demanded to see the body cam video. After the charges were announced, Dubose’s sister Terina Allen said seeing the video confirmed what the family knew – that her brother did nothing to provoke his death. While angry, she’s pleased that the video is witness to what really happened.

“They were ready to have two police officers say Sam dragged,” Allen started. “You have to understand that my brother got murdered on Sunday night and at 12:15 a.m. I got a call from my other brother to tell me that he was murdered. When I got off the floor three-and-a-half hours later I had to start researching everything I could about this case because I knew when he said he was killed by a police officer, that didn’t register for me that unless the police officer just killed him.”

Dubose’s mother Audrey quoted the Bible, repeatedly referencing her faith and her gratitude for supporters.

“I pray for everybody out there, all the soldiers who were out there marching with me for justice for my son,” she said. “And I hope that you continue to do this not just for my son, but for many others because and I am ready to join the battlefield because my heart goes out for so many.”

Dubose’s killing came less than a week after a routine traffic stop in Prairie View, Texas ended in the death of Sandy Bland. It remains unclear exactly how she died. The two are the most recent African Americans to die while detained by police in just over a year including Eric Garner, Michael Brown, Walter Scott and Freddy Gray.