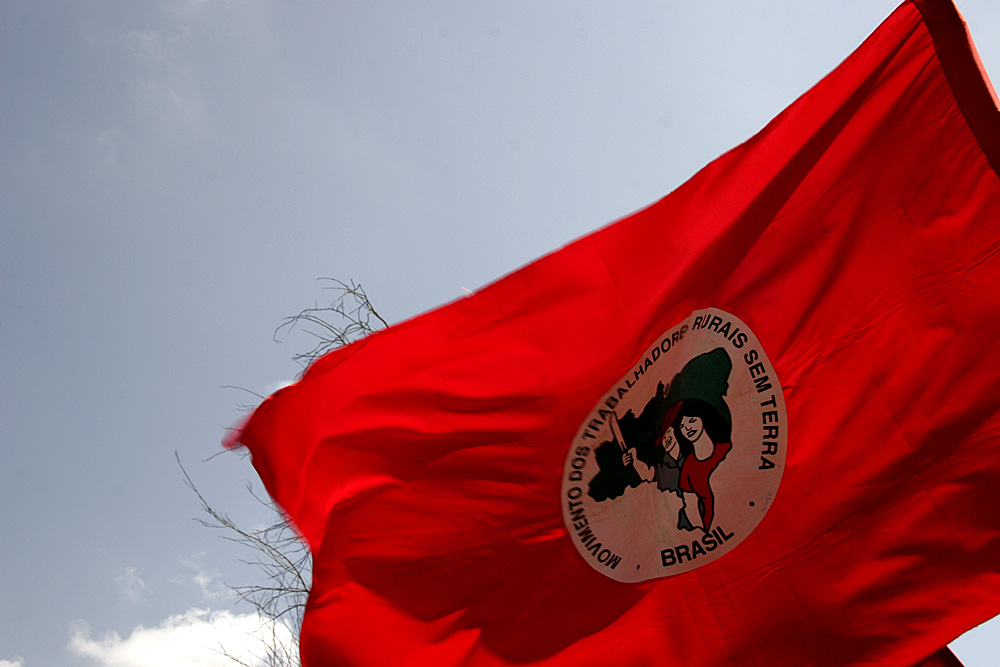 Militants from Brazil’s landless workers movement have mobilized in the capital Brasilia and across the country, alleging that the federal government is slashing its budget for agrarian reform. The group, one of Brazil’s largest and most famous popular social movements is demanding to meet with government officials where they will press for a the budget cuts to be reversed. From Sao Paulo, Sam Cowie reports.

An estimated 2,000 members of Brazil’s landless workers movement MST, which stands for Movimento dos Trabalhadores Sem Terra, are currently camped in the parking lot of Brazil’s Ministry of Finance in Brasilia.

The group alleges that Brazil’s federal government has cut funding for its agrarian reform bill by half, from around $1 billion to $500 million, while providing increased subsidies to big agribusiness.

The occupation began at 5:30 a.m. Monday when the group stormed the Ministry of Finance and occupied the building. They agreed to leave the building Monday evening, but set up camp in the parking lot. The protesters say they intend to remain there until they meet with government officials and receive answers to their demands that the funds be restored.

The MST says there are 120,000 landless families in camps across Brazil and the proposed budget cuts will completely halt their resettlement processes. In a video posted on Facebook, the group’s national coordinator Alexandre Conceição blames President Dilma Rouseff and Finance Minister Joaquim Levy for the funding reduction.

“Her first term was terrible for agrarian reform,” Conceição says. “Her second term is going the same way. And with the budget cuts from Joaquim Levy, things will only get worse.”

In addition to the action in Brasilia, MST has mobilized in 18 states across the country including São Paulo, Rio de Janeiro, Bahia altogether occupying a dozen state finance ministries.

One of Brazil’s largest social movements with an estimated 1.5 million members, MST formed during the late 1970s – when Brazil was ruled by a military dictatorship – and seeks to address the country’s historically uneven distribution of land.

The MST seeks land redistribution, agrarian reform and a more just society. According to the group, just three percent of the country’s population own nearly two-thirds of arable land.