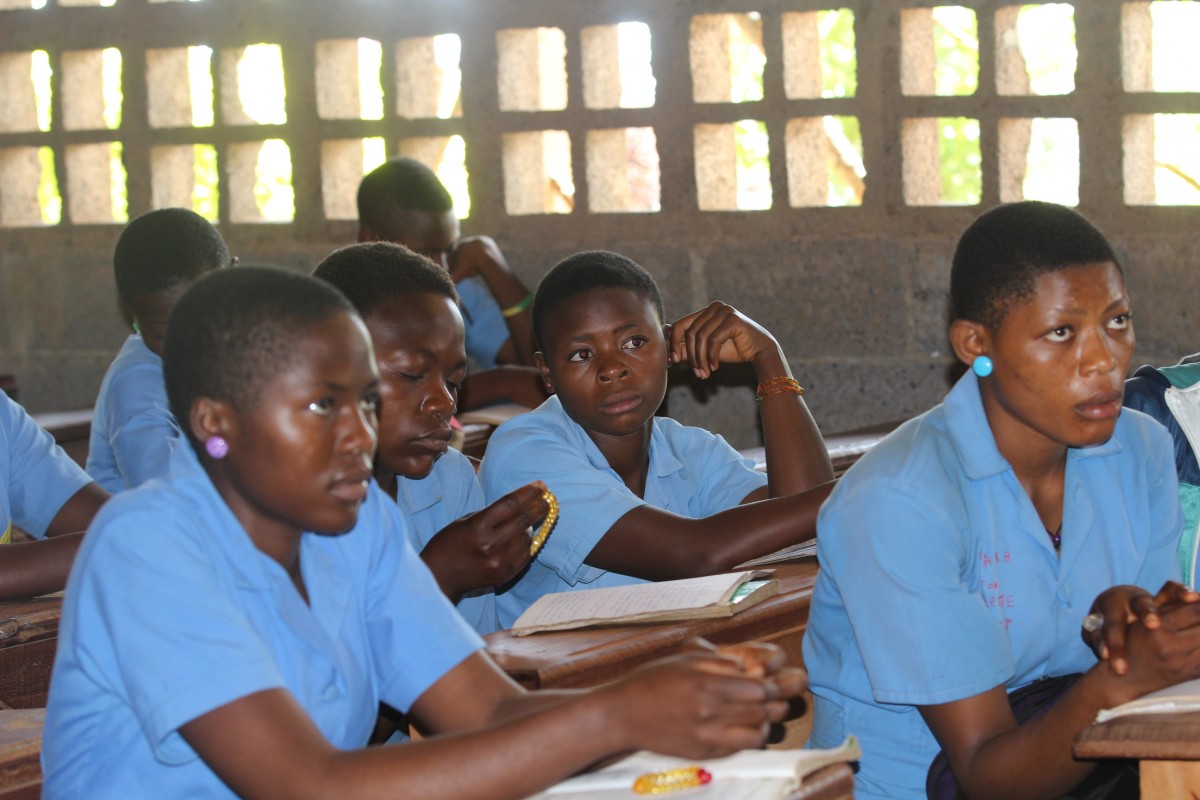 Human traffickers often target job seekers in underdeveloped countries willing to migrate for work and use force, fraud or coercion to hold victims in conditions of debt servitude or slavery. A common scheme is to promise decent jobs abroad and then trap victims once they are in a new country, far from their support networks.

Due to the hidden nature of human trafficking, the exact scope of the problem is unknown but the Walk Free Global Slavery Index estimates more than two hundred thousand people are enslaved in the Arabian Gulf countries governed by authoritarian monarchies. Many of the trafficking victims there come from Africa.

In the bustle of Cameroon’s urban centers, thousands of youth comb various offices in search of jobs. World Bank data puts the youth unemployment rate at over seven percent.

Frustration sets in, and many seek opportunities abroad.

That’s how Susan left the country for wealthy Kuwait. A recruiter told her she would have a well-paying job upon arrival. Susan’s family agreed to go into debt with the recruiter to pay for airfare and other associated expenses.

Once in Kuwait, a member of the recruiter’s network confiscated her passport, mobile phone and other personal documents and took her to the home of a wealthy family where Susan had to work long hours with little food.

“I wake up at 5 a.m. and go to bed at 1 a.m., at times no food,” Susan told FSRN. “I told them I don’t want to work again, they should send me back to my country. This woman said I am going nowhere, I have come to work I must work. I went down on my knees. [I had] nobody to talk to. I cried to God for help. I prayed and cried.”

Susan was able to contact her brother back in Cameroon. He called the employment agent who had collected her at the airport on arrival and threatened legal action. Instead of being released, Susan says she was put into the trunk of a car and taken to a market.

Beatrice Titanji, Vice President of Cameroon’s Trauma Centre for Victims of Human Trafficking, says these modern-day slave markets can be found throughout the Gulf states.

“They actually have booths as you would have in the market, and they are sold and bought for domestic service,” says Titanji. “So they move them to their various owners as negotiated before, because there are linesmen here in Cameroon who actually negotiate, get money, sell them at higher prices, sell them depending on the outlook of the victim as it happened 200 years ago during slave trade. Our children are sold and bought today in the Middle East.”

From the market, Susan ended up in another private home. One day, the man of the house tried to rape her. Susan turned to the man’s wife for help.

“I told the wife ‘this is what your husband has been doing to me. I want to go,’ thinking that was the solution,” said Susan, who turned to the wife for help. “The wife instead came, connived with the man and they tried to kill me. They opened my bag they took all my certificates: my Advanced Level, my O Levels, my birth certificate, my ID card, the little money I had on me (I worked for the six months). They removed everything on me, took everything,  left me with nothing. So I said I will report to the police. He said he will pay the police and tell them to rape me and kill me and the case will go nowhere.”

Susan’s is not an isolated case. Carine tells a similar story of how she left Cameroon with promises of a two-year contract of decent wages working as a maid.

Abuse became a part of her daily ordeal in Kuwait.

Carine has a scar on her hand from a knife wound inflicted during a violent rape attempt. She says the family made her share quarters with animals.

“I was sharing my toilet with four cats,” she remarks. “I was calling them my brothers and sisters, because those were the only people that I could play with. I didn’t have any friends. They never wanted to see me, yet I worked every day.”

When Carine complained she was sick, the family threw her out of the house. She roamed the streets sick, hungry and tired. But she eventually happened upon the Embassy of the Central African Republic in Kuwait.

Embassy staff took her to a hospital, helped her replace her stolen passport, and paid for her flight back to Cameroon.

Susan’s freedom didn’t come easily either. When her employer finally decided to let her go, they reported her to immigration authorities and she was imprisoned for one week prior to deportation.

The two women came back only with their passports and the clothes they were wearing.

In June, Kuwait’s National Assembly passed a law that gives greater protections on paper to domestic workers. But it’s still too early to gauge the effects of the new law in practice.

Trauma center vice president Beatrice Titanji says the government of Cameroon could also do more to protect its citizens from traffickers by aggressively prosecuting recruiters and middlemen. She also believes the creation of decent and better paying jobs will help stop migration in general.

For now, the government of Cameroon has not taken any concrete action to crack down on traffickers beyond verbal condemnations.