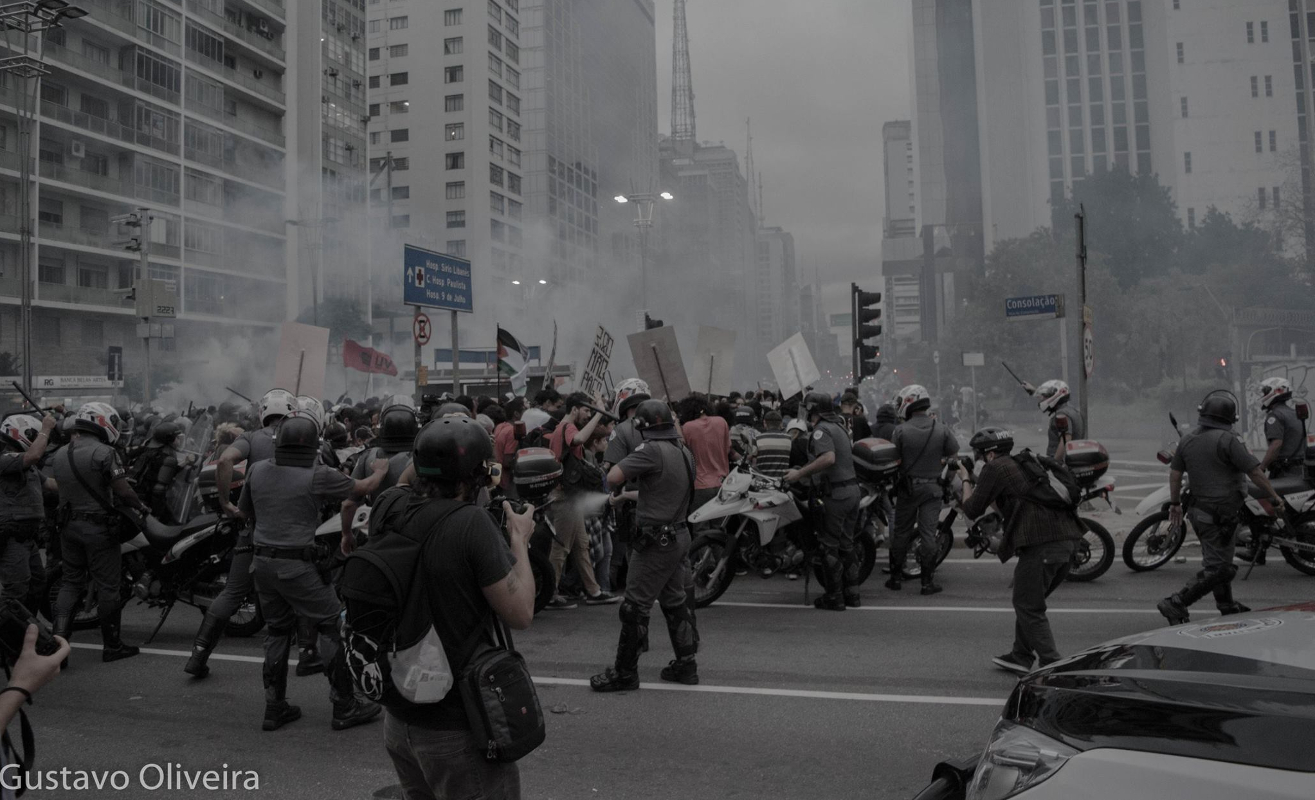 Brazil’s biggest city, Sao Paulo, is experiencing a new wave of protests that began a day before a proposed hike in public transport fees took effect. So far, the protests have been violently repressed by the state government’s military police. The protests come against a backdrop of rising unemployment and inflation as Brazil edges deeper into recession. Sam Cowie reports from Sao Paulo.

Seventeen-year-old student Ilonda Neves, who lives on the outskirts of Sao Paulo, says the fare hike forces her to stretch her already small monthly budget.

“The fare hike is going to have a huge effect on me, especially to do cultural things. To have access to this we have to use train and metro. We can’t afford it. And neither can our parents,” Neves explains. “We are students also and don’t have an income that allows us to always do what we want when we want. This price rise will make things even more difficult.”

The hike raises the fare of a bus or metro ticket to just under US$1, a lot of money when you consider that it’s common for Sao Paulo residents to take four trips a day and minimum wage is around US$200 a month. High rents have forced many of the city’s poor to the outskirts, thereby making their commutes more expensive.

Retiree Paulo Francesco Bruno says although the raise is just 8 percent, over the course of year this leads to a huge sum.

“It’s an huge impact. When you consider the price of a return ticket, then multiply that by seven, then by a month,” Bruno points out. “You can imagine for a person who earns minimum wage, or less than this, it’s a lot of money. It seems little, but by month, by year it’s astronomical. And it really affects the most vulnerable citizens.”

Police have responded to the protest thus far with violence. Twenty-eight injuries were documented at a protest on Tuesday.

Sao Paulo public security secretary Alexandre Moraes denies heavy-handed tactics at the protest, despite the frequent use of tear gas and stun grenades and videos of police clubbing unarmed protesters as they retreated.

Speaking by phone, Luize Tavares, a spokesperson of Sao Paulo’s Free Pass Movement, the group organizing the protests, said the group will keep up pressure until the fares hike is revoked, something they achieved during the 2013 protests.

“We know that during protests the police are there and ready to use force,” Tavares explains. “But since 2013, with all the repression there was then, we have always maintained a position that we absolutely will not stop calling for protests on account of police repression.”

The protests come against a backdrop of worsening political crisis and economic recession. Unemployment and inflation are at their highest levels in years and the economy is expected to shrink by at least three percent this year.

While most analysts consider impeachment unlikely, they say the longer the proceedings drag out, the worse things will be.