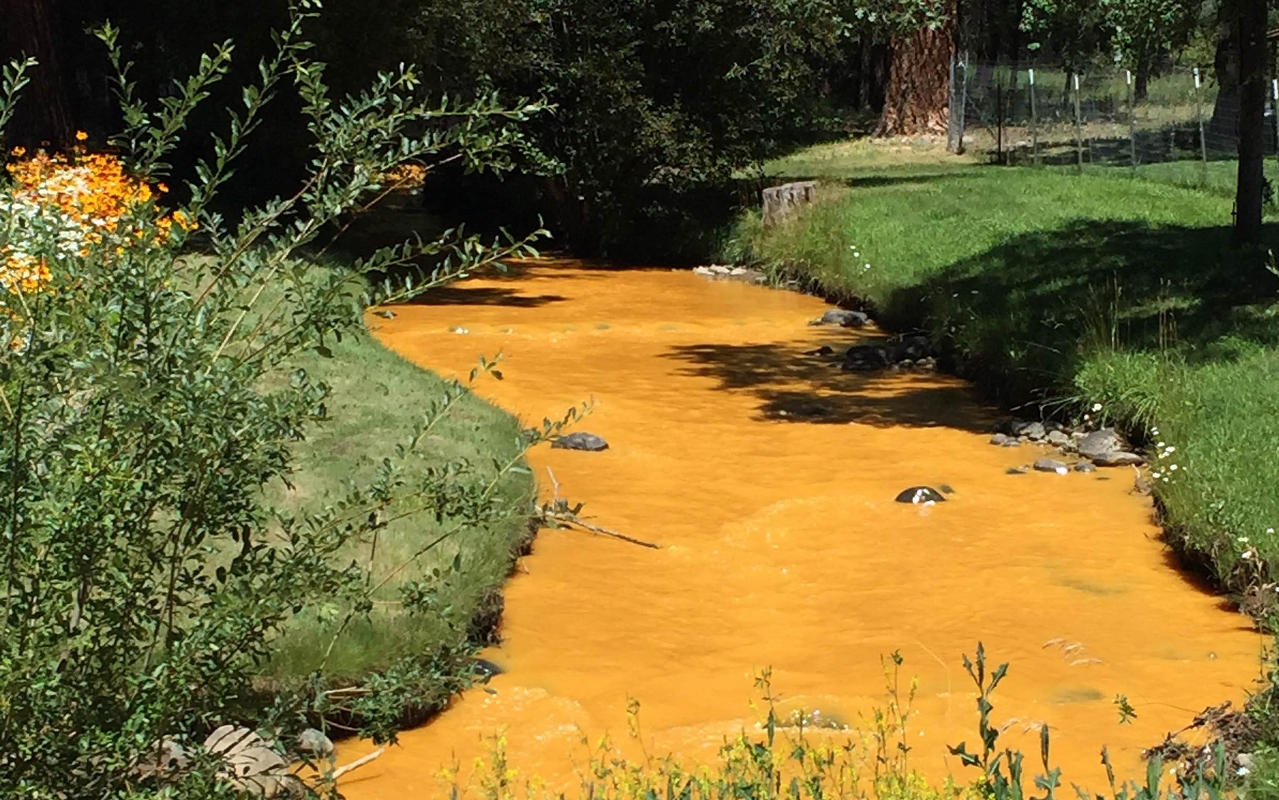 A portion of the Animas River that runs through Durango, Colorado was closed this week following a waste water leak at the Gold King Mine above Silverton. At least a million gallons of acidic waste flowed into the river, forcing local officials to warn the public against even physical contact with the water. Hannah Leigh Myers has the story.

By Thursday, high concentrations of iron, aluminum, cadmium, zinc and copper had turned the part of the Animas that runs through Durango, Colorado a thick orange color forcing the city to close the river to public use. Irrigation systems were shut off and the city of Durango has stopped pumping water out of the river to protect the water quality in the local reservoir.

Durango is one of Colorado’s most popular destinations for rafting, tubing and fly fishing and Buck Skillen, an associate working at Duranglers fly shop, says all river related recreational business is on hold until a solution is found and fly fishermen in particular are waiting to see how the acidic water will affect Animas River fish.

“Our CPW, Colorado PArks and Wildlife, folks have put live cages with small fish in them to judge what the immediate impact tot he fishery is,” Skillen said. “And if those fish go belly up they will be tested.”

The EPA released a report saying that the spill occurred when an EPA team attempted to access metal contaminated water in the Gold King Mine owned by San Juan Corporation, and determine how best to treat it. The EPA mining and safety team discovered more polluted water than expected leading to the leak. The Animas River is closed indefinitely. The EPA says it’s unlikely the ecosystem will be severely damaged, but locals are voicing their doubts and are waiting for the results of multiple water quality tests being conducted by various parties.