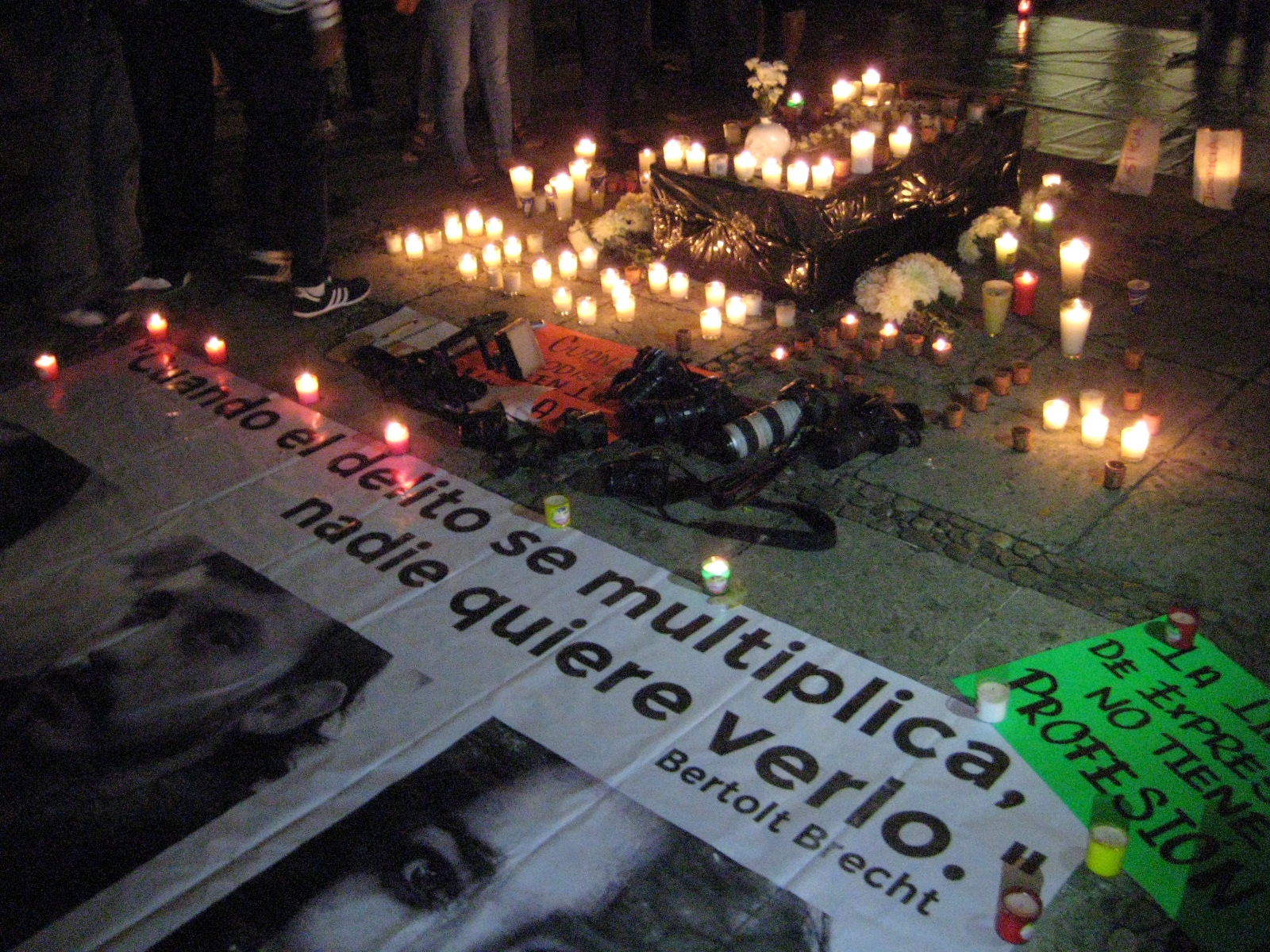 "When the crime multiplies, no one wants to see it," reads a quote from Bertolt Brecht on a banner bearing the images of Ruben Espinosa and Nadia Vera.

A multiple homicide in Mexico has once again put violence against women, activists and the press in the international spotlight. This time the crime occurred in the capital city – a metropolis considered a safe place for threatened journalists. And while Mexico City authorities have made an arrest in connection with the case, the massacre has shaken the city’s hard-won reputation as relatively secure bubble in a country racked by years of violence.

Journalists, activists and everyday citizens have participated in demonstrations, vigils and other public ways of calling for justice in the case. Shannon Young took these photos at a vigil in Oaxaca City Wednesday for the five murder victims. 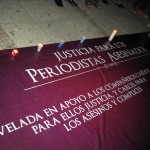 “Justice for Murdered Journalists” reads a banner at a vigil in Oaxaca City on Aug. 5, 2015. 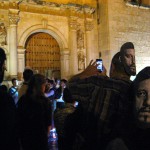 At vigils across the country, attendees donned masks with the face of murdered photojournalist, Ruben Espinosa. 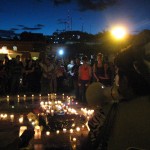 A journalist speaks to more than 100 people who came out to demand justice for the victims. 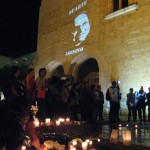 The face of Veracruz Governor Javier Duarte looms over the vigil from a projection on a wall. “Duarte, murder” it reads. Many in Mexico believe the governor was behind the killings. 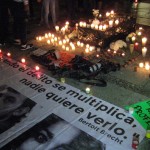 “When the crime multiplies, no one wants to see it,” reads a quote from Bertolt Brecht on a banner bearing the images of Ruben Espinosa and Nadia Vera. 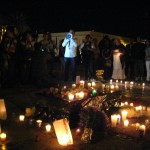 A reporter addresses vigil attendees through a megaphone. 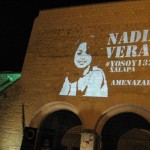 Nadia Vera’s image was among many images former convent of Santo Domingo. Vera was active with the Yo Soy 132 student movement which opposed the PRI party’s return to power. 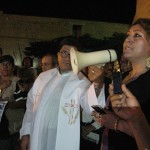 This woman identified herself as a regular citizen, outraged by the murders. She said the murder of the house keeper in the group of five struck a nerve and asked journalists not to make the domestic workers invisible in coverage of the multi-homicide. 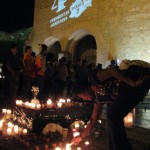 A woman lights candles while a projection in the background reminds onlookers that two journalists have been murdered this year in Oaxaca. 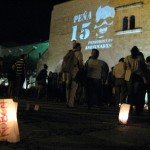 Ruben’s candle-lit name with a projection that says 15 journalists have been murdered since President Enrique Peña Nieto took office. 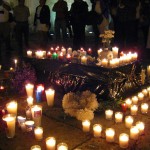 Participants in the Oaxaca City vigil built a small altar adorned with candles and flowers for the dead. 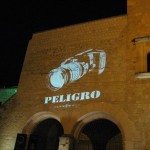 “Danger” reads the projection of a photojournalist’s professional camera.