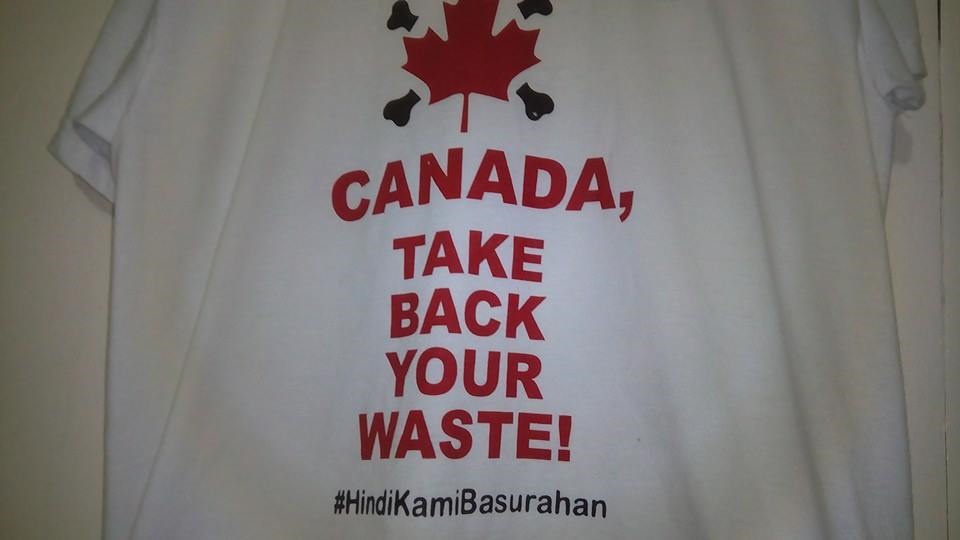 Environmentalists first discovered the waste in storage containers at the Manila port two years ago. Despite protests, waste from 26 of the 103 containers was recently buried in a landfill in Tarlac province in the northern Philippines. Locals intervened to prevent further dumping. Madonna Virola reports.

Environmental activist Medilyn Manibo is one of more than 36,000 people to sign an online petition by Ban Toxins calling on Canada to take back waste that’s been sitting in the Port of Manila for the past two years. The containers were discovered in two batches, both exported from Canada by Chronics Incorporated. The shipments were sent to the Philippines through two import companies – Chronics Plastics and Live Green Enterprises.

All together, the more than 100 containers were declared to be filled with plastic recyclables. But when they went unclaimed at the port, customs officials discovered that they were actually filled with various kinds of household wastes, like used adult diapers.

“It’s really a clear sign of irresponsibility on the side of the Canadian government to let this just be dumped and the Filipinos should not let this be dumped in the Philippines and be processed here,” says Manibo.

The Philippines’ environmental regulatory agency declared the garbage from Canada non-hazardous. But environmentalists say the tests they used were flawed. Until recently, the garbage was being transferred to Tarlac Province for disposal, until local officials put a stop to it.

Anna Kapunan is the coordinator of Chemicals Management for the NGO Ban Toxins: “Under the Basel Convention, which we’ve been invoking, this dumping is illegal and prohibited.”

The Basel Convention is an international agreement on waste disposal. Both Canada and the Philippines are signatories. The convention aims to prevent the transfer of hazardous materials from developed countries into less developed ones.

The Philippines’ Department of Foreign Affairs recently announced that it will lodge a diplomatic protest with the Canadian government. In a written statement, the Canadian Embassy said they have no domestic laws to compel the Canadian exporter, Chronics Incorporated, to take the garbage-filled containers back.

Environmental watchdogs Basel Action Network and BAN Toxics are calling for the Philippines’ Foreign Affairs and Environment Office to alert the Implementation and Compliance Committee at the Basel Convention, and report Canada’s failure to abide by the treaty.

“If the Philippine government does not file an official statement in Basel Convention,” warns Ban Toxins’ Kapunan, “the worst scenario would be the garbage would be disposed here in the Philippines and it will serve as a precedent for all other shipment to come and that’s what we’re trying to prevent,” Kapunan points out.

Philippine lawmakers have filed resolutions in the House of Representatives to conduct a probe. Among them is Congresswoman Leah Paquiz of the Ang Nars party.

“We should push this government to get back their garbage because our country is not a garbage can. This is a country who has integrity,” says Paquiz, who holds the Canadian government responsible.

Charges have been filed in the Philippines against the local importers, but no legal action has been taken in Canada. It’s been almost a year since Paquiz first filed a Congressional resolution on the matter. She’s filed two more since, to no avail.